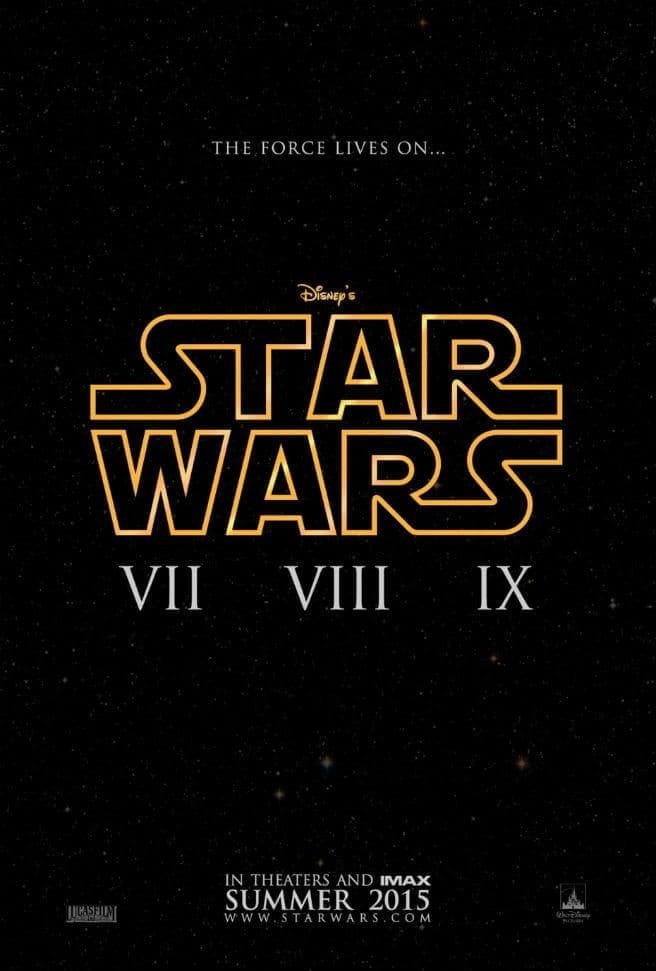 After a bevy of emails and phone calls, the formalities have been wrapped up, and at long last everyone can exhale and properly share the word with an excited Internet. Yes, J.J. Abrams will direct Star Wars: Episode VII, the first of a new series of Star Wars films to come from Lucasfilm under the leadership of Kathleen Kennedy. Abrams will be directing and Academy Award-winning writer Michael Arndt will write the screenplay.

“It’s very exciting to have J.J. aboard leading the charge as we set off to make a new Star Wars movie,” said Kennedy. “J.J. is the perfect director to helm this. Beyond having such great instincts as a filmmaker, he has an intuitive understanding of this franchise. He understands the essence of the Star Wars experience, and will bring that talent to create an unforgettable motion picture.”

George Lucas went on to say “I’ve consistently been impressed with J.J. as a filmmaker and storyteller.” He’s an ideal choice to direct the new Star Wars film and the legacy couldn’t be in better hands.”

“To be a part of the next chapter of the Star Wars saga, to collaborate with Kathy Kennedy and this remarkable group of people, is an absolute honor,” J.J. Abrams said. “I may be even more grateful to George Lucas now than I was as a kid.”

J.J., his longtime producing partner Bryan Burk, and Bad Robot are on board to produce along with Kathleen Kennedy under the Disney | Lucasfilm banner.”

Also consulting on the project are Lawrence Kasdan and Simon Kinberg. Kasdan has a long history with Lucasfilm, as screenwriter on The Empire Strikes Back, Raiders of the Lost Ark and Return of the Jedi. Kinberg was writer on Sherlock Holmes and Mr. and Mrs. Smith.

Abrams and his production company Bad Robot have a proven track record of blockbuster movies that feature complex action, heartfelt drama, iconic heroes and fantastic production values with such credits as Star Trek, Super 8, Mission: Impossible Ghost Protocol, and this year’s Star Trek Into Darkness. Abrams has worked with Lucasfilm’s preeminent postproduction facilities, Industrial Light & Magic and Skywalker Sound, on all of the feature films he has directed, beginning with Mission: Impossible III. He also created or co-created such acclaimed television series as Felicity, Alias, Lost and Fringe.