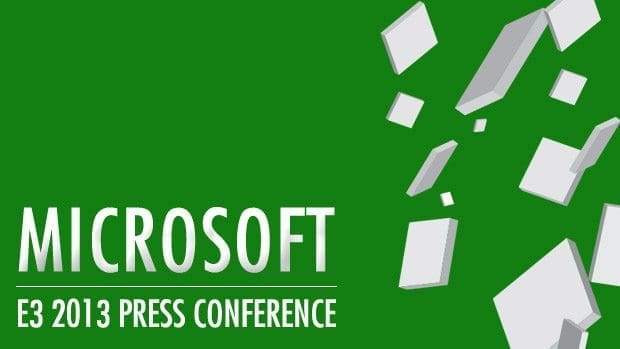 People said Microsoft needed to bring it today; seems like they sure gave it their all. While not an exclusive they kicked off the show today with Hideo Kojima’s Metal Gear Solid V: The Phantom Pain. Phantom Pain is set to overhaul the series, being open world for the first time. The game is unarguably beautiful, though not an Xbox One exclusive. It’s good to know they have a ‘true’ Metal Gear game in the works for the first time in a while.

This news branched into Xbox Live Gold accounts, which starting later this summer will be getting 2 full games a month to keep, rather than rent for free. The first games scheduled for this program are Assassins Creed 2 and Halo 3.

The 360 news was quickly rounded out with trailers for a non-port ground up version of World of Tanks, a new platforming ‘rescue the kid brother after wishing him away” story cartoony looking game called Max: The Curse of Brotherhood, and finally a trailer for Dark Souls II.

XBOX ONE
The rest of the show was all about the Xbox One games. Starting with a live demo of RYSE which included lots of small “quick time combat” events.

Following this was arguably one of the most anticipated announcements in years, a revival of Rare’s Killer Instinct franchise, with in-game footage and later on even some live play.

Insomniac games took the stage next to introduce Sunset Overdrive, which appeared to be a fairly open world, cartoony yet realistic monster horde killing game. It showed characters jumping off walls and riding zip lines while blowing open monster heads with animated text in the shape of explosions like ‘Boom’ etc. Curious about it, really could have used a bit more stage time.

Microsoft had a car onstage today. A rare care at that, which was used as eye candy for the Forza 5 fans as they introduced “Driveatar” [Ed: Which is the greatest word ever added to the English language.] a cloud based “AI” system that learns to drive like you and continues to compete with you friends and others for points when you’re not playing the game yourself. Interesting concept and could lead to a completely different way to play games if it spreads across other genres.

Least surprising, yet readily welcomed by all is Minecraft Xbox One Edition. It’s essentially the same game but bigger maps, more people, etc. You didn’t honestly expect a graphical upgrade or anything did you?

Quantum Break was shown again, this time it made quite a bit more sense than it’s original debut. It’s about time stopping and the company behind it getting attacked for the technology. Still need more info on this one but it’s not as unexplained as before.

D4, a cel-shaded episodic game from the maker of Deadly Premonition, Swery65 was mentioned. Not much else is known currently, more as we get it.

Project Spark is one of the most ambitious titles I’ve seen in years. A create your own game game, starting from the base model level of the world, up to how characters and objects interact, and you can modify it in real-time as the game is progressing. Examples included modifying the terrain with a fireball to create a lava pit to stop an incoming army of goblins, and turning a small rock into a huge rock mech.

Not to be outdone by Sony’s uStream partnership, Microsoft introduced a partnership with Twitch TV to instantly stream live as well as their own Upload Studio, a Game DVR application that records your sessions and lets you go back and edit them, add audio, adjust timings, and then upload to your friends. Tit for tat, possibly better but can’t tell until a side by side is shown.

Dead Rising 3 is back with a new open world design as well as a new protagonist. Demo made the world look massive for sure, but not much was given about the story. Weapon combo-system is back though as we saw a sledge-hammer combined with a table saw. Very nice.

Witcher 3, is coming to Xbox One to finish the story of the first two games. Also going open world for the first time in its franchise. Honestly I feel bad having never played a Witcher game myself, especially seeing how close to the Fable style gameplay this one appears.

Battlefield 4, barring some technical difficulties behind the scenes getting it up on the screen, was a beautiful demo. Everything about it is just stunning. If the gameplay is just as good when it comes to multiplayer we may finally see a flip in who holds the top shooter spot on the charts. Xbox One will also be getting the first set of DLC before anyone else.

Another semi-indie title was shown with What Lies Below. Not a lot to say here again sadly –they really blew through a ton of games at this point. It’s from the creators of Superbrothers Sword and Sorcery and honestly reminds me of classic Zelda dungeons based on the limited amount of screen time it got.

An unannounced game from “Black Tusk” was shown as a clip; we see only about 20 seconds of someone scaling a huge skyscraper at night in the middle of neon lights and fireworks, and then the person seems to relieve another person of their weapon. Pretty but no solid details given on it so far beyond they’re one of five new studios backed for Xbox One Exclusives.

Next up we see a man walking through the dessert sand in a cloak, no idea what it could be then a huge mechanical monster comes out of the sand in front of a pile of bodies. A hand comes out from the cloak holding dogtags, then the hood drops to reveal Master Chief. Could this be Halo…5? The teaser ends there with just the Halo franchise name shown. No idea what this means other than more Halo with Chief is on the way. I personally can’t complain about that.

TitanFall, the long-awaited franchise from Respawn Entertainment the previous creators of Call of Duty: Modern Warfare ended the show. The basic idea could be summarized as a futuristic shooter very similar in style to CoD however its different enough to separate itself at the same time.

And Mechs. Big mechs everywhere. Soldiers and Mechs from the CoD guys.

Regardless of how it ends up in the end, it will sell. I’d like to get a demo in my hands before making a personal call on it.

Oh you want more? I suppose we could tell you the Xbox One is due out at a price of $499 in November. That’s what you wanted right?

Oh Fable 4? Sorry, we wanted that too but we’re still waiting it seems.

For more on E3 keep your browser here at GNN as the week continues.

“MOBILE” suit up in DYNASTY WARRIORS: GUNDAM REBORN for the PS3