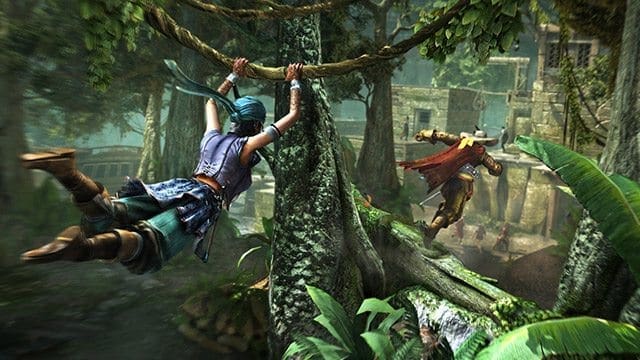 Earlier today the Best Buy website revealed a bit about what we’ll be doing after the main story in the Assassin’s Creed IV DLC from the season pass. Apparently the story will continue not as Edward Kenway, but as his first mate, Adewale. The season pass is advertised at $20 and says it’s half of what the price would be to purchase the content individually, so a savings of $20 as well. Seems a bit better than most season passes we’ve had in the past, but that also depends on the amount and size of content they’ll be providing via DLC.

From the product description:

It is 1715. Pirates rule the Caribbean, terrorizing navies and humiliating empires. From sinking warships to conquering fortresses, Captain Edward Kenway stopped at nothing to earn his fortune and legend. Yet, the adventures of his first mate, Adewale, have never been revealed. Until now. Pre-order Assassin’s Creed IV Black Flag Season Pass now for the chance to play as Adewale, a new assassin who will take you even deeper into the real explosive events of the Golden Age of Pirates.

Also mentioned in the product features is more multiplayer content and character customization options, on top of the single player missions of “Adewale”. What all that will be, remains to be seen.

SimCity: A Review Without Progress