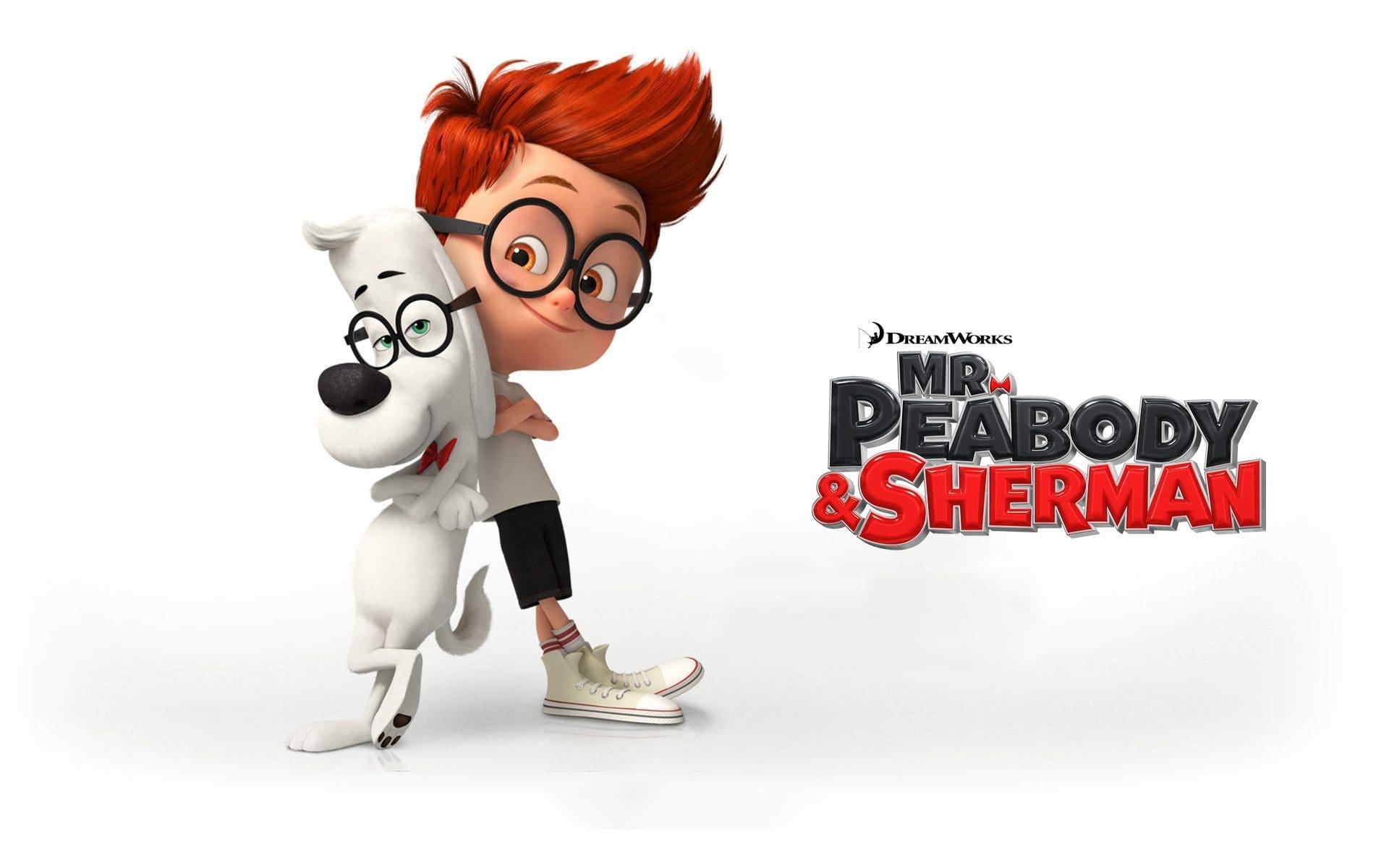 I saw the preview for Mr. Peabody & Sherman before some other movie that I was about to see, and I was squeeing with joy!  None of the kids, however, had any clue as to what was going on, or why I was so excited about this movie.  That is a good overview of the film itself.  Those of us who grew up watching Rocky & Bullwinkle will appreciate the nostalgia and some well beloved characters, while the children will enjoy a fast paced ride through some kid-based humor.  That being said, most of the humor in here is really aimed at the adults.  Not in a double entendre sort of way, just more in the experience and knowledge levels.  The average child doesn’t know who Oedipus or Spartacus are, or why their names mentioned in dialogue are well done and funny.

We open with an updated introduction to the titular Mr. Peabody (Voiced by Ty Burrell) giving a run down of his rather impressive curriculum vitae, which is lifted, save for modernization, right from the first Peabody’s Improbable History cartoon.  The attention to these little details was fun for me, and showed a definite love for the source material.  Granted, there have to be some major modifications to make a five minute cartoon into a ninety minute feature film, but I was impressed with how little filler there was.  The writers did a nice job of building Mr. Peabody up into a believable character, especially for the newcomers.  Of course, suspension of disbelief is a requirement, but then you ARE watching a movie about a talking dog who has adopted a human boy (again with dialogue lifted directly from the original cartoon).

The pace is quick enough to keep the younger viewers engrossed, and there is enough child-level humor to keep them entertained.  And, let’s be honest; I can watch Robespierre get tasered all day (I wonder if there is the four hour loop mix on Youtube yet?).  Mr. Peabody’s vocabulary will be above the heads of most kids, though, so expect to have to explain some words.  For vocabulary fans, though, this film is going to make you squirm with delight!

The voice acting was very well done, and there were many funny cameos to spot.  There is definite re-watch value just to pick them out.  Though the main characters of Sherman and Mr. Peabody were just a little off, they were also very well done, and it was not jarring to hear their voices replace the ones in my memory.  Kind of like how new Kermit isn’t the original Kermit, but now he is Kermit.

The film has a meaningful level as well, exploring the themes of family, acceptance, and the little things that can hurt someone’s feeling if you don’t pay close enough attention.  It was all wrapped up well at the end, though I did think that Penny got off pretty easily for being a manipulative bully the whole way through the movie.

All in all, definitely a good time, and I’ll be looking for this movie when it comes out on DVD to add to my collection.

Synopsis: The time-travelling adventures of an advanced canine and his adopted son, as they endeavor to fix a time rift they created.