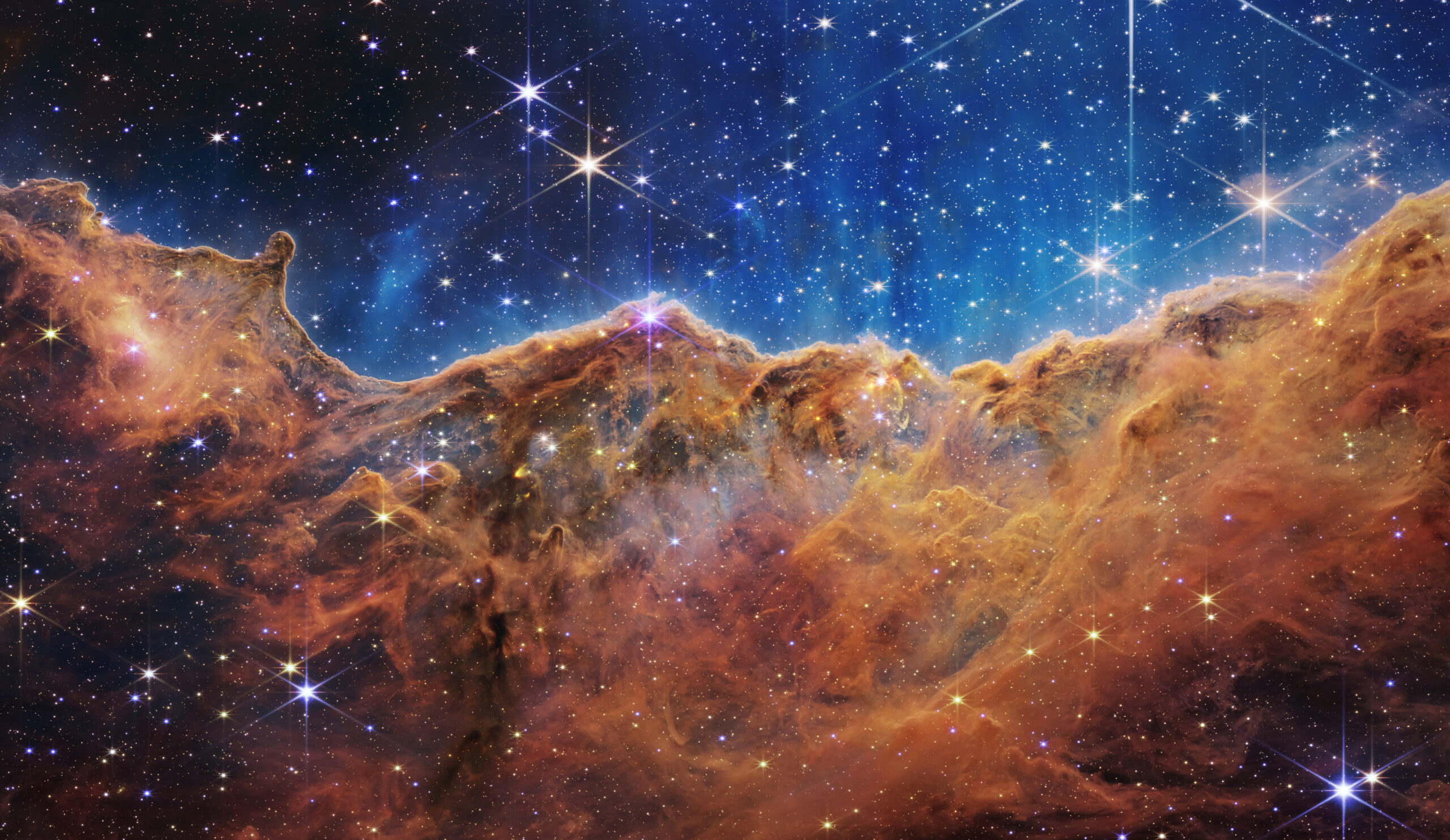 The dawn of a new era in astronomy is here as the world gets its first look at the full capabilities of NASA’s James Webb Space Telescope, a partnership with ESA (European Space Agency) and CSA (Canadian Space Agency).

The full set of the telescope’s first full-color images and spectroscopic data, which uncover a collection of cosmic features elusive until now, released Tuesday, are available HERE.

“Today, we present humanity with a groundbreaking new view of the cosmos from the James Webb Space Telescope – a view the world has never seen before,” said NASA Administrator Bill Nelson. “These images, including the deepest infrared view of our universe that has ever been taken, show us how Webb will help to uncover the answers to questions we don’t even yet know to ask; questions that will help us better understand our universe and humanity’s place within it.

“The Webb team’s incredible success is a reflection of what NASA does best. We take dreams and turn them into reality for the benefit of humanity. I can’t wait to see the discoveries that we uncover – the team is just getting started!”

NASA explores the unknown in space for the benefit of all, and Webb’s first observations tell the story of the hidden universe through every phase of cosmic history – from neighboring planets outside our solar system, known as exoplanets, to the most distant observable galaxies in the early universe.

“This is a singular and historic moment,” said Thomas Zurbuchen, associate administrator for NASA’s Science Mission Directorate. “It took decades of drive and perseverance to get us here, and I am immensely proud of the Webb team. These first images show us how much we can accomplish when we come together behind a shared goal, to solve the cosmic mysteries that connect us all. It’s a stunning glimpse of the insights yet to come.”

“We are elated to celebrate this extraordinary day with the world,” said Greg Robinson, Webb program director at NASA Headquarters. “The beautiful diversity and incredible detail of the Webb telescope’s images and data will have a profound impact on our understanding of the universe and inspire us to dream big.”

Webb’s first observations were selected by a group of representatives from NASA, ESA, CSA, and the Space Telescope Science Institute. They reveal the capabilities of all four of Webb’s state-of-the-art scientific instruments:

“Absolutely thrilling!” said John Mather, Webb senior project scientist at NASA’s Goddard Space Flight Center in Greenbelt, Maryland. “The equipment is working perfectly, and nature is full of surprising beauty. Congratulations and thanks to our worldwide teams that made it possible.”

The release of Webb’s first images and spectra kicks off the beginning of Webb’s science operations, where astronomers around the world will have their chance to observe anything from objects within our solar system to the early universe using Webb’s four instruments.

The James Webb Space Telescope launched on Dec. 25, 2021, on an Ariane 5 rocket from Europe’s Spaceport in French Guiana, South America. After completing a complex deployment sequence in space, Webb underwent months of commissioning where its mirrors were aligned, and its instruments were calibrated to its space environment and prepared for science.

The James Webb Space Telescope is the world’s premier space science observatory. Webb will solve mysteries in our solar system, look beyond to distant worlds around other stars and probe the mysterious structures and origins of our universe and our place in it.

NASA Headquarters oversees the mission for the agency’s Science Mission Directorate. NASA’s Goddard Space Flight Center in Greenbelt, Maryland, manages Webb for the agency and oversees work on the mission performed by the Space Telescope Science Institute, Northrop Grumman, and other mission partners. In addition to Goddard, several NASA centers contributed to the project, including the agency’s Johnson Space Center in Houston, Jet Propulsion Laboratory in Southern California, Marshall Space Flight Center in Huntsville, Alabama, and Ames Research Center in California’s Silicon Valley, and others.

For a full array of Webb’s first images and spectra, including downloadable files, visit: https://webbtelescope.org/news/first-images