Albuquerque, NM – Sabaku Con is a new anime convention to take place in Albuquerque and we want to celebrate our first year by announcing a few guests! Scheduled to appear are voice actors Mary Elizabeth McGlynn, Troy Baker, and Warky T. Chocobo. Additionally, our cosplay guest is Electric Lady. Sabaku Con will be held on April 12-14 at the Crowne Plaza Albuquerque in Albuquerque, New Mexico. As a director, Mary Elizabeth recently finished directing the first season of “Stitch!” for The Disney Channel and the ADR on the animated feature film “Dino Mom”. She is currently directing “Naruto: Shippuden” for Disney XD. She has directed the 4 “Naruto” movies as well as “Naruto” the series for which she received the 2008 SPJA award for best director. Among her many other directing credits are “Cowboy Bebop” the series, “Cowboy Bebop: Knockin’ on Heaven’s Door”, “Wolf’s Rain”, the movie “Appleseed” and was a co-writer for the American adaptation of “Metropolis”. She also directed the original animated series “Gormiti Lords of Nature” for Cartoon Network and “Wild Animal Babies” for PBS.

For the gaming world, Mary Elizabeth McGlynn directed Samuel L. Jackson and Ron Perlman as well as the rest of the original cast in the recently released, “Afro Samurai” game. She also directed the entire cast of “iCarly” for their interactive game. Mary Elizabeth has directed the voice work for “Soul Calibur Legends”, “Resident Evil: Umbrella Chronicles”, “Devil May Cry 3”, “3.5” and “4”, “Spyhunter”, the “Naruto Clash of Ninja” and “Ultimate Ninja” series, as well being second director for “Kung Fu Panda”. Troy can also be heard in lead roles for blockbuster video game titles like Abbaddon in “Darksiders, Snow Villers in “Final Fantasy 13”, Allen in “Modern Warfare 2”, Brooks in “Call of Duty: Black Ops”, Kanji in “Persona 4”, Vincent Brooks in “Catherine” and many others. Recently, Troy provided his voice and bodywork for Jake Muller in “Resident Evil 6”.

As an actor, Troy Baker has excelled in the on camera industry. He has starred alongside Val Kilmer (Tombstone), Karl Urban (Star Trek), Steve Zahn (That Thingy You Do!), Elizabeth Banks (W), Glenn Morshower (24), and Lou Diamond Phillips (La Bamba). Troy was the host and co-producer for the hit reality TV show, “Road Rage”, which spotlighted pop culture conventions around the country. Now residing in Los Angeles, Troy continues to write and record music. Fan favorite, Steve Nunez, aka Warky T. Chocobo will also be attending Sabaku Con 2013. Warky is an award-winning singer, lyricist, sound editor, music composer, editor, and voice actor for video Games, film, comic books, and audio books. He grew up playing video games, first on his Commodore 64, and eventually at the ripe age of 5, playing Nintendo. Warky remembers popping in Super Mario Brothers, and from the moment that first note played, he was hooked. From that point on, Warky wanted to learn to play piano so that he could recreate the melodic tones he heard. However, being too poor for lessons, Warky taught himself to play the piano without using his thumbs.

As a voice actor, Steve broke into voice acting first for an Anime Abridged Series of “Cardcaptor Sakura”, and then for video games in Nexon’s “Dungeon Fighter Online”. He has been in many video games such as “Return of the Guitar Lord” and “Abandoned”, as well as many media productions for radio, animation, trailers, narrations, and commercial work. As a musician, Steve is the lead singer of the Parody Latter-Day Saint (LDS) Band, “They Might Be Elders”. He has composed for many video games, and has sound edited various audio books and other media.

Finally, cosplay guest Electric Lady is scheduled to make an appearance at Sabaku Con 2013. Electric Lady, also known as Kara is a prolific cosplayer and cosplay photographer from Arizona. She has been cosplaying since 2005 with a fast growing collection of detailed costumes. Not always in front of the lens, Electric Lady also has a passion for cosplay photography; often taking beautiful photos that can be seen from her friends’ cosplay portfolios. You find her work online in interviews, and also published world-wide in cosplay magazines and books.

Electric Lady has worked with organizations such as Crunchyroll, Cosplay Photographers, and Funimation, along with running cosplay cafes and panels at local conventions. With such a large following that has grown over the past few years, she is known for being very helpful to cosplayers who have questions. Electric lady’s advice to her fans is “Just make sure to have fun. In the long run, cosplay is just a hobby whether you do it full time or not. So, it doesn’t always have to be a competition”.

Get the latest news on upcoming Sabaku Con events by liking us on Facebook.

Sabaku Con will be held on April 12th to the 14th, 2013 at the Crowne Plaza in Albuquerque, New Mexico. Sabaku Con was created to help build the Anime fan community in Albuquerque. It is ran by Monkey Paw Entertainment, which also owns and operates Saboten Con and Con-Nichiwa in Arizona.

Our goal is to build a strong local fan based convention that is ran by and for the people of Albuquerque. This will allow us to put on a top notch event while helping build up our local staff. We also want to work in a symbiotic relationship with other events that are held in the surrounding Albuquerque area so that we do not impact any other events, but instead help grow a stronger community. For more information or interested in volunteering, visit http://sabakucon.com/. 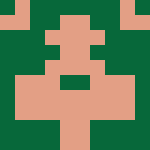