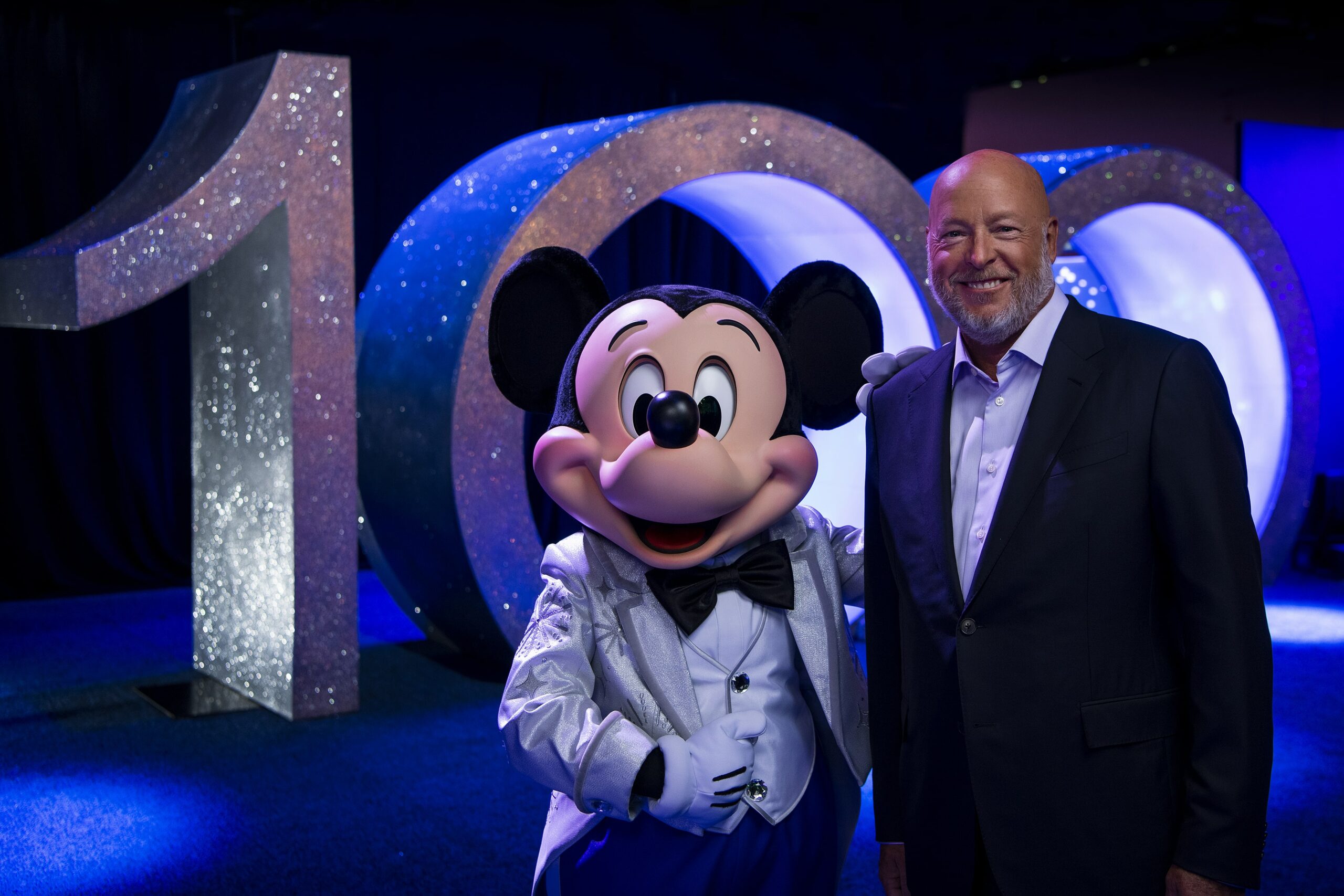 From dazzling new movies and an immersive exhibit touring the world to amazing theme park spectaculars and collectible merchandise, fans and families will enjoy new entertainment, experiences, and events from every corner of The Walt Disney Company

New and exciting details about Disney 100 Years of Wonder were revealed this past weekend to fans during D23 Expo 2022 presented by Visa. Disney100 will be the largest cross-company global celebration in the 100-year history of The Walt Disney Company, and it will officially kick off during Dick Clark’s New Year’s Rockin’ Eve with Ryan Seacrest on ABC.

“Ten decades of creativity, innovation, and determination created The Walt Disney Company you know today—the most enduring and beloved name in entertainment,” said Disney CEO Bob Chapek during the opening ceremonies of D23 Expo. “It’s an awesome responsibility to lead Disney as we begin our second century of telling stories and creating magic that will endure for another 100 years.”

Guests at the Ultimate Disney Fan Event were the first to see Mickey Mouse in his shimmering new “platinum” outfit, designed to reflect the optimism and creativity of Disney as the company celebrates 100 years and looks toward the next century. And throughout the weekend, fans heard about incredible new entertainment, experiences, and events coming from every corner of The Walt Disney Company for the celebration. From Walt Disney Animation Studios’ 2023 release Wish and Disney100: The Exhibition, which will tour domestically and internationally beginning next year, to new spectaculars opening at Disneyland Resort, amazing collectible merchandise, and more, here’s a taste of what’s to come during Disney100:

On Friday inside the 7,000-seat Hall D23, Jennifer Lee, chief creative officer of Walt Disney Animation Studios announced Wish, an epic original animated musical inspired by the studio’s legacy of films and features all-new songs by Grammy®-nominated artist Julia Michaels. The magical story, which looks ahead to the next 100 years for the studio and explores how the wishing star that so many Disney characters wished upon came to be, is set in Rosas, a fantasy kingdom where wishes literally can come true. Inspired by watercolor illustrations of fairytales that fascinated Walt Disney, the look of the film blends a timeless watercolor style with contemporary 3D CG animation. Attendees were introduced to 17-year-old Asha—a smart and driven optimist with a sharp wit whose impassioned plea to the stars calls down an actual star from the sky. Impossibly curious and a little ball of boundless energy, Star is a giant beacon for chaos. Filmmakers Chris Buck and Fawn Veerasunthorn and actor Alan Tudyk (the voice of Valentino the goat) joined Lee on stage before introducing the voice of Asha, recent Oscar® winner Ariana DeBose, who brought down the house singing “More for Us,” an all-new original song from the film, which hits theaters in 2023.

Plus, the Walt Disney Studios presentation of upcoming theatrical and streaming titles on Friday previewed a trio of new films from Disney Live Action that continues Disney’s 100-year celebration. These new films include The Little Mermaid, a live-action reimagining of the studio’s Oscar-winning animated musical classic, which opens exclusively in theaters nationwide on May 26, 2023; Haunted Mansion, a ghostly adventure inspired by the classic theme park attraction, which hits theaters in 2023; and Peter Pan & Wendy, a reimagining of the 1953 animated classic, which premieres on Disney+ in 2023.

Fans in Hall D23 were among the first to see a brand-new Walt Disney Studios logo introduction in honor of Disney 100 Years of Wonder. The new Disney castle introduction features Tinker Bell flying over a riverside village and up a waterfall that leads to the iconic Disney castle, now platinum. Created by Disney Studios Content and Industrial Light & Magic and featuring an all-new arrangement of “When You Wish Upon a Star” by award-winning composer Christophe Beck (Frozen, WandaVision), the new introduction will first appear in theaters with Disney’s Strange World this Thanksgiving and will then play in front of all Disney theatrical and streaming releases throughout 2023.

At D23 Expo, it was announced that Disney100: The Exhibition will open on February 18, 2023, at The Franklin Institute in Philadelphia, Pennsylvania, with Chicago, Illinois, and Kansas City, Missouri, set as the next two stops on the North American tour. The International unit of the exhibit will open on April 18 in Munich, Germany, with more cities to be announced in the coming months. The stunning key artwork for the exhibit was also revealed, which invites guests to step into their favorite stories using innovative and immersive technology throughout ten galleries in the 15,000-square-foot exhibit. The Walt Disney Archives is opening its vault of treasures, showcasing more than 250 of its “Crown Jewels,” rarely seen original artworks and artifacts, costumes and props, and other memorabilia. Disney has curated special behind-the-scenes glimpses into the creation of the company’s most popular characters, films, shows, and attractions—from Disneyland to Walt Disney World and beyond. The ten magnificent and imaginatively themed galleries, all featuring moving stories, unique interactive installations, and exciting background information, will take visitors on a journey through 100 years of The Walt Disney Company, celebrating the classics from Snow White and the Seven Dwarfs to Strange World, as well as the latest members of the Disney family—Pixar, Star Wars, Marvel, and National Geographic.

As The Walt Disney Company celebrates its 100th anniversary, Disney Consumer Products, Games, and Publishing has several exciting new merchandise collections and collaborations to commemorate Disney 100 Years of Wonder. The first of these collections includes:

In addition to the above, more incredible experiences, content, and opportunities await guests including: