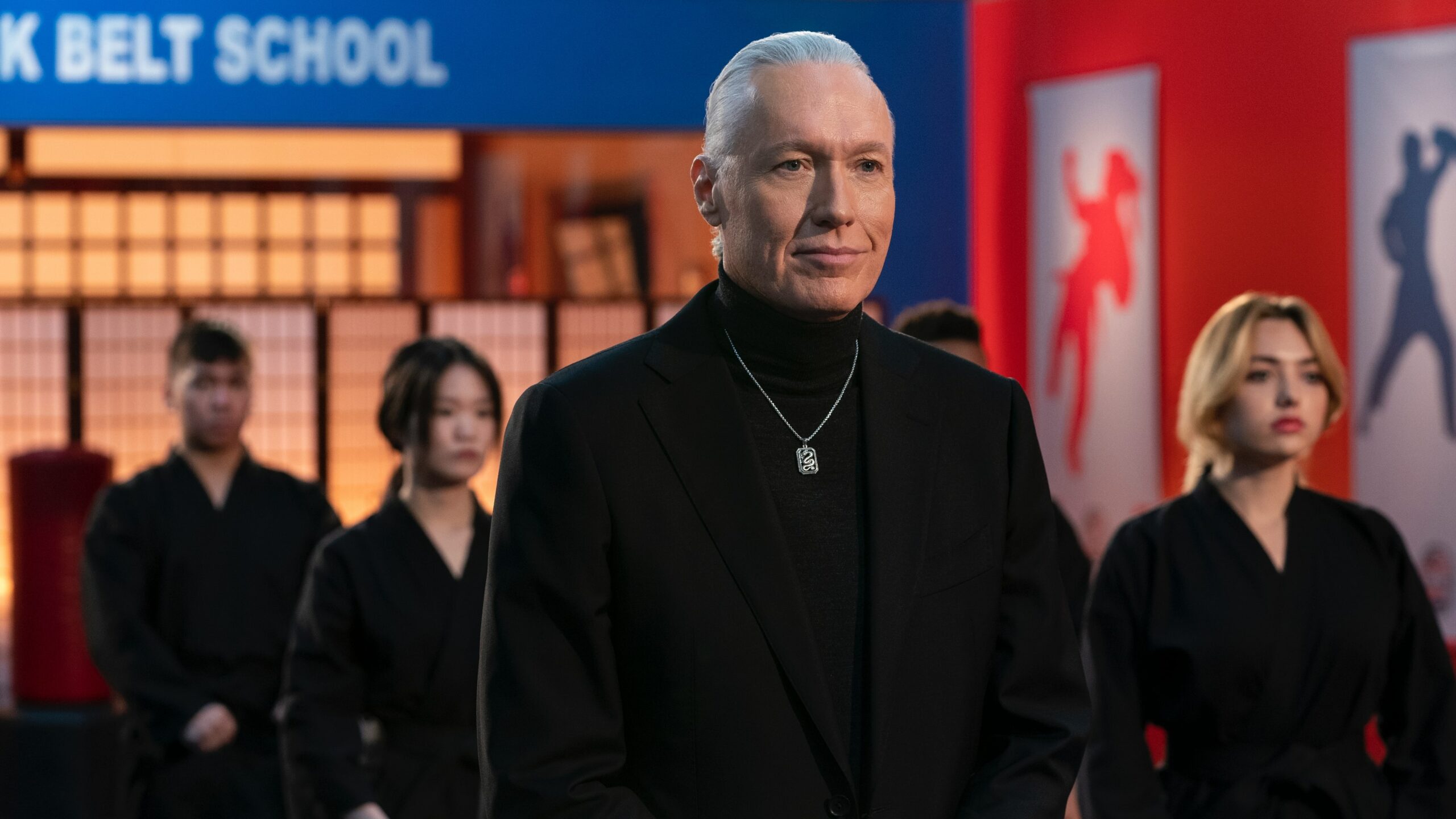 The most successful reboot in history just keeps getting better. This Friday, Netflix will release Cobra Kai season five, and 80s nostalgia will be back in full force. What started as a small homage to the Karate Kid franchise has blossomed into one of the top shows on Netflix. Season five takes everything fans have come to love about Cobra Kai and pushes it to the extreme. It won’t win over any new fans, but if you loved Cobra Kai, season five gives you everything you wanted and then some.

Cobra Kai is all about karate. Everything in the show revolved around karate, with big disputes being settled by karate bouts. That trend continues in season five, with better choreography on all of the fights. This season isn’t quite as focused on the fights as previous seasons, but there are still plenty of kicks to face in almost every episode. Each attack seems to pack a bigger punch than in previous seasons, as the action is clearly kicked up a notch.

There’s also a lot of character growth in season five. Previous seasons dealt with relationship drama (which is still present), but it was mainly just biding time for the next fight. Season five actually slows down and takes a moment to really grow some of these characters. Even the old horses such as Daniel LaRusso (Ralph Macchio) and Johnny Lawrence (William Zabka) have their fair share of character growth this season.

Every season the creators of the show seem to bring someone back from the Karate Kid movies, and that trend continues in season five. While most fans had plenty of sound theories as to who might return and what role they’d play in the new season, the series has subverted expectations yet again. This keeps the series from becoming stale and predictable, but it also may disappoint some fans who might have been expecting certain characters to play specific roles.

Very few shows make it to season five, but all signs point to Cobra Kai getting a sixth season, and possibly even additional spin-offs or movies. However, you can tell that things are starting to wind down for the main characters. While each season carries over plot elements to the next season, season five felt a bit unfinished. It’s almost as though the writers knew season six would be the finale, so they planted a major seed in season five that won’t be concluded until the next season.

While postponing certain plot points gives fans something to look forward to in a potential season six, it also made season five feel less conclusive than previous seasons. It’s one thing to leave a few plot threads open, but imagine if season four didn’t end with an All-Valley tournament, which was instead set up to happen in season five? That’s the feeling you get from some of the events in season five. It’s not enough to detract from the stellar season, but it does feel like things were intentionally held back for season six.

Cobra Kai has a loyal and sometimes rabid fan base, and some of those fans will be disappointed in season five. While most of the main characters get their time to shine, a few are left out to dry. Eli (Jacob Bertrand) was a huge part of previous seasons, but he has far less to do in season five. Likewise, many of the side characters like Demetri (Gianni DeCenzo), Chris (Khalil Everage), and Bert (Owen Morgan) have very little spotlight. This does make room for rising stars such as season four newcomers, Kenny Payne (Dallas Dupree Young) and Devon Lee (Oona O’Brien), but some fans are bound to be disappointed their favorites didn’t get as much of a spotlight in season five.

Despite a few minor issues, season five of Cobra Kai is the best season yet. Everything is pushed to the limit, and the writers continue to surprise fans with new twists and turns. There will be a bit of a wait for season six, but if it raises the bar like season five does, it will be well worth the wait. There’s nothing here to bring in new fans, but with five seasons now under its belt, pleasing existing fans is more than enough.

Synopsis: Following the results of the All Valley Tournament, Terry Silver expands the Cobra Kai empire and tries to make his “No Mercy” style of karate the only game in town. With Kreese behind bars and Johnny Lawrence setting karate aside to focus on repairing the damage he’s caused, Daniel LaRusso must call on an old friend for help.