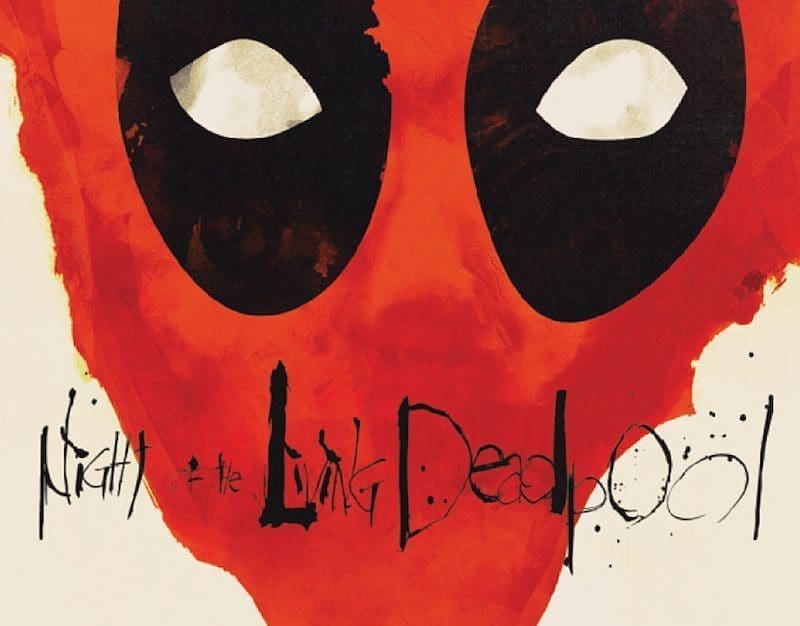 Night of the Living Deadpool has a short tenure as a four-issue miniseries, so that this second issue is a vast improvement on the first restores a lot of confidence in the series moving forward. Whereas I faulted the first issue for being too tame given the chosen subject matter of a zombie apocalypse, Night of the Living Deadpool #2 represents what I want this miniseries to ultimately be when it’s all said and done. Deadpool has the right amount of vivacity the character is beloved for and his stockpile of one-liners creates some blatant laugh-out-loud moments. Writer Cullen Bunn keeps the line between horror and humor purposely blurred, injecting the script with some legitimate scare moments and silly lightheartedness. There are also plenty of references to other zombie narratives to allow Night of the Living Deadpool to honor the growing population of zombie culture without being irreverent toward it.

Yet the most amusing aspect of this issue by far is just watching as Deadpool is forced to be a hero by default. At the end of the last issue, Deadpool learned that he was the only hero left on Earth, so to see him team up with an unlikely troop of survivors (including a foul-mouthed elderly lady, two children, and a soldier who has been bitten) and act as their primary protector yields quite a few laughs and some unexpected shifts in the story. In fact, by the end of the issue, the story has gone so far off the path where I assumed it was heading that I’m completely unprepared for where the next issue will go, or the issue after that. One thing’s for certain, though:  I’m all for more parody sequences. In this issue there’s a two-page sequence detailing eight weeks of Deadpool being in charge of his survivors that includes references to Walking Dead, Evil Dead, and Shaun of the Dead. It’s as fantastic as it sounds, really.

Ramon Rosanas remains on art which allows Night of the Living Deadpool #2 to keep the distinct look that I enjoyed so much in the inaugural issue. Once again, Rosanas renders a black-and-white world with a full-color, expressive Deadpool, and just as in the previous issue, Rosanas’s zombies are frightening. This time, however, the undead are much more lively (for lack of a better word), resulting in a few gruesome panels of zombies gnashing their teeth on human flesh. It is made even more grotesque due to the lack of color on Rosanas’s art, keeping just the right amount of horror in play at all times. This issue is certainly not meant for young, impressionable eyes, even if Deadpool does happen to make a Jonas Brothers reference within the first few pages.

Ellis and Hitch Reunite for the Dark Knight’s 80th Anniversary