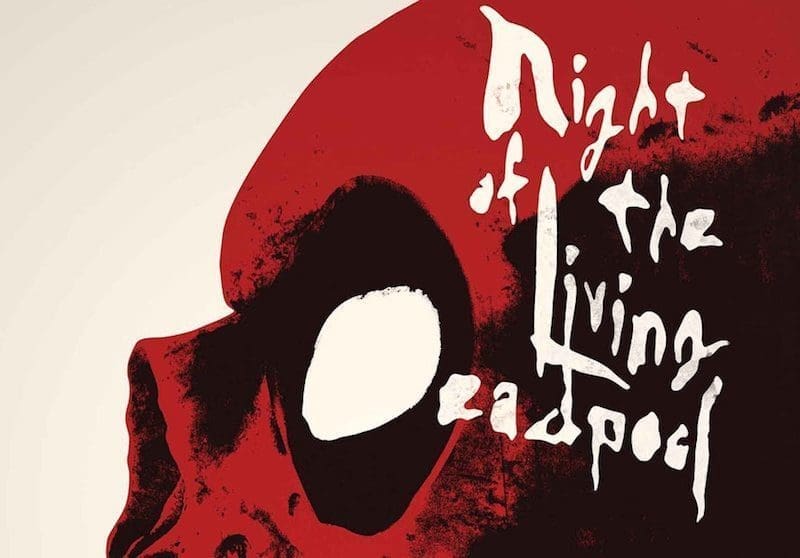 Night of the Living Deadpool has been one odd book, both in terms of its content matter and the consistence of its quality. While I would have thought the last two issues would lead to a bombastic finish, Night of the Living Deadpool #4 resembles its first issue more than its two middle chapters, providing a standard zombie affair with a mildly insufferable main character at its helm. Writer Cullen Bunn continues to stuff each page with lots of one-liners and referential jokes—including a mention of the regular Deadpool creative team Brian Posehn and Gerry Duggan—but none of the material garners more than a mild, internal chuckle. Coming off the over-the-top events of the previous issues, the idea of Deadpool infiltrating a research facility to nab the cure for the zombie virus just isn’t inherently compelling either, though the final few pages do offer what could be the inventive start to a fun sequel if it ever were to occur.

Having turned into a zombie and eaten all of his supporting cast in the previous chapter, Deadpool is almost entirely alone in Night of the Living Deadpool #4, and that’s the issue’s most egregious mistake. Deadpool is the kind of personality that works best when his hit-or-miss material is at least bouncing near the presence of another character in a scene; to have him wandering this final chapter of his zombie apocalypse survival tale alone is ill advised. Bunn does extract a certain amount of fun out of Deadpool talking to the decapitated head of an A.I.M. scientist that he brings along for the ride, but much like the disembodied cranium itself, the dialogue becomes rather rotten as the issue trudges on. Head puns are the lifeline of the humor in this issue, so expect a lot of punchlines like, “get your head on straight” or “head in the game.” Though Deadpool does earn a measure of respect for singing Rush’s “Working Man” while slicing through zombies.

Even though the plot itself is rather mundane, the art of Ramon Rosanas continues to shine. Once again, color is used to accentuate important aspects of scenes toward the end of the issue, but the true horror comes in Rosanas’s black and white images. His zombies are somehow even more decrepit here, and the gradual rot of the head accompanying Deadpool is a fantastic, ghoulish touch. Rosanas even has some fun in the earlier panels of Deadpool and his newfound head enjoying their trip across the countryside, but it’s unfortunate that that kind of fun isn’t carried over in the narrative.