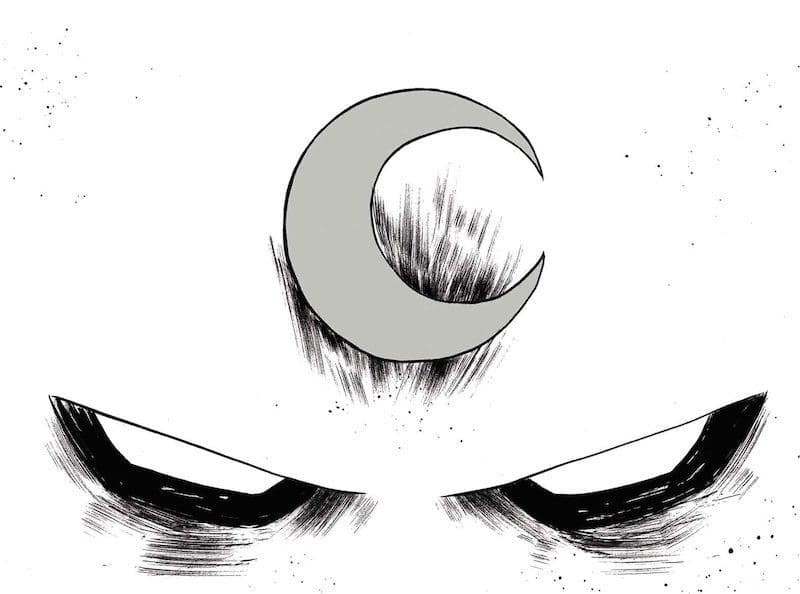 Moon Knight #1 is one marvelous comic book that couldn’t come from a more unlikely place. Of all the characters being relaunched, retooled, and rebooted in the wake of Marvel’s All-New Marvel NOW! promotion, Moon Knight holds the lowest stakes with me; the only reason I’m even aware of his existence is his inclusion in the Marvel: Ultimate Alliance video game. He’s a character mostly unknown to the comic reading populous and the least likely character to ever appear in a Marvel film or television adaptation. Yet, after reading the introduction to the character Warren Ellis has crafted here, I would not only entertain the idea of Moon Knight offered up on the small or silver screen, but I would argue that the character is already on the cusp of existing in mainstream media. Take Benedict Cumberbatch’s turn as Sherlock Holmes in the wildly successful BBC show, add three more personalities and a detached reality to the mix, and that’s Warren Ellis’ new Moon Knight. Hell, even Benedict Cumberbatch is the perfect actor for the role.

It seems like a lot of hyperbolic praise for one issue of a comic book but the character of Marc Spector is so well defined in this opening issue that it’s hard not to think of how Marvel can utilize him even more. Ellis writes Moon Knight #1 as both an introduction to new readers and a catch-up for longtime followers that might be confused as to Moon Knight’s new modus operandi. Gone is the character’s defining white cloak, replaced with a slick white suit and mask—think a smooth, well-spoken Rorschach. Possessing four different personalities, the former mercenary Marc Spector is presented here as the eponymous Moon Knight (or “Mr. Knight” if you’re nasty), a police consultant and crime expert. Ellis doesn’t get involved with Spector’s other personalities as of this issue, though Moon Knight seems to have enough madness for the other three. He’s one charming character and his matter-of-factness and obvious intelligence shine through with Ellis’ fantastic dialogue. Some of the creepier elements that Ellis tacks on as a flashback to the end of this one-and-done issue provides a taste of what is to come, and if ancient deities, supernatural occurrences, and hard-crime fiction sound appealing on their own, Ellis seems to be wrapping that all up in this series.

Declan Shalvey is an artist without a breadth of experience in comics like his writing counterpart, but just his work alone in Moon Knight #1 is worth checking out his other projects. His shading is used exceptionally to contrast the opening pages of an early morning New York transitioning to a late night murder scene. Moon Knight himself is drawn to conflict with the rough images of the page, a sudden appearance of a flat white figure that almost looks as though he were pasted over a darker, more fitting character in each scene. Yet the character of Moon Knight wants to be seen, wants his enemies to know he’s coming, so to contrast the character himself with his backdrop is brilliant. Jordie Bellaire’s colors are an essential part in making this work, and thanks to her, it absolutely does.

Moon Knight #1 is unadulterated awesome contained to the confines of a comic book. He’s a character that I would not have expected to like so much, but has now become one that I want to instantly see more of. You can’t get much better than that for a first issue.