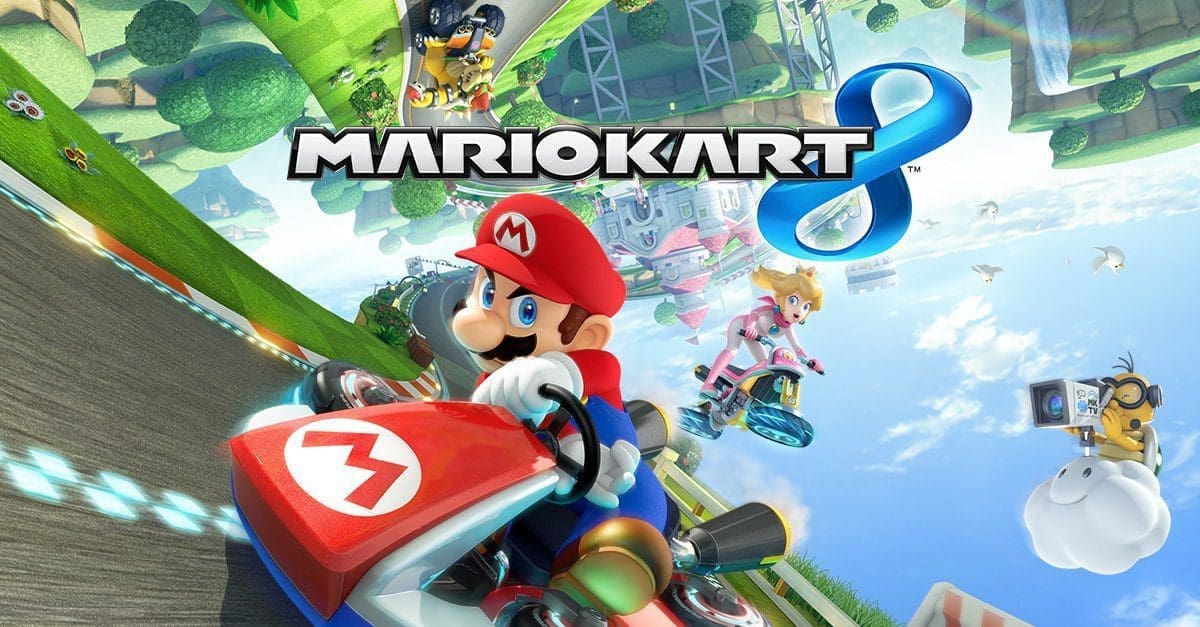 Nintendo eShop on Wii U

Mario Kart 8 – Feel the rush as your kart rockets across the ceiling. Race upside-down and along walls on anti-gravity tracks in the most action-fueled Mario Kartgame yet. Take on racers across the globe and share videos of your greatest moments via Mario Kart TV (broadband Internet access required for online features). Mario Kart 8 will be available on May 30. Click here to check out a trailer for the game.

Ittle Dew – Adventuress Ittle Dew and her sidekick, Tippsie, crash onto a strange island filled with loot and mysterious inhabitants. It quickly dawns on the duo that this might become their biggest adventure yet. Experience devious puzzles, timeless game play and lots of exploration in this puzzling adventure game. Click here to check out a trailer for Ittle Dew.

Virtual Console on Wii U

KLONOA: Empire of Dreams – Emperor Jillius has banned dreaming, and finds Klonoa guilty of breaking the law. To win back his freedom, Klonoa and his friend, Huepow, must journey across the empire to defeat four nightmarish monsters. Platform your way through 40 stages filled with puzzles, useful items and bad guys in a fight to restore dreams.

Mega Man™ Xtreme 2 – It’s Mega May! Every Thursday in May, a different Mega Man game will launch in the Virtual Console section of the Nintendo eShop on Nintendo 3DS. The final Mega May release is Mega Man Xtreme 2, which originally launched on the Game Boy Color system in 2001. Join Mega Man X and Zero as they solve a mysterious case involving Reploids being turned into empty shells. As the investigation leads deeper into a research facility, the two partners will discover that all souls are up for grabs. Click here to check out a trailer for the game.

$10 Nintendo eShop Cards including Photos with Mario – There’s a new way to have fun with your favorite Mushroom Kingdom characters. A special-edition series of $10 Nintendo eShop Cards lets you use your Nintendo 3DS system to play and pose with Mario, Princess Peach or a Goomba using character cards and the Photos with Mario application, at no additional cost. Not only do you get $10 to spend on downloadable games in the Nintendo eShop on both Nintendo 3DS or Wii U, but you also get a cool way to create fun photos on your Nintendo 3DS system. Choose your favorite character (or collect all three!) exclusively at Target retail stores. For details, visit www.nintendo.com/photoswithmario.

Get a free download code for a select Wii U game from Club Nintendo when you register Mario Kart 8 – Register Mario Kart 8 between May 30 at 12 a.m. ET and July 31 at 11:59 p.m. PT to get a free download code for one of the following Wii U games:  New Super Mario Bros. U, Pikmin 3, The Legend of Zelda: The Wind Waker HD or Wii Party U. For full promotion details, visit http://club2.nintendo.com/mario-kart8-promo.

Get up to 33 percent off Pushmo and Crashmo – See where it all started before the Pushmo World game comes out for the Wii U console. From May 28 at 9 a.m. PT to June 13 at 8:59 a.m. PT, the Nintendo eShop on Nintendo 3DS is offering the first two games, Pushmo and Crashmo, at up to 33 percent off their regular prices. For details, visit http://www.nintendo.com/eshop/offers.

The Nintendo eShop is a cash-based service that features a wide variety of content, including new and classic games, applications and demos. Users can add money to their account balances by using a credit card or purchasing a Nintendo eShop Card at a retail store and entering the code from the card. All funds from one card must be loaded in the Nintendo eShop on either Wii U or the Nintendo 3DS family of systems, but can be used in either Nintendo eShop if the systems are linked to a single Nintendo Network account.

Cast off today for high seas hijinks and grand adventures in...

Ubisoft Giveth and Ubisoft Taketh Away | A Review of Far...