Geek News Network
Home Trailers Game Trailers To boldly go where no one has gone before… literally | No... 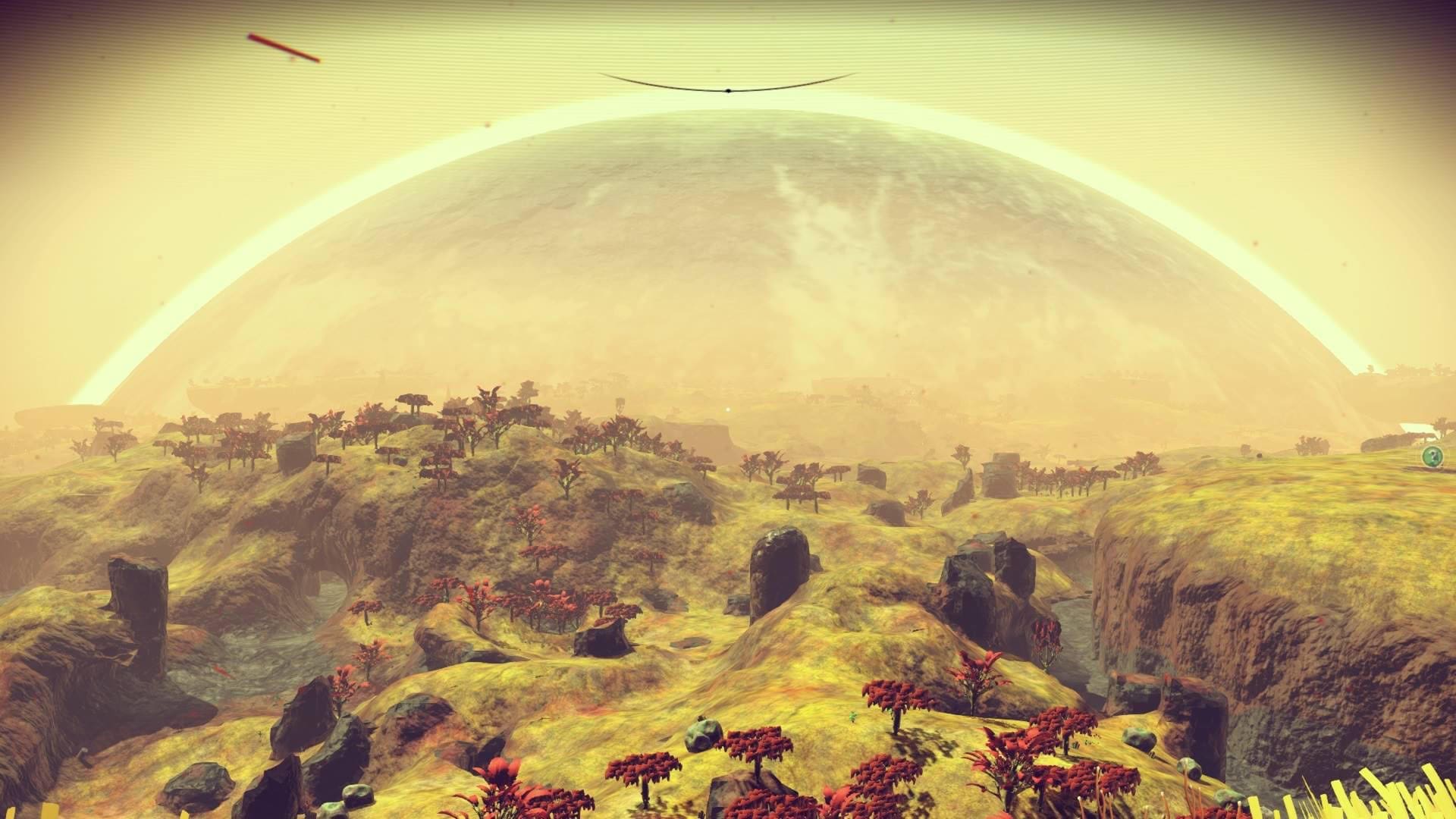 Normally, there would be a logical starting point to go over where to begin your journey. After a very brief introduction to No Man’s Sky, you are quickly introduced to the vast scale of the game. A literal universe sized sandbox that defies any logic of what you may have thought possible in a 3D environment. Paired with the almost zero load times (other than warping) adds to the immersion of the game that is a lot of respects forced upon you. I couldn’t help feeling alone in such a vast space, despite the abundance of life, both to the effect that multiplayer isn’t functioning at the moment, and that you have no identity to latch on to. Be it if you wanted to trade, explore, or plunder… you’ve got a long road ahead.

This ‘verse ain’t for everyone.

Most of this review will point out the flaws in No Man’s Sky, but I want to stress the fact that what this game accomplishes, in almost every respect, heavily out shadow them. The creators at Hello Games brought to the forefront of what is possible and set a high bar for future games of the space sandbox genre. The mathematically procedural generated universe is not for everyone. This game is basically Terraria/Starbound and Wing Commander combined into a beautifully rendered space. If you do not enjoy those games (either of them, not just one), this may not be the game for you.

One of the key features that I loved about No Man’s Sky is the ability to jump in, play as little or as much as you want, and still feel accomplished. But it delivers heavily on the fact that you are a newbie in the ‘verse which is what makes it feel more like you’ve succeeded in your task. If you try to take on a group of pirates, let alone a single pirate, you will find yourself outgunned.

It took me three tries before I was able to accomplish killing just one. The game had this mechanic in mind as I was awarded an achievement for actually destroying my first enemy. There isn’t much punishment for dying, other than needing to find where you were blown up in space and maybe repair a part on your craft, so don’t feel discouraged if you don’t get the hang of combat right away.

Once you get back to your task, and realizing that you need to progress further into technology, you will run into another hurdle. The inventory system in this game is by far, the worst part about this game, and is debilitating at times. By exploring, you will find technology upgrades for your ship, your exosuit (your space suit), and your multi-tool (what you use to mine, and fight while on foot). Each one of these blue-prints has a recipe of elements and ingredients you need to find to construct it. The problem is that not only do the individual elements and ingredients take up their own spot in your inventory system, but the completed upgrades do as well. So you will find yourself competing to find space for inventory vs the upgrades you want to have, some of which are absolutely necessary.

One of the smaller upgrades for your multi-tool seemed very unnecessary to me. A scanner – a core mechanic of the game. The scanner is the device is what allows you to ‘scan’ alien life and resources and allows you to learn what things are, give them a name, etc. Doing this gives you extra money, but seems unnecessary.

Your exosuit is the ONLY upgradeable portion of your gear in terms of inventory space. You will find pods, scattered across planets, or upgrade systems in the space station where you can purchase extra inventory space for your suit. But for your spaceship and your multi-tool, you have to purchase whole new gear that has those spaces already available, and the price jump is steep. I made the decision later on in the game that I needed to find a new ship to get inventory space (due to the prior stated issue).

“That’s a shiny ship you got there.”

I could occasionally find a derelict ship on planets, but the cost to repair them can potentially leave you stranded. The best way is to just wait in a space station or trade hub. Alien space craft will come by every few moments and you can offer to purchase any one of them that comes in. My current ship had 16 inventory slots. Purchasing a ship of the same state would cost me around 700k in credits, which would take a few hours of mining. Purchasing a ship of 19 inventory slots could easily jump into the 1-2 million credit range.

Frustrating to say the least, especially that you are not given the option to sell your old ship. It is at that point considered abandoned until you decide to jump into it again. Lastly, your hard-earned upgrades? Wave them goodbye. If the new ship does not already contain those upgrades, you have to rebuild them. But you can transfer over you regular inventory (minerals, etc), so you got that going for you.

A Story of Destiny (pun intended).

A great deal of writing and background went into No Man’s Sky. I know Hello Games had a lot of retro sci-fi influences, spoke with a lot of authors, and spent months including stories and lore into the game. No Man’s Sky focuses on lore instead of a story. Dave Gibbons (Watchmen, Kingsman, 2000 AD) and James Swallow (Deus Ex: Human Revolution, Star Trek) contributed to the lore of the game as well as the Adventures in No Man’s Sky comic that is part of the game’s limited edition. The lore gives a consistent narrative across the universe. It is seen in the buildings, sentient species and artifacts found throughout the game.

The only time I felt the story makes any sort of connection is when I ran across the Anomalies. Which are intimidating in style to say the least. They are kind of the shepherds that send you on to your next destination in completing the story of getting to the center of the universe.

You will even begin to learn the alien language of the predominant species in the area as well. Theres even a glitch where you can keep choosing to learn words from an alien which costs 20 carbon (food/energy) each time you speak with them, and if you are in high enough standing they will offer you food in return so you can continue the process. However, they will rarely be the words you need to decipher some of the alien riddles to help you on your quest. it seems they have literally included an entire dictionary for each alien race.

Spending hours learning new words that are not common, seems counter productive to immersion. I would like to see this updated where you learn common words first, such as the ones used in trading, then branching out to more uncommon text. Or at least learning more than one word per session. Sadly, much like the initial launch of Destiny, this does not translate well at all. Lore is only going to be a driving force for those who want to find and learn it, much like the books in Elderscrolls games. They are a welcome addition, but they do little to motivate the story further.

The game also has its own set of rewards on top of the PS4 trophy system. But I have not seen a point to them other than ‘letting you know you did something’. These ‘Milestones’ for traveling, meeting alien life, learning alien vocabulary do little in the rewards system other than getting visually in your way while you are in the middle of a task. There were a few occasions where I was killed by a pirate, missed out on a trade, and a few other various things due to the fact that the milestone notifications block out a large portion of the screen. I would have liked to have seen a better reward system implemented, maybe with in-game currency as a reward.

The music is on point with the style of No Man’s Sky. At times a very ethereal ambient, or a pulsating energy beat for combat. A great deal of the music in the game reminded me of ‘Bladerunner’, or “Homeward”. Countless other tracks did give the nostalgic value of sci-fi pop culture. No Man’s Sky has more of the retro feel aesthetic, so the almost Tron soundtrack feels welcome.

The brain behinds behind the sound are UK band 65Daysofstatic (65DOS) lead by Paul Wolinksi. Creator Sean Murry was a huge fan of the band. In 2013 he contacted them to license their song “Debutante” for the game’s trailer. There is nothing but praise in the stylistic choices of music made and the band accomplished their goals flawlessly.

On a personal note: Making your own Spotify playlist and streaming it through the native PS4 app can change the feel dramatically. I made a play list that was very reminiscent of ‘Guardians of the Galaxy’, and even the most difficult battles took place with a smile on my face.

They should have sent a poet. What else can be said about the visual aesthetic of the game? It’s glorious. You will notice repetition in some respects after a time. The randomly floating rock, plant life, or other visual glitches rarely detract from the stunning beauty. Camping out on a mountain top and watching another planet rise over the horizon. The astounding beauty only makes you want to discover more – and more is coming.

Fans seem to forget that the creators at Hello Games are an indie video game company. These are/were the underdogs and have a lot in store for this game. Probably at the cost of personal lives and sleep. Adding new ecologies, new mechanics such as base building, and more customization options are in the road ahead. It is very apparent that this is their pride and joy. Hello Games wanted to make sure fans feel acknowledged. So despite the flaws, I still see the beauty in this game and look towards its potential. I will continue playing No Man’s Sky, even long after I have reached the center of the universe. 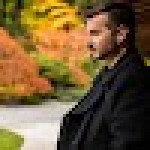