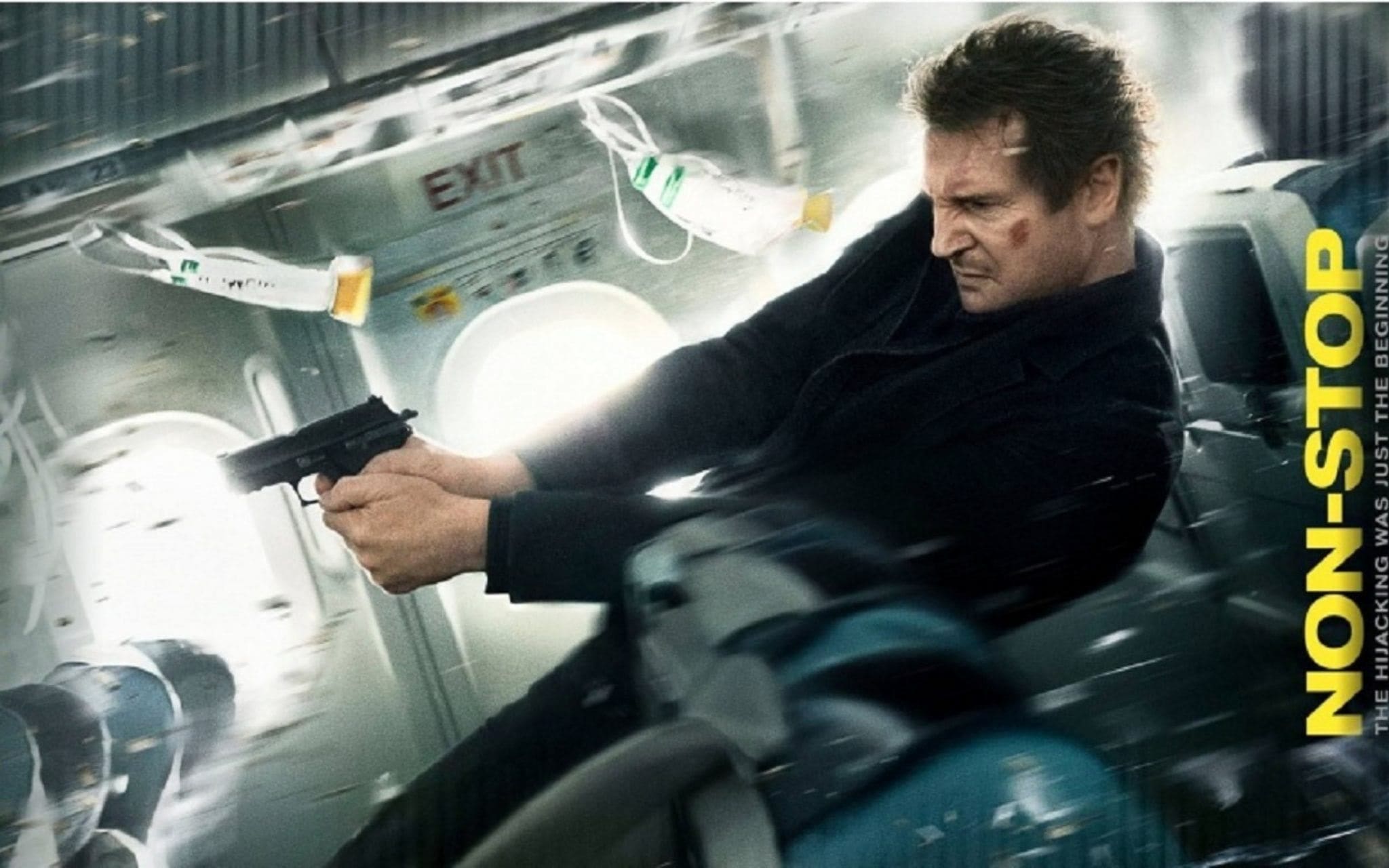 Universal City, CA – Global action star Liam Neeson (the Taken series, Unknown) is a U.S. air marshal fighting to save a plane full of passengers trapped aboard a plane 40,000 feet in the air in the explosive, high-octane action adventure Non-Stop.  Available on Blu-ray™ Combo Pack including Blu-ray™, DVD, Digital HD with UltraViolet™ and    On Demand June 10, 2014 from Universal Studios Home Entertainment,  the exclusive Blu-ray™  bonus features include an insider’s look at the making of the film and the challenges in staging the intense action sequences.  Non-Stop will also be released on DIGITAL HD two weeks earlier on May 27, 2014.

Bonus Features Exclusive to the Blu-rayTM:

During a transatlantic flight, U.S. Air Marshal Bill Marks (Liam Neeson) receives a series of cryptic text messages threatening that a passenger will die every 20 minutes unless $150 million is transferred into an off-shore account. With the lives of hundreds of passengers hanging in the balance, Marks must draw on all of his training and skill to uncover the killer traveling on the aircraft. Non-Stop co-stars four-time Academy Award® nominee Julianne Moore, Michelle Dockery (“Downton Abbey”) and Academy Award®-winner® Lupita Nyong’o (12 Years a Slave).

Edited By: Jim May

Rating: PG-13 for intense sequences of action and violence, some language, sensuality and drug references

Rating: PG-13 for intense sequences of action and violence, some language, sensuality and drug references

Films coming soon to Blu-ray, DVD and Digital and VOD from Universal Studios Home Entertainment include the hilarious comedy  Ride Along; the animated family comedy The Nut Job; the  passionate romance Endless Love; and the intense and inspiring actioner, Lone Survivor.