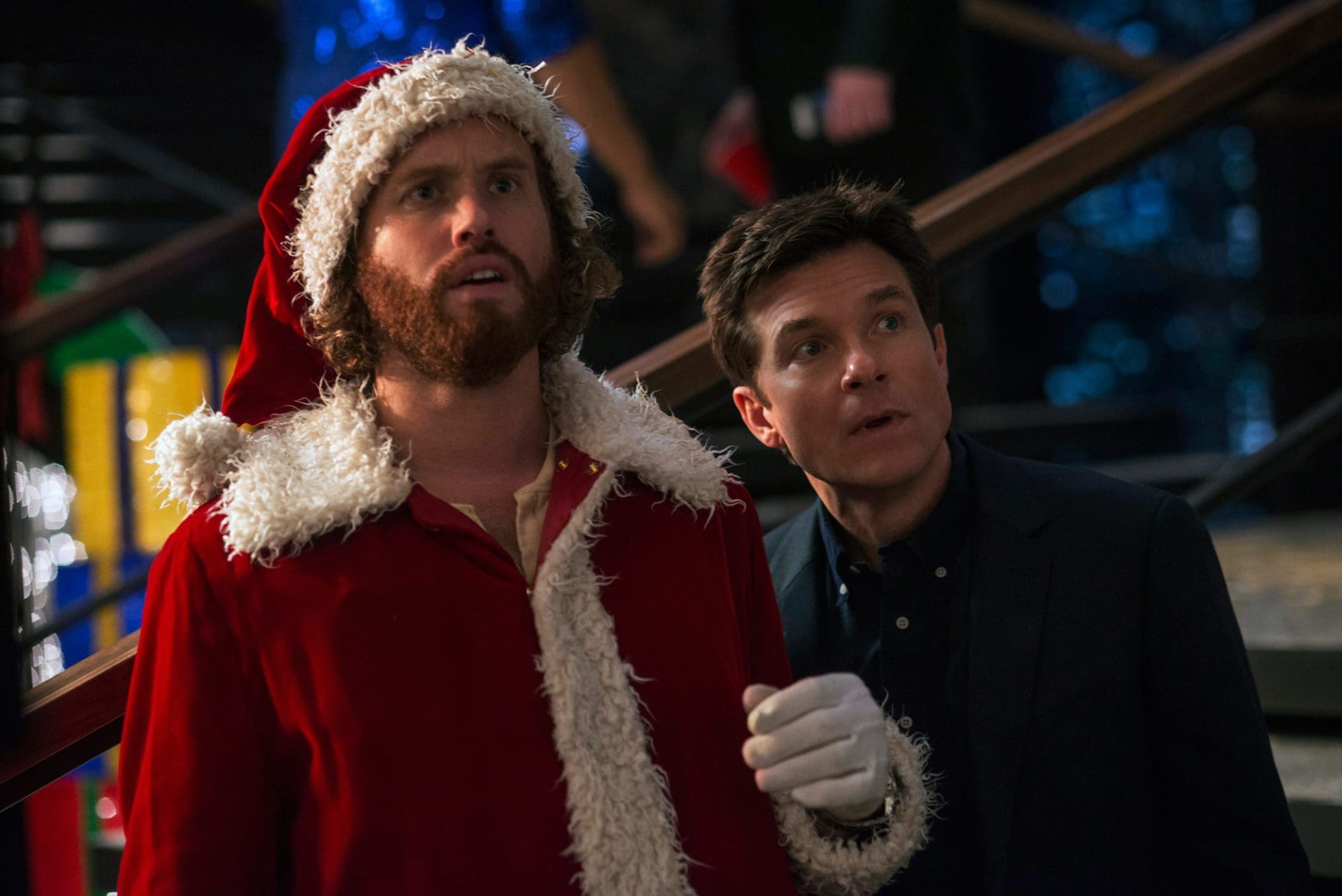 Another year almost over and with its passing comes another holiday movie to bring families together and make you glad your misfortunes aren’t as bad as the ones being portrayed on-screen.  Last year it was Love the Coopers, which suffered an identity crisis between heartwarming comedy and melodramatic tragedy.  We also got The Night Before, probably the best holiday film of that year and a contender for an annual viewing tradition.  Holiday films are meant to incite feelings of appreciation and goodwill to your fellow-man; or as backdrops of misadventures for moments of catharsis.  Somewhere along the way, the main characters learn a valuable lesson and attempt to salvage the remainder of their holiday in the form of a grand gesture or maybe a deus ex machina device.  The plots are familiar and redundant, but we love them anyway because they make us feel good.

In Office Christmas Party, directed by Josh Gordon and Will Speck, Josh Parker, played by Jason Bateman, is a supervisor for an office network company and is trying to save his branch from being shut down by interim CEO Carol Vanstone (Jennifer Aniston), a no-nonsense, arrogant woman who will do anything to increase profits.  Carol also happens to be the sister of Josh’s boss, Clay Vanstone (T.J. Miller), and has little patience for her brother’s mellow attitude and philosophy of business.  In order to save their branch, Clay makes a deal with Carol that if he can land a very high-profile client then their branch stays opens. With the help of Josh and Tracey (Olivia Munn), Clay must convince a potential client named Walter Davis (Courtney B. Vance) into doing business with them.  If they can prove to him that their company is an exceptional place to work, via their office Christmas party, then he might sign up with them.  It’s a stretch of a premise, but it’s the holidays and anything goes.

Much of this movie is dedicated to delivering one outlandish comedic moment after another and on several occasions it’s a successful endeavor.  You have Clay trying to give his employees the party of a lifetime and sparing no expense getting it done.  There’s a human resources rep named Mary (Kate McKinnon), who spends almost every scene behaving like a stern, librarian robot reminding us of the company’s code of conduct.  There’s also an employee named Allison (Vanessa Bayer), who is just looking for companionship and gets more than she can handle.  At some point a prostitute is invited to the party and things get sillier and raunchier from there.  The rest of the movie tries to give you some degree of emotion between the characters, which doesn’t really work overall.  It does, however, allow the movie to breathe from time to time.

While the main characters delivered some great, albeit familiar, performances, some of the secondary characters felt two-dimensional and cartoonish.  One or two of these types of characters could have been enough, but after a dozen or so it becomes too overwhelming.  T.J. Miller actually is the highlight of the film because he is playing a boss trying to impress his sister and make his employees happy; so his acts of desperation feel genuine.  Couple that performance with his comedic sensibilities and it’s a fun experience.  Jason Bateman is good as the straight man trying to reel in the chaos that escalates.  Olivia Munn also works well in the film alongside Bateman.  Another actor worth mentioning is Kate McKinnon.  While her personality leans over-the-top, she gives her scenes a good injection of wacky.  Other noticeable actors pop up from time to time and try to get a laugh out of you, with varied success.

Office Christmas Party isn’t a movie I’d watch every year, but if I came across it again I’d probably watch some of it.  It’s not really the kind of movie you need to finish because the funny moments are mostly compartmentalized and the story is pretty thin.  Another film I could compare it to is Sisters, starring Tina Fey and Amy Poehler.  The party in both these movies is the star and everything else is in service to that event.  I would recommend this movie for T.J. Miller’s antics and one-liners and the several scenes of extras and actors just having a crazy, fun time.  The Night Before is still a much better well-rounded holiday film, but this one puts forth a really good effort.

Synopsis: When his uptight CEO sister threatens to shut down his branch, the branch manager throws an epic Christmas party in order to land a big client and save the day.