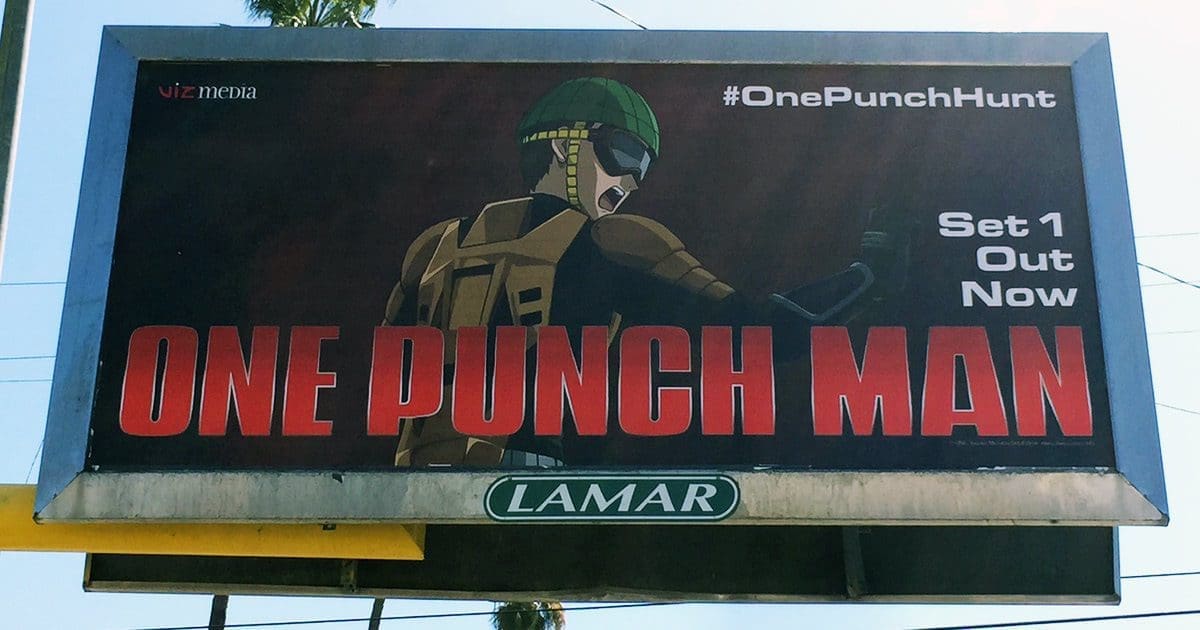 #OnePunchHunt Hits the Streets of L.A.

Join the selfie scavenger hunt to find 15 One-Punch Man characters in anticipation of the Blu-ray release!

You might come across your favorite One Punch Man character all over Los Angeles because VIZ Media is rolling out a series of billboards in celebration of the One-Punch Man, Set 1 Blu-ray/DVD release. So look out for Saitama, Genos, Mumen Rider and other iconic One Punch Man heroes and villains, as they could be by the La Brea Tar Pits, Hollywood Walk of Fame or even near Griffith Observatory.

Selfie Scavenger Hunt
VIZ Media is excited to award 30 prizes to sleuths who can locate and post selfies in front of the billboards featuring iconic characters from the series.

How to enter:
If you see a billboard, stop everything, pull over (safely!) and take a selfie in front of it, then post to Twitter or Instagram with the hashtag #OnePunchHunt! Each post on Twitter or Instagram of a different billboard has a chance to win – limit 15 entries per person, one for each billboard of course! VIZ will be sharing their favorite selfies on their social channels, so extra credit for creative interpretations (shout-out to cosplayers)!

The first person to find all 15 billboards will be rewarded handsomely! Want to find the billboards? Follow the @VIZMedia Snapchat or Instagram for hints on where to find them!

Thanks to their partners on this contest: ZagToys and Good Smile.

For fans outside of Los Angeles, One-Punch Man is available for pre-order now!