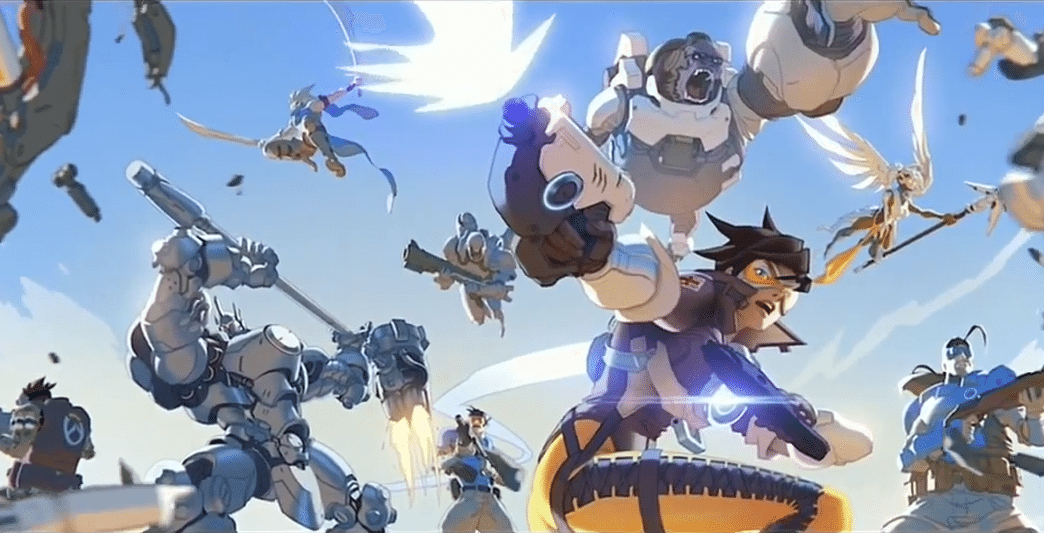 Blizzard announces a brand new franchise today at Blizzcon 2014 called OVERWATCH, a multiplayer team based PVP shooter. Base off of a reworked PVP system from Blizzard’s TITAN, a long-awaited MMO that was cancelled earlier this year. The game looks amazing from the cinematic and gameplay trailers that premiered today. Look for the beta in 2015.

The action of Overwatch takes place in a technologically advanced, highly stylized future earth. In a time of global crisis, an international task force of soldiers, scientists, adventurers, and oddities known as Overwatch had come together to restore peace to a war-torn world. After many years, the group’s influence waned, and it was eventually disbanded. Overwatch might be gone now . . . but the world still needs heroes.

With an emphasis on accessibility and pure fun, Overwatch brings Blizzard’s signature easy-to-learn, hard-to-master gameplay to the FPS genre. Harnessing the power of their hero of choice, players will join forces in teams of six and battle each other across a range of futuristic global locations, from the hologram-lit streets of London to a bazaar in the shadows of a high-tech Egyptian pyramid. Every battlefield is iconic and built to highlight each character’s unique abilities, and fights can shift from streets to rooftops to open skies within the span of a breath.

“Overwatch is our take on a vibrant, near-future universe with amped-up characters and action-packed team-based gameplay,” saidMike Morhaime, CEO and cofounder of Blizzard Entertainment. “With every new Blizzard game, we look at our favorite aspects of a genre and put our own spin on things. Our goal with Overwatch is to create an awesome FPS experience that’s more accessible to a much wider audience while delivering the action and depth that shooter fans love.”

The heroes of Overwatch each bring their own distinct weapons and superabilities to bear. Here’s just a glimpse of the numerous heroes that will ultimately fill Overwatch’s rosters:

I wish I had a computer that could run this, because this looks FCKING AMAZING!! Hnggggggggg

THE 87TH ACADEMY AWARDS PREVIEW PART 2 – THE OMISSIONS AND...