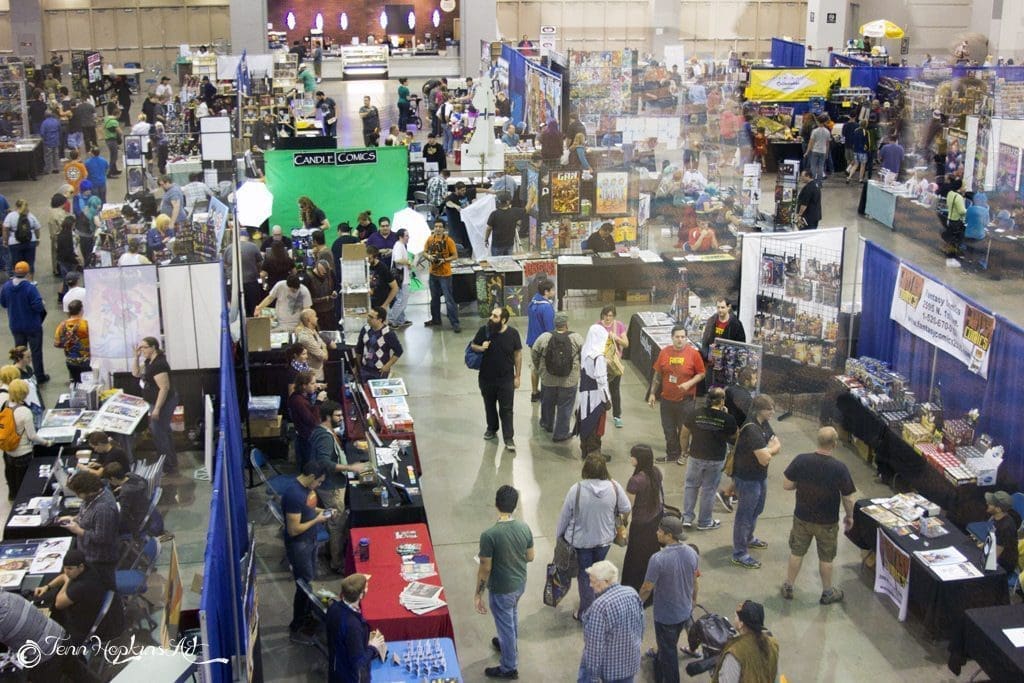 Tucson Comic Con 2014 is coming up and for the last 6 years has been a staple of the “souther” South-west. This year will mark it’s 7th annual convention and we at GNN are excited to be covering the event. This 2 day event starting Saturday November 8th kicks off a 2 day festival of everything comics.

The weekend long event has tons of costumes, vendors, events and workshops including:

“Being More Than Human!”  A beginners guide to cosplaying the galaxy! Hosted by Amber and Matthew Hunt of Firelight Cosplay a long with Sarah Wilkinson of Red Nebula Cosplay!

“How To Make Beer Money with Your Comic or Zine” With Geoffrey Golden and Amanda Meadows editors of The Devastator comedy zine.

”Cause Play” : Find out how your favorite organized costume groups have banded together to bring costuming from a niche genre to a force for good and charity!

Illustrator Jason Pedersen as he explains the tools and tricks he uses to achieve his textured pencil renderings.

Some other things to do this weekend are Q&A sessions with some voice actors, artists and industry professionals.

“Ask a Nation!” Come sit and question the characters from the popular anime Hetalia Axis Powers!

“The Telltale Experience!” With Nicki Rapp, voice actress for games including The Walking Dead!

“5th Beatle Spotlight” with Eisner Award Winner Vivek J Tiwary. Join us as we pick the brain of one of the hottest writers in the industry followed by Q&A. Hosted by Henry Barajas

No comic con would be complete without gaming and as such, there will be several leagues and tournaments as well as pick up RPG games including:

Legend of the 5 Rings: 8pm-10pm Saturday

Starwars: Edge of the Empire: 4pm-5pm and 7pm-8pm Saturday

For a full list of gaming events check out:

This year’s line up of events also includes a costume contest where the entry fee is just a single toy in it’s original packaging. So if you’re in the valley and looking for a fun day trip or a Tucson local, entry is only $10 for a day or $15 for the weekend.

Information on tickets can be found here: