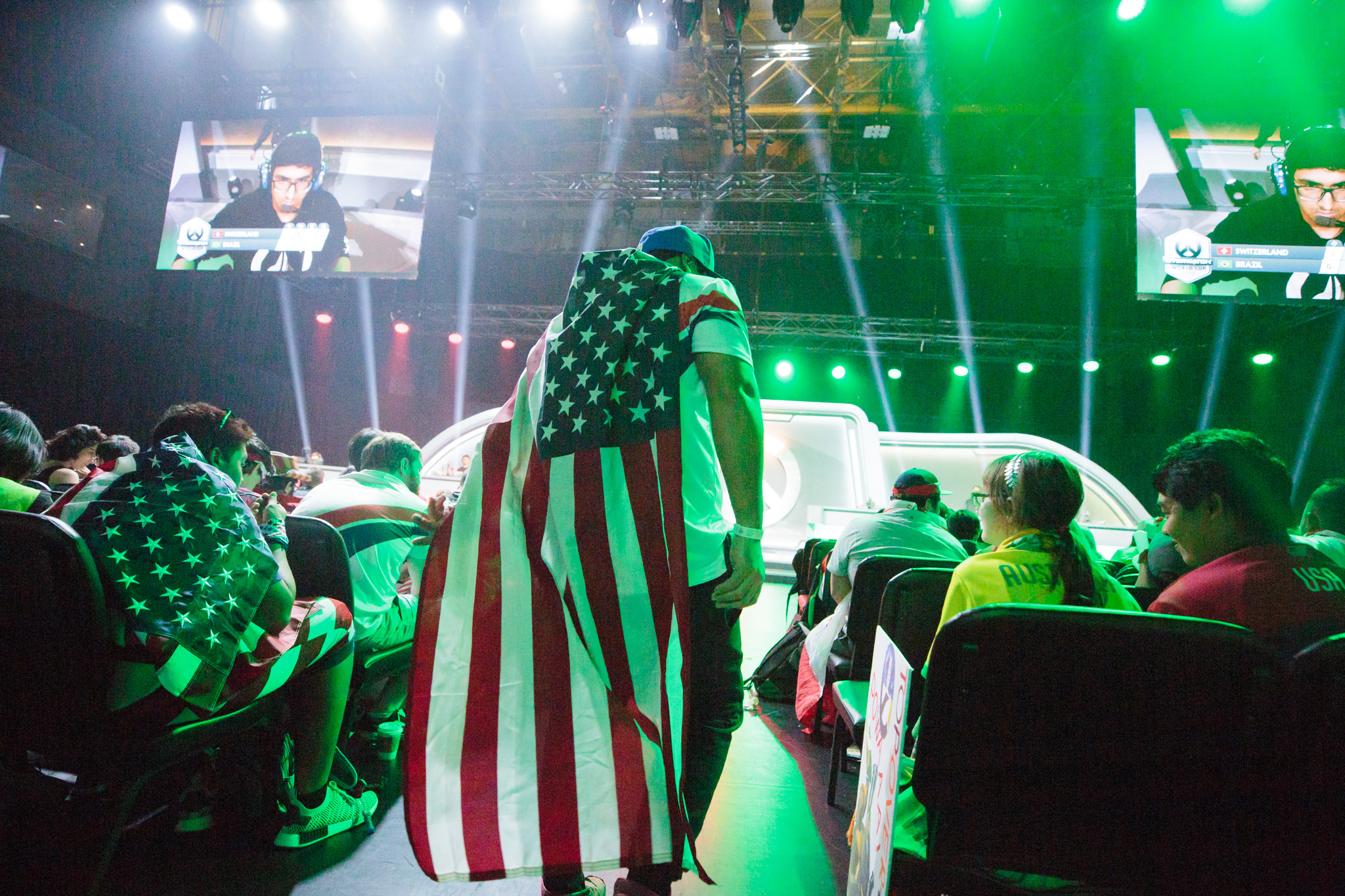 With another weekend come and gone, the Overwatch World Cup fans were treated to some very high-stakes games hosted right here in the U.S.A. Of course, after watching the very epic matches in South Korea, fans everywhere were hyped to witness the next set of Overwatch games to see who would join teams South Korea and Finland in the Top 8 at BlizzCon in November. This past weekend’s lineup included teams from the U.S.A, Canada, Brazil, Norway, Austria, and Switzerland. As many fans anticipated, Team U.S.A. and Team Canada wore their colors with pride as they ultimately claimed those top two spots and advanced to the World Cup at BlizzCon.

Despite both the U.S. and Canada having moved forward to BlizzCon, there was a lot of speculation and controversy over which team would truly come out on top when it came down to their final face-off this past Sunday. Leading up to their final match, both teams had made their position in the World Cup very clear – neither lost a single game to any other country. However, their stats did vary slightly with Canada going 4-0 on every map, while the U.S. lost a map against Brazil on day two of the games. With stats like that, it was going to be a very close call as to which team would come out victorious.

When day three finally arrived, the stadium had been filled with a sea of red, white, and blue. The intensity was thick, and the finish line was just within arm’s reach for both Canada and the U.S. No one knew what to expect when these two teams eventually collided, even after the first map. Oasis was pure chaos – neither team wanted to give-in, and in the end the U.S. barely managed to take the third objective, leaving the map score at 2-1. With the next map falling to King’s Row, the U.S. truly showed no mercy, not allowing Canada to even come close to capping their objective. It was starting to look good for our boys in blue.

Map three, however, showed a change in the tides. Tempe of Anubis proved to be a rough time for Team U.S.A., and Canada was ultimately able to take this map with the score at 2-1 against the U.S. The fourth and final map took us to Rialto. Despite being a very close call, Team U.S.A. came out victorious, taking the final map at 3-2. I think we can all give a huge sigh of relief after that one.

They say Americans have a lot of pride, and these Overwatch games definitely proved that statement to be true. Team U.S.A. fought with heart and soul, never backing down and never failing in the face of pressure. Despite every other team having put up good fights and given their all, Team U.S.A. and Team Canada put on a show to remember, and we look forward to seeing both of these teams compete at BlizzCon later this year.

For more information on the Overwatch World Cup, check out Blizzard’s website. In the , take a breather and mark your calendar for the next set of World Cup matches taking place in Thailand on September 13th!