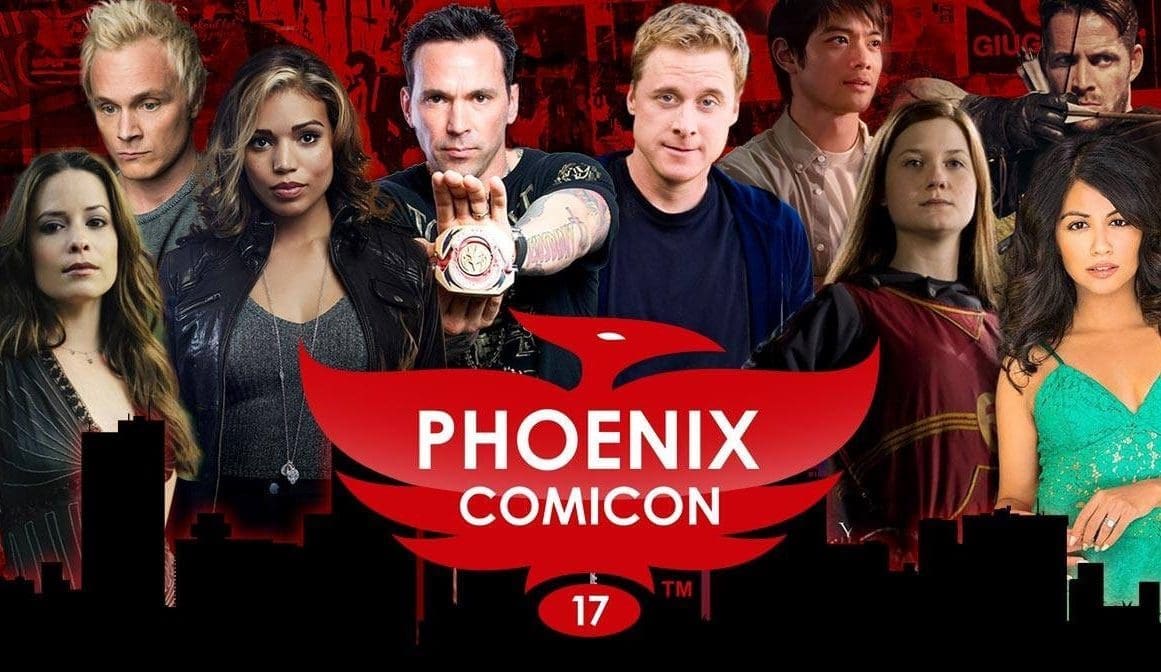 Phoenix Comicon, one of the most special events that any geek or geek at heart anxiously awaits all year is finally upon us.  In less than a month, the streets of downtown Phoenix will be filled with eager participants, as well as curious onlookers, looking to satisfy their hunger for unique souvenirs and memorabilia, while also being able to converse with spirited individuals that share their enthusiasm and interests.  Amateur and expert cosplayers, comic book connoisseurs, Star Trek/Star Wars debaters, Dr. Horrible/Dr. Who fans, Adventure Time/Rick and Morty lovers, anime aficionados, steampunk inventors, and much more.  I’ve only scratched the surface of the many thrills and engaging interactions that await the public when they walk the halls and hotels of this convention.

Aside from the exhibit hall, the panels, the parties, the Lego displays, the gaming rooms, the trivia contests, the costume contests, the fashion shows, the tea parties, the impressive collection of familiar, recreated pop culture vehicles, the food trucks, the film festival, and an escape room experience that should tantalize your brain, this convention will also be providing you the opportunity to meet and interact with some of your favorite authors, artists, and actors.  Some names or faces may be unfamiliar to you at first, but as you research their work you will notice not only their breadth of talent but a few things you’ve enjoyed that they are attached to, or may even have created.  You will be overwhelmed with excitement.  I would love to meet some of the amazing voice actors we have this year.  So you have some idea of who you will be expecting in a few weeks, here is a rundown of TV/Film guest celebrities:

Karen David – Once Upon a Time, Galavant

Sean Maguire – Once Upon a Time, EastEnders

David Anders – Once Upon a Time, Heroes, 24, Alias, iZombie

As you can see, this year’s lineup of amazing actors is brilliant and I’m impressed with the high-profile, marquee names that have accepted to attend. You can check out more information on the guests here and purchase photo ops and autographs here. For more information on the Phoenix Comicon convention, please visit phoenixcomicon.com and be sure to review all available hotel and parking details if you decide to stop by and stay awhile.  You can read about the convention and watch all the interviews online later when it’s over, but the stories you hear firsthand, not to mention the moments you share with your geek family, will be the enduring souvenir you carry with you forever.

Also if you are you concerned about prices, there are plenty of ways for you to be frugal and still attend the convention.  I’m sure the Phoenix Comicon fan community on Facebook can help you in that matter.  Also, remember that the streets outside the convention have free events going on the whole weekend.  If you have a cosplay you want to show off, come on down.   You can bet there will be a lot of people waiting to take a picture of you.  The fans of geek culture, no matter what you geek out about, are what makes this convention one of the best events all year.

For more on what to look forward to at Phoenix Comicon, check out our companion article here.