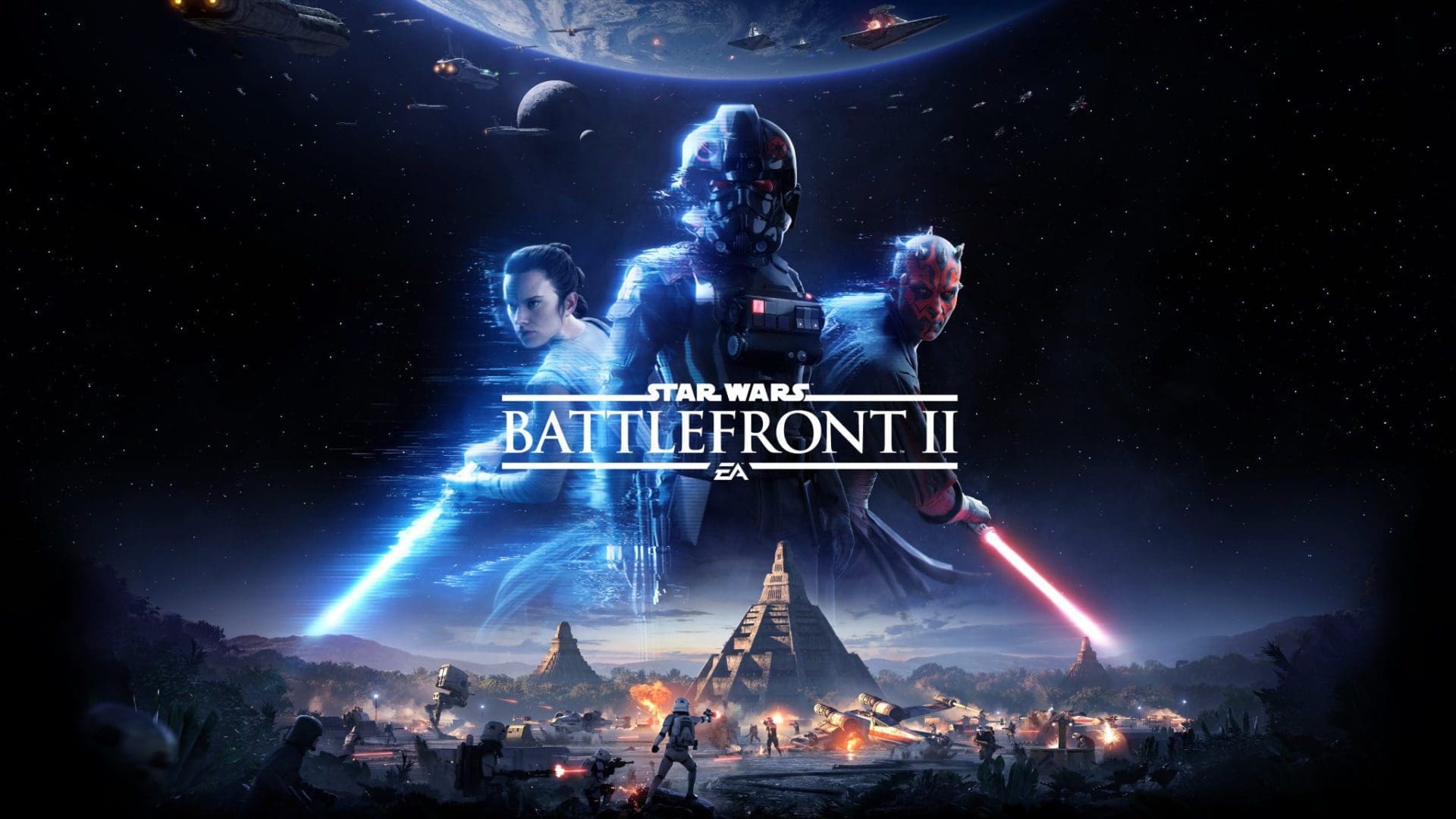 Pre-Order Now to Get Exclusive Looks for Rey and Kylo Ren from Star War: The Last Jedi

At Star Wars Celebration, Electronic Arts Inc., and Lucasfilm Ltd. announced that Star Wars Battlefront II will release on November 17, 2017, worldwide. Building upon the foundation of ground-breaking visuals and authenticity of the original Star Wars Battlefront, DICE, Motive, and Criterion are teaming up to deliver one of the most complete Star Wars games to date. Star Wars Battlefront II will allow players to experience the untold story of an Imperial elite special forces soldier in an all-new single player campaign, pilot a First Order TIE fighter through intense dogfights in space, and play as ground troopers or iconic heroes and villains such as Yoda and Darth Maul in epic multiplayer battles across all three Star Wars eras.

“In Star Wars Battlefront II, we all wanted to really capture the essence of being heroic and how in Star Wars, anyone can become a hero,” says Matt Webster, Executive Producer at Criterion. “Whether that’s playing as an iconic character like Rey or Luke, as a front-line trooper or fighter pilot in epic multiplayer battles, or playing through a new Star Wars story that bridges the gap between Star Wars: Return of the Jedi and Star Wars: The Force Awakens, you will become a hero in Star Wars Battlefront II.”

Featuring new characters created by Motive in close partnership with the story group at Lucasfilm, the Star Wars Battlefront II single player campaign will deliver a new exciting story to the Star Wars universe. Taking place in the 30 years between the destruction of Death Star II and through the rise of the First Order, the single player story introduces Iden Versio, the leader of Inferno Squad, an elite special forces unit of the Galactic Empire, who are equally lethal on the ground and in space. In addition to Iden, players will also encounter and play as other iconic Star Wars heroes and villains like Luke Skywalker and Kylo Ren during the campaign.

“EA has assembled an incredible set of developers to create a Star Wars gaming experience unlike anything fans have ever experienced,” said Douglas Reilly, Senior Director, Digital & Franchise Management. “Star Wars Battlefront II will offer everything players loved about the last installment and adds new modes that we know the fans want, including an entirely new story developed in partnership with Lucasfilm.”

“We wanted to create a campaign that told a story we haven’t seen before in Star Wars”, says Mark Thompson, Game Director at Motive Studios. “It was important for us to tell a new authentic story, one that gives players a brand-new perspective. By putting players in the boots of an elite member of the Imperial forces, we can show them what the battle was like from the other side.”

In addition to the all-new single player campaign, the team at DICE is evolving the game’s multiplayer to become the ultimate Star Wars battleground. With modes supporting up to 40 players, Star Wars Battlefront II takes fans through a wide range of iconic locations from all three eras: prequel, classic and new trilogy, including new in-game locations such as Yavin 4’s jungle canopies, the spaceport town of Mos Eisley, and Starkiller Base. Players can choose from an array of land and air vehicles and master their own hero’s journey, with customizable character progression across heroes, villains, troopers, and starfighters.

As one of the most requested fan modes, galactic-scale space combat is also brought to life in Star Wars Battlefront II. Criterion, with a deep history of creating some of gaming’s fastest and intuitive vehicles, has built space combat from the ground up with refined handling, weapons, and customization options. Players can drop into the cockpit of the galaxy’s most iconic ships, weave between asteroid fields and fly through imperial dockyards in high stakes dogfights.

Fans who pre-order Star Wars Battlefront II can join the excitement of the theatrical release of Star Wars: The Last Jedi, with content inspired by the upcoming film including exclusive* Kylo Ren and Rey themed looks. Players can also equip both characters with epic ability upgrades in multiplayer. Additionally, when taking the fight to space, players can upgrade to the Star Wars: The Last Jedi Millennium Falcon and a new First Order ship.

Players that order the Star Wars Battlefront II: Elite Trooper Deluxe Edition will not only have access to all the Star Wars: The Last Jedi inspired pre-order content, found in Star Wars Battlefront II: The Last Jedi Heroes, but can also dominate the battlefront as the ultimate Star Wars elite trooper. Every trooper class will receive upgrades, delivering superior firepower, deadly weapon modifications and epic combat abilities. Deluxe Edition owners will also get a head start on the battlefront, being able to jump into the game up to three days early.

To join the Star Wars Battlefront conversation please visit www.facebook.com/EAStarWars, follow them on Twitter at www.twitter.com/EAStarWars or sign up for the official EA Star Wars newsletter at http://starwars.ea.com/newsletter.