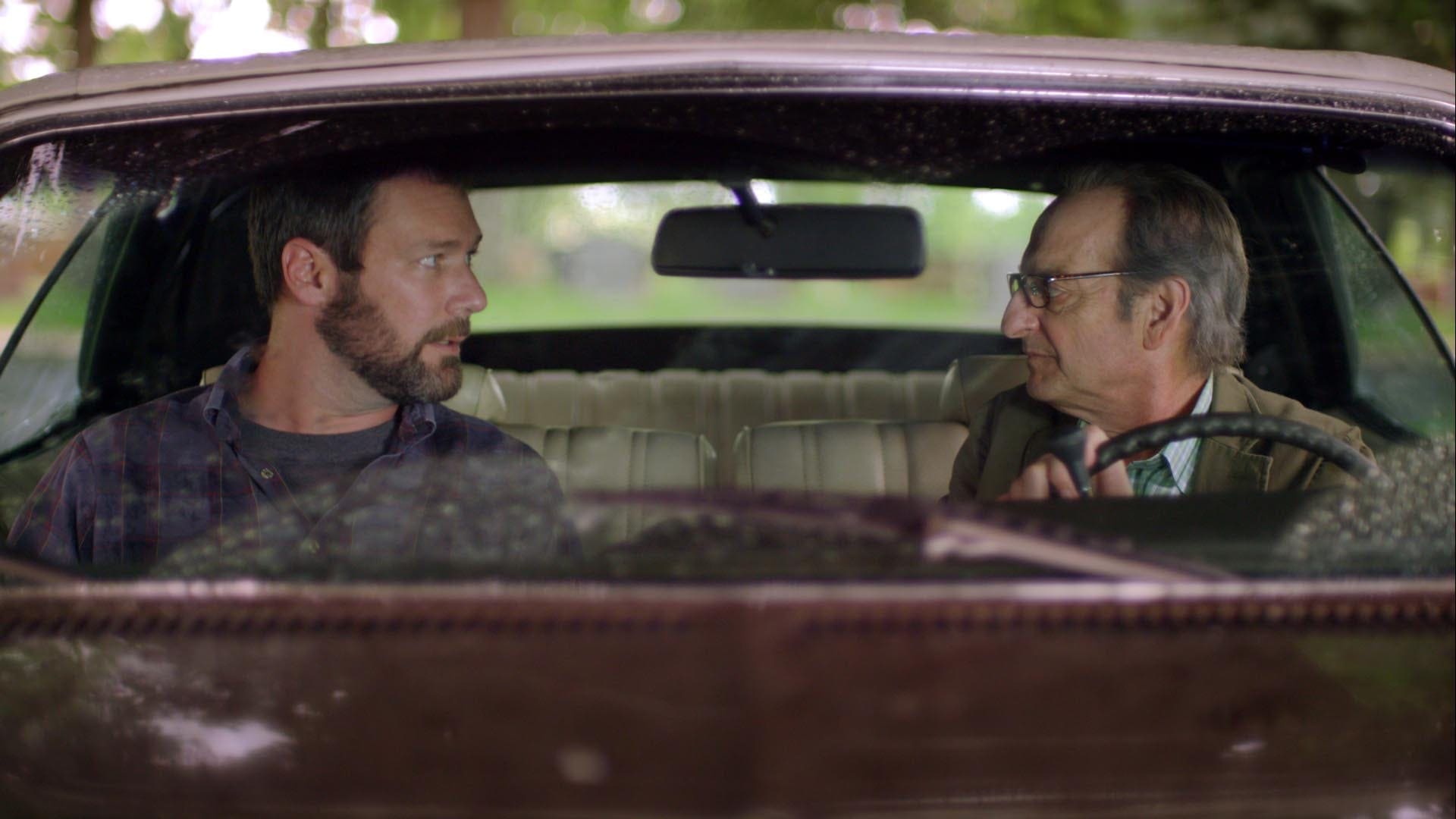 In The Pickle Recipe, directed by Michael Manasseri, Joey plays a DJ who is planning to perform his daughter’s upcoming batmitzvah, but a fire at a wedding destroys all of his equipment.  Now he must find the money to stay in business and avoid disappointing his daughter.  His shady uncle Morty (David Paymer) comes up with an idea to make some quick cash.  He hires Joey to steal a pickle recipe from his mom, Joey’s grandma Rose (Lynn Cohen), so he can then sell it to a wealthy friend.

Joey hasn’t seen his grandma in years so his sudden appearance in her life is less than welcome.  Rose is very protective of her popular pickle recipe and hasn’t shared it with anyone.  In order for Joey to get it, he must win Rose’s trust and enlists the help of a friend named Ted (Eric Edelstein).  Together they stumble from one scheme to the next in the hopes they somehow manage to get the recipe without being detected.

Much of the movie is focused on the humor.  The humor is over the top and unrealistic, but it tries to pull in a sliver of sincerity along the way.  It’s not enough to get you invested in anyone on screen, but at least it’s not a complete failure.  Where it struggles the most is the execution and timing.  When the punchline comes or the sight gag reaches you it just feels off and you are left wondering what is going on.  A specific moment is when Joey tries to convince Rose his friend Ted is a rabbi.  He does this by teaching Ted how to be Jewish overnight.  It’s cringe-worthy to the say the least and no reasonable person would fall for it, but this is the kind of movie where everybody falls for everything, at least long enough for the joke to run its course.

I am hard pressed to come up with reasons to watch a film like this.  You can tell the actors are putting forth their best effort, but the script they have to work with is pretty abysmal.  It has dialogue that no real person would speak out loud, but that might be intentional.  There is a particular tone the director is going for in this movie and that seems to be one of a sitcom.  An extra-long pilot episode that is trying to sell you on two-dimensional characters with zany antics and no weight or consequences to their actions.  If you look at it through that lens, I can see how you might enjoy this tragic comedy.

The Pickle Recipe is no brilliant comedy and it certainly won’t appeal to a mass audience, but, if you can look past the lousy dialogue, the poor script decisions, the lack of character depth, and the pacing issues, you may find something to smile about.  It’s more work than any audience member should have to endure, especially since this isn’t even some documentary or philosophical masterpiece.

I love indie films for how they showcase talent in their raw state, stripped of any Hollywood flourishes or polished edges.  If an actor has that ability, they can bring out the realism in their performance and pull us deeper into it without any cinematic distractions.  Unfortunately for this movie, the direction and script are devoid of inspiration and it shows in everyone’s performance.  Full disclosure.  I do not like pickles, but this movie makes pickles look incredibly appetizing.  It’s a small positive in all this negativity and it’s worth mentioning.  I kind of wish they focused more on Rose’s culinary skills and less on trying to make us laugh with goofball situations and unnecessary one-liners.  Nobody’s perfect I guess.

About The Pickle Recipe

Synopsis: Desperate for cash, a down on his luck party emcee is corrupted by his shameless uncle to steal his grandmother’s top secret pickle recipe.