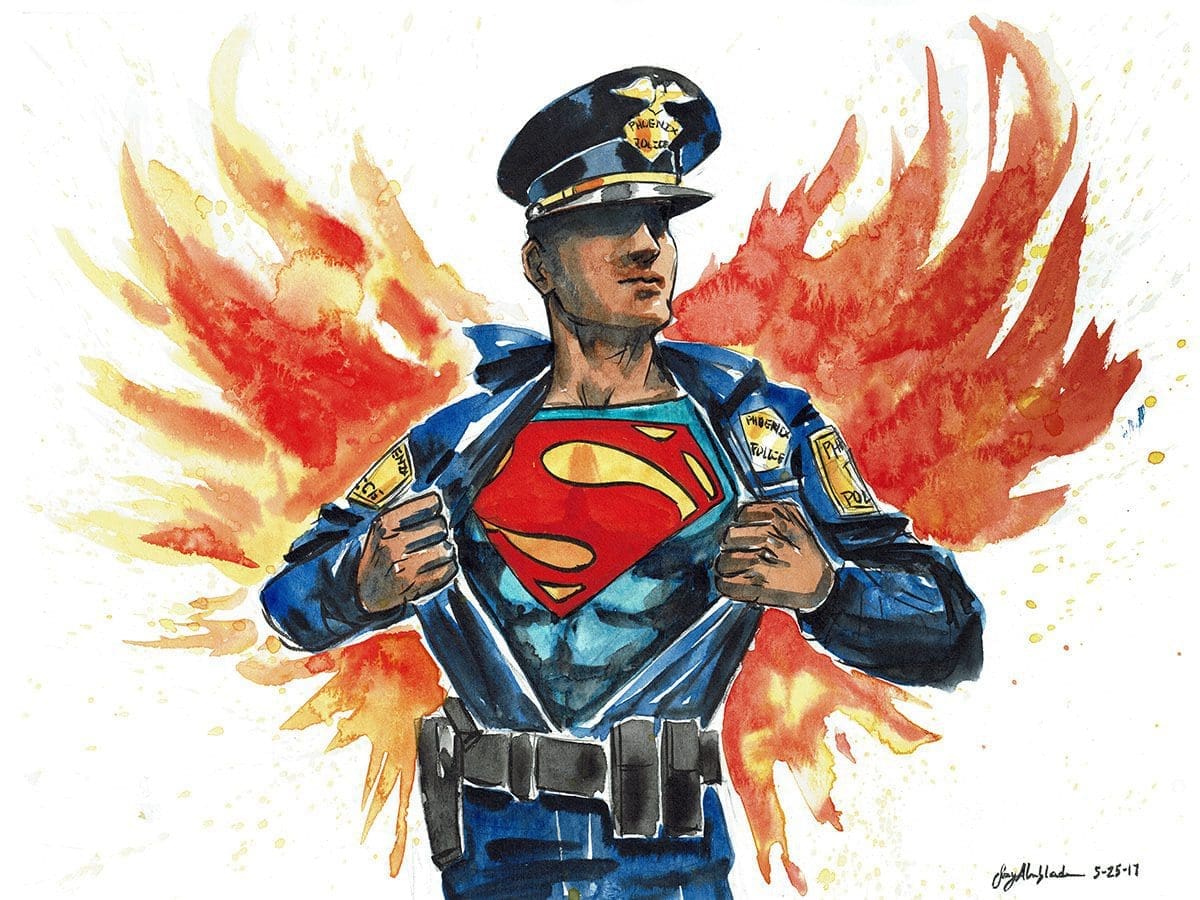 If you weren’t already aware of the situation that went down yesterday afternoon at Phoenix Comicon, here is a quick summary:

Now that you are aware of what’s going on, I just want to briefly share my thoughts. After perusing social media especially many of my personal friends feeds and relevant groups and fan pages, I saw how the community is really angry with emotions running high on what happened and the ensuing costume props ban. And understandably so.

Many attendees of geek conventions are cosplayers/costumers and they pour their heart and soul not to mention time and money into making intricate and out of this world representations of characters they love. These cosplays generally have elaborate props to accompany the character they are portraying and to lose that can possibly lose the essence of the character itself. The anger is understandable with many individuals asking for refunds.

Look, I get it. It’s not a fun situation to deal with. You’ve spent months preparing for this event hoping to showcase your hard work whether you are a panelist, participating in the masquerade or just hoping to get some photoshoots of your cosplay. But we have to take a step back from ourselves and look at it from a bigger perspective.

This situation could have got out of hand. Rather than enjoying a con without our props, we could be mourning the deaths of police officers, friends, family, fellow geeks and god forbid children as well. And there could possibly be no con to attend if this situation was not handled swiftly by the brave men and women in uniform.

And I’m sure the convention and its leaders did not have an easy decision to make in light of this situation. Comply with police security measures and provide a safe environment for their attendees so there is a con for everyone to enjoy or quite possibly not have a con at all this year.

As a regular convention attendee, I can guarantee you that there is at least one con that happens every weekend in the United States. This weekend alone, has 20+ conventions happening across the U.S. alone! There will always be opportunities to showcase your hard work. Just go to this site and you will see what I’m talking about: http://fancons.com/events/

Though the event might not be what you were hoping for this year, you can still enjoy it with your friends and fellow geeks. There’s plenty to do at Phoenix Comicon. Check out their website and programming schedule HERE.

We should take this opportunity to thank the brave men and women of the Phoenix Police Department for their handling of this situation without incident. At an event that promotes heroes of all capes and sizes, we actually got to see real life superheroes put their lives on the line to protect us. Below is artwork submitted by local artist Suzy Almblade with her personal message to the police officers:

I would like to thank you for what you did today. You potentially saved not only the lives of your fellow officers and friends but also my own friends and my twin sister who was in attendance today. Who knows what could have happened. Phoenix Comicon is a place where we nerds come to show our passion for our favorite heroes in books and on screen, but today you rose up in the face of true villainy and showed us that justice and virtue can win the day. You are our heroes!
God bless,
Suzy Almblade