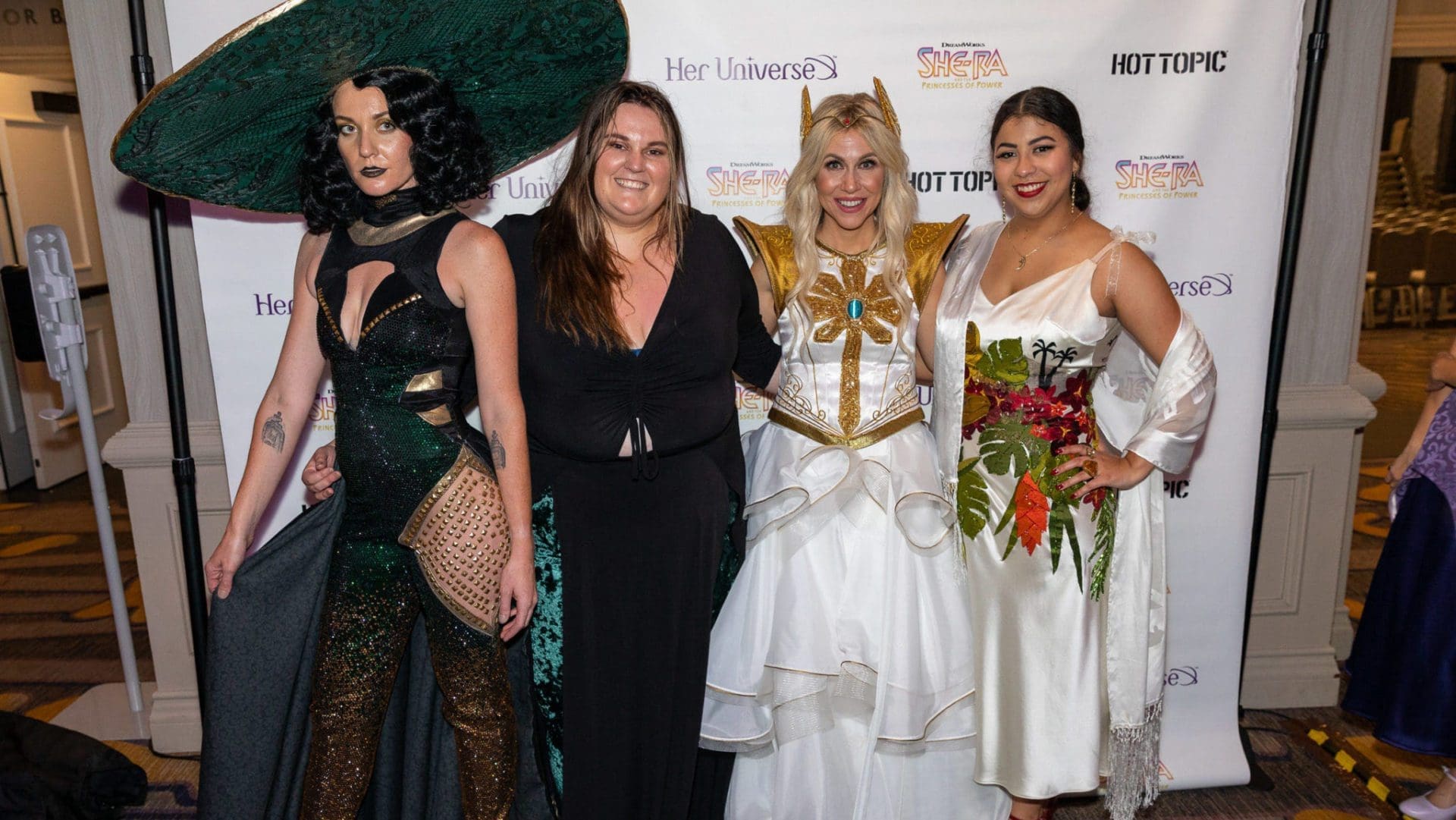 Presented by Her Universe, Hot Topic and DreamWorks Animation’s She-Ra and the Princesses of Power and in partnership with Cartoon Network, BoxLunch and The Pop Insider, The Her Universe Fashion Show opened with Eckstein dazzling the crowd with a transformative She-Ra and the Princesses of Power – inspired gown designed by 2014 Her Universe Fashion Show Winner Andrew MacLaine with custom accessories by designer Harmony Leiker. Eckstein announced that the companies initially came together when she was cast to voice an upcoming character in the critically-acclaimed Netflix original series from DreamWorks Animation.

Her Universe and Hot Topic also surprised the packed audience of over 2,000 fans with the announcement that a Haunted Mansion Fashion Collection by Her Universe is coming to Hot Topic and BoxLunch stores nationwide this fall. In celebration of the 50th Anniversary of the iconic Disneyland ride, Eckstein wore a custom couture pantsuit inspired by the famous Haunted Mansion wallpaper, designed by 2015 Her Universe Fashion Show winner Leetal Platt.

Ashley Eckstein also made a powerful statement with her On Our Sleeves™ themed dress for mental health as part of her ongoing work with Nationwide Children’s Hospital.

This year’s winning designers, who will design their work starting tomorrow at Comic-Con, are below:

Presented by Her Universe, Hot Topic and DreamWorks Animation’s She-Ra and the Princesses of Power in partnership with Cartoon Network, BoxLunch and The Pop Insider, this year’s 6th annual event brought together an all-new group of 24 aspiring designers who presented their original geek couture designs on the runway. The winners were awarded the opportunity to design a fashion collection with Her Universe for leading pop-culture retailer Hot Topic.