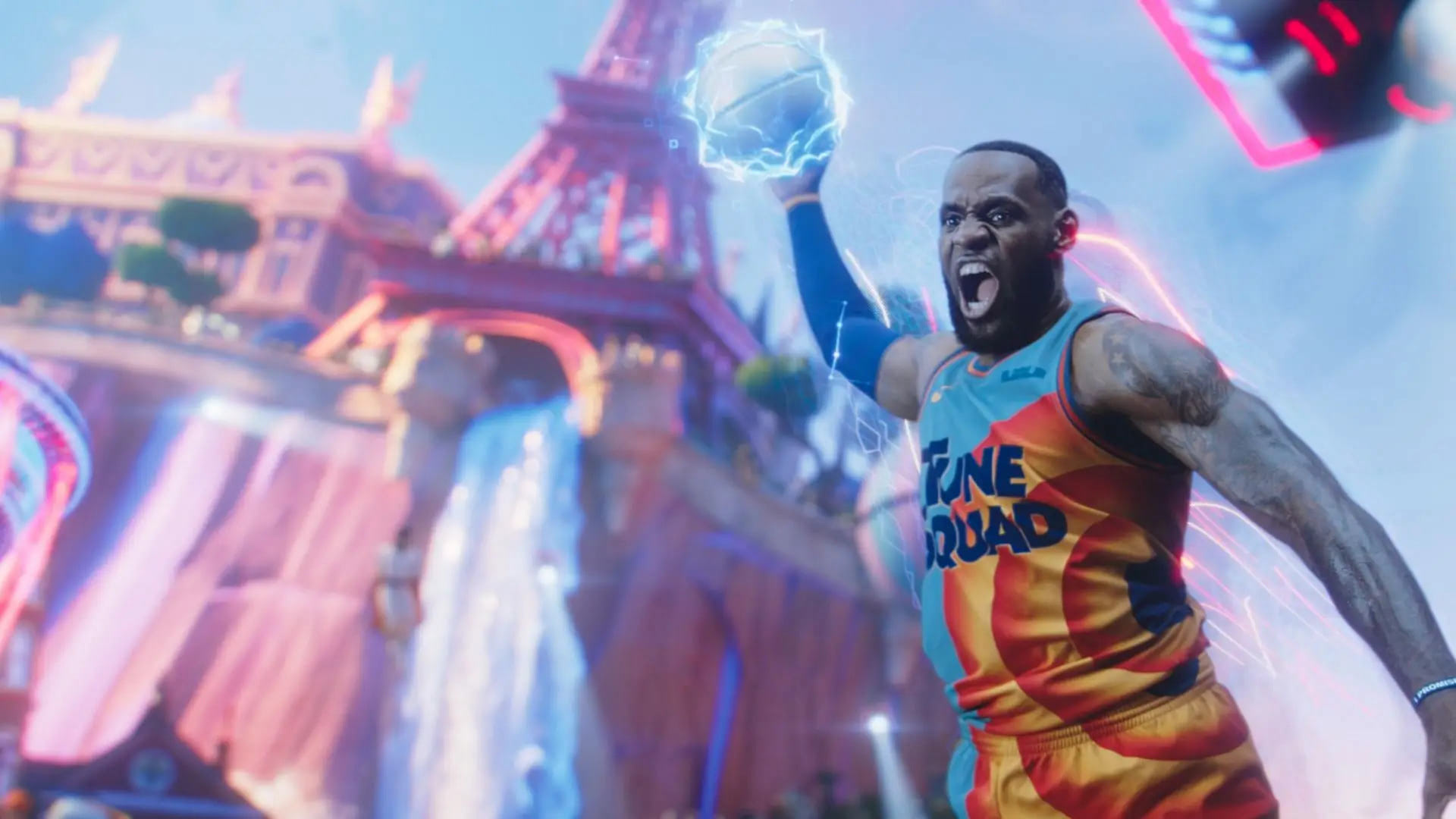 If you’re a fan of the original Space Jam, starring the legendary Michael Jordan, then it’s hard not to compare Space Jam: A New Legacy to it. The sequel, featuring Lebron James as the basketball star this time around, tries to pave a new path for the sequel. Although it makes a conscious effort to update the characters’ motivations, it falls short and ultimately becomes a giant billboard for all of Warner Bros properties reminiscent of Ready Player One and Ralph Wrecks The Internet. With that being said, the movie does have plenty of heart at its core, reminding us “To do you” and keep it fun.

Not unlike the original, the sequel follows the same basic premise: an all-star basketball player (Lebron James) gets captured in a cartoon universe and forced to compete in a basketball game and win or risk being trapped forever. However, the stakes are a bit more personal this time as it pits Lebron against his son, Dom (Cedric Joe). Lebron comes from an old school mentality, raised to work hard and focus only on the game of basketball, which he instills this same drive into his kids, especially Dom. Unlike his father, Dom has a passion for video game development which is at odds with his father’s drive for him to succeed in basketball.

In a segue from the original, rather than being captured by the Looney Tunes, Lebron is trapped by Warner Bros’ own algorithm program dubbed Al-G Rhythm (Don Cheadle). While at Warner Bros Studios, Al-G pitches a new promotion that Lebron turns down. Feeling slighted, Al-G decides to trap Lebron and Dom in his server-verse challenging Lebron to a game of basketball where if he loses, means Lebron and his son will be stuck in the server-verse for all time. This is only half the strategy though as Al-G wants to manipulate Dom’s relationship with his father as well so he can cause a divide between the two while also acquiring Dom’s scanning tech he designed for his own basketball game. Using this knowledge, Al-G creates his own team of all NBA/WNBA talent transformed into fearsome creatures called the ‘Goon Squad’.

Without getting any deeper into the key plot details, the story does carry some emotional weight over the original. While Lebron shoulders the burden of being an international superstar, his rigid upbringing is the main conflict between his relationship with his son Dom. Whereas Dom, who would rather just have fun, pours that same energy into his basketball game he develops, with style points to boot. Where the original was mainly focused on Michael Jordan, the sequel puts more emphasis on the father/son dynamic and how they both learn and grow with each other. This is the only reason that makes the film remotely watchable as Cedric Joe (Dom) gives a nuanced and mature performance as the son of an NBA superstar.

The sequel fails, however, in trying in earnest to be more than the original. Rather than focus on the Looney Tunes, we spend more time exploring Warner Bros back catalog of properties, from Game of Thrones to DC Comics, Mad Max to The Matrix, not to mention The Wizarding World and classics like Casablanca as well. It became a running joke in of itself with digital fans in the audience watching the basketball match dressed in Halloween costumes of your favorite WB characters. Though give credit where credit is due, the visuals and animation are ages better than the original which you can only hope to expect after 25 years.

For a film targeted towards kids, it misses the mark with an overreliance on nostalgia that is sure to befuddle those that are not even old enough to watch most of Warner Bros back catalog yet. However, parents will find some joy in those callouts to past franchises as well as the father/son bonding that is sure to resonate with most.

About SPACE JAM: A NEW LEGACY

Synopsis: A rogue artificial intelligence kidnaps the son of famed basketball player LeBron James, who then has to work with Bugs Bunny to win a basketball game.