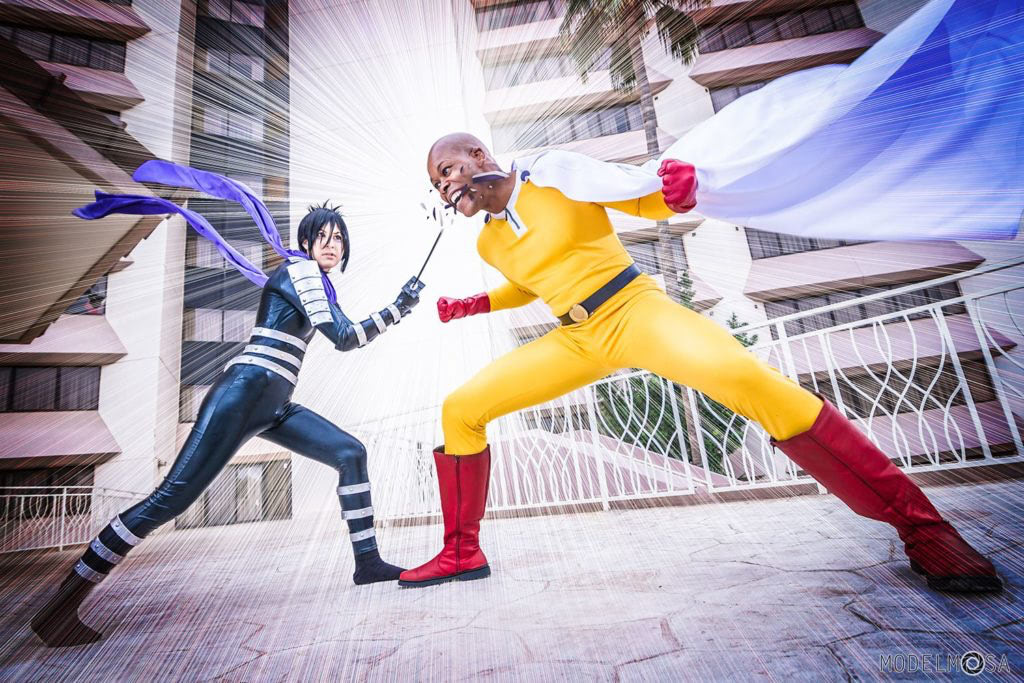 If you’re looking for something fun and entertaining to do to kick-off the start of the new year, make sure to put Taiyou Con on your calendar! Coming to Mesa, Arizona from January 6-8, Taiyou Con is an anime/manga focused convention providing an array of exciting events such as cosplay meetups, live performances, a chance to waltz the stage in a masquerade, and so much more!

In its seventh year of bringing the coolest anime con to Arizona, Taiyou Con is set to have the not to be missed anime concert of 2017. The concert brings together Shihoko Hirata, Lotus Juice, and Teddyloid for an unbelievable Friday night concert on January 6th, 2017.

Shihoko’s adorable soft spoken character may deceive you in person, but when she is on stage, her voice illuminates the venue with power and soul. Grew up listening to mainly Funk and Soul, her talent was recognized by Shoji Meguro in his works of Persona 4 series. The game has gained international recognition and it’s still loved by many fans around the world. The soundtrack Persona 4 The GOLDEN earned a title in SOUNDTRACK ALBUM OF THE YEAR of THE JAPAN GOLD DISC AWARD 2013.

Lotus Juice is one of the pioneers in rap for official Japanese anime and game music, Lotus Juice’s ingredients are from 90’s Hip Hop, J-Pop, Dub, Rock, Comedy, Love and many more. He is well known for his works with Shoji Meguro from ATLUS Japan, ripping the mic on the track “Mass Destruction” on the game Persona 3.

Teddyloid started his career as MIYAVI’s DJ and Sound Producer by joining his world tour when he was only 18 years old. He also produced OST for the GAINAX anime “Panty & Stocking with Garterbelt” with ☆Taku Takahashi(m-flo). He has also had experience in units with Shibasaki Ko and DECO*27, he established galaxias!, he has also sound produced for Momoiro Clover Z “Neo STARGATE” and had a guest appearance in 2013 Seibu Dome Taikai.

How can you follow such a great lineup of live performances? With a stellar group of voice actors! Taiyou Con welcomes Yuko Sanpei (Renton Thurston from Eureka Seven, Ryo Akizuki from [email protected], Boruto Uzumaki from Boruto: Naruto the Movie, and Pride from Fullmetal Alchemist: Brotherhood), Akemi Kanda (Nanako Dojima in Persona 4, Asuna Kagurazaka from Negima!, Kazuki Arisaka from Tona-Gura!, Czesław ‘Czes’ Meyer from Baccano!, and Ryou Fujibayashi from Clannad) and Clifford Chapin (Katsuki Bakugo in My Hero Academia, Conny Springer in Attack on Titan, Charles Grey in Black Butler, Koto Fujisaki in Noragami, and Yuri Dreyar in Fairy Tail), all of whom have done extensive work in anime and video games alike.

Taiyou Con is also welcoming Mega64 to their lineup! They are a series of short films and videos that recreate classic and current video games in real life created by Rocco Botte, Derrick Acosta, and Shawn Chatfield. These hilarious videos can be seen on YouTube! Their panels should be fun and hilarious!

With tickets starting at just $45 for the entire weekend, how could you pass up the opportunity to dive into this little world? If you can’t afford an entire weekend pass, no worries – a one day badge is also available! Or, if you have those extra bucks lying around, a premiere fan badge is also an option, which will grant you front-of-the-line access to all events and autograph signings, as well as a cool merch package! Not only that – if you’re wondering what to do with the young ones, Taiyou Con has that covered, too! Kids 12 and under actually get in for free (that’s right, free), so you’ll have no trouble dragging them with you; unless, of course, you have already converted them into mini Otakus, then dragging their little bodies will not be necessary.

No matter what, however you choose to enjoy Taiyou Con, you will definitely have a great time, meet wonderful people, and make lifelong memories! So, come and celebrate the wonderful world of anime, manga, video games and all-around Japanese culture in January at Taiyou Con 2017!