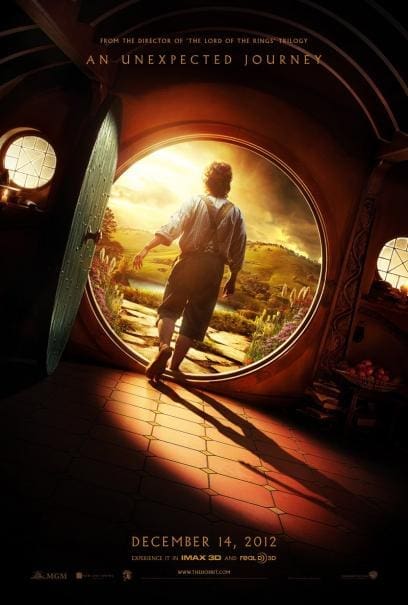 New Zealand – Director Peter Jackson has revealed Production Video #7, in which we’re given a 14-minute tour of Stone Street Studio, the former paint factory in Wellington, New Zealand that was converted into a film studio for the production original Lord of the Rings trilogy.

This video takes us on a tour of the Stone Street facility from the studio’s many soundstages and the various offices and workshops too. We meet many of the personnel as well as the crew members as they play an interesting game called Nine Square. The video closes off with a visit to WETA Workshop and the surprise reveal of who’s been filming the video blog this whole time!

Warner Bros. Pictures has also announced that the premiere of the highly-anticipated first film of the two, “An Unexpected Journey,” will take place on November 28 in New Zealand.

Bilbo Baggins is swept into a quest to reclaim the lost Dwarf Kingdom of Erebor from the fearsome dragon Smaug. Approached out of the blue by the wizard Gandalf the Grey, Bilbo finds himself joining a company of thirteen dwarves led by the legendary warrior, Thorin Oakenshield. Their journey will take them into the Wild; through treacherous lands swarming with Goblins and Orcs, deadly Wargs and Giant Spiders, Shapeshifters and Sorcerers. Although their goal lies to the East and the wastelands of the Lonely Mountain first they must escape the goblin tunnels, where Bilbo meets the creature that will change his life forever … Gollum. Here, alone with Gollum, on the shores of an underground lake, the unassuming Bilbo Baggins not only discovers depths of guile and courage that surprise even him, he also gains possession of Gollum’s “precious” ring that holds unexpected and useful qualities …A simple, gold ring that is tied to the fate of all Middle-earth in ways Bilbo cannot begin to know.

See the rest of the Production videos here: