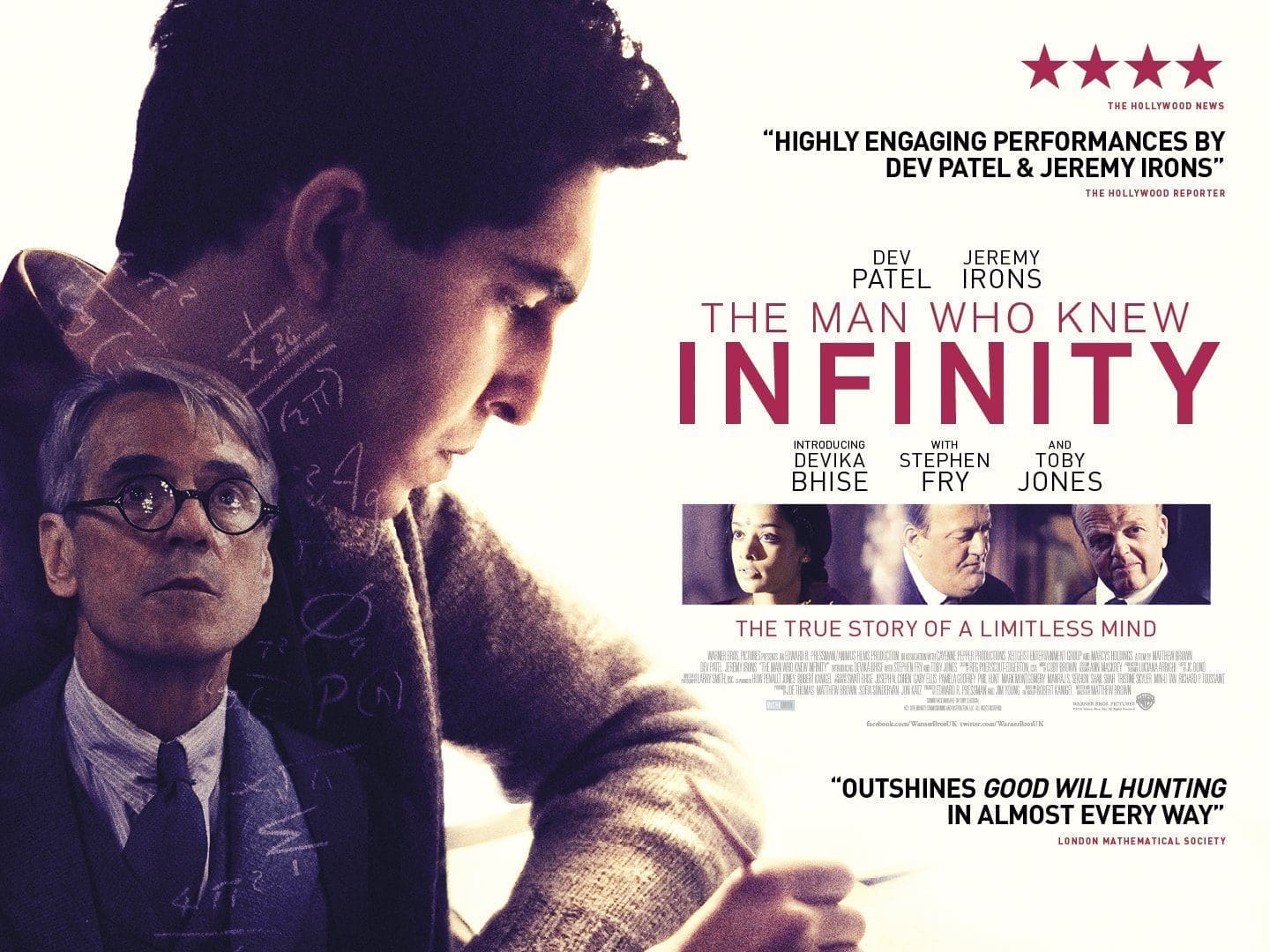 The Man Who Knew Infinity is a movie about the advancement of mathematics. While that may not sound particularly interesting at first, it’s a film that tells the story of Srinivasa Ramanujan, a mathematician from India who fought against the odds to be recognized by the world for his vast contributions to math. Many of Ramanujan’s work is used today to determine how black holes operate. But instead of looking at The Man Who Knew Infinity as a movie about math, look at it as a film about a man from India who fought for recognition.

From a purely factual standpoint, The Man Who Knew Infinity isn’t the best example of a biographical film. There are many portions of the movie that are either inaccurate or simply left out for the sake of making the film more dramatized. Even with these changes, the beginning of the film is a bit slow to get started. While the pacing isn’t the best in the first act, the rest of the movie does a decent job making up for this shortcoming.

Srinivasa Ramanujan is played by Dev Patel of Slumdog Millionaire fame. He works alongside Jeremy Irons as the English mathematician, G.H. Hardy. In real life the two had polar opposite personalities, and that’s on display in the film as well. Hardy’s colleague, Littlewood (Toby Jones), worked closely with Ramanujan in real life, but the film primarily focuses on the relationship between Ramanujan and Hardy. It’s a strained relationship, but both actors are convincing in their roles. You sympathize with both and it’s easy to understand their motives, even when the world was a much different place around the onset of World War I.

If you’re not a mathematician, you may have difficulty understanding some of the dialogue in the film. Unfortunately, the filmmakers didn’t really both going into detail on what Hardy and Ramanujan discuss when they work together. There’s one brief explanation of a single theory, but more often than not the audience is left to assume big things are happening. While it might have been difficult to break down math, it would’ve been nice to see at least a little effort put into trying to bring the audience into the math portions of the film.

About The Man Who Knew Infinity

Synopsis: Growing up poor in Madras, India, Srinivasa Ramanujan Iyengar earns admittance to Cambridge University during WWI, where he becomes a pioneer in mathematical theories with the guidance of his professor, G.H. Hardy.