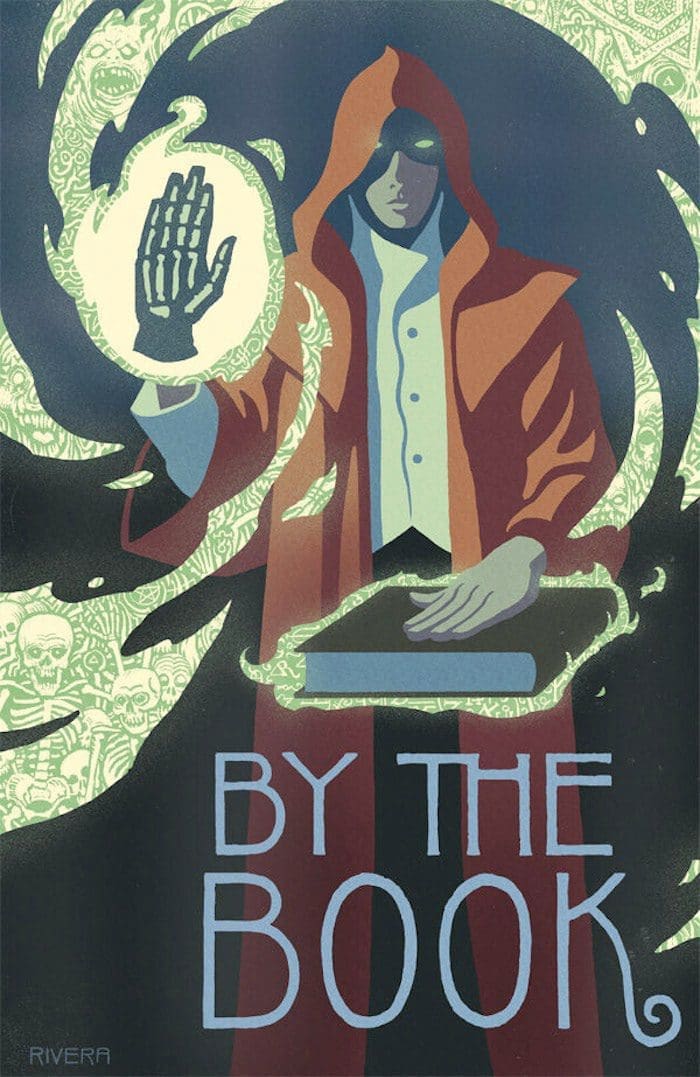 All I knew about The Occultist #1 before picking it up was that it was written by Tim Seeley, the creator of Revival and writer of Hack/Slash, and drawn by Mike Norton, the artist on Revival and the mastermind behind Battle Pug. What I wish I had known was that calling the issue a number one is a bit of a misnomer because the series was first released back in 2010, and this new five-issue miniseries is a continuation of that prior story. But any comic should be accessible to new readers no matter the numbering on the cover, and while Seeley attempts to pull readers like me into the mix, the end result is not altogether welcoming. The Occultist #1 reads like a friend trying to quickly catch you up on the first season of a television show while you’re in the middle of watching the second.

To his credit, Seeley provides a succinct introduction to the main character, a mild-mannered college student named Rob Bailey, who wields an ancient book of spells called the Sword that grants him the power to locate and fight spirits. His misadventure in a spooky, abandoned orphanage with his partner, Detective Anna Melendez, has a dash of supernatural fun to it, despite this dud of a one-liner: “The Occultist gonna shove a spell up your dead butt!” From there, however, the writing becomes overly dependent on the prior series, as the introduction to Rob’s mentor Mr. Charles leads to some strange stuff; an old man locked in a cage in the basement, a call to a mysterious benefactor, and some self-mutilation. It’s all too overbearing for a first issue to a reader with no knowledge of the series, and it’s not intriguing enough to warrant tracking down the previous one-shot and miniseries from 2010.

Yet for a comic that doesn’t take it too seriously, Norton is the ideal artist for The Occultist. His character models are simple and elegant and there’s a lot of expression in Rob’s interactions with Anna and his ex-girlfriend, Valerie. Norton does a particularly fantastic job of not only rendering haunting demon babies, but also rendering the psychedelic dreamscape of Anna’s subconscious. It’s a bummer that the art alone is not enough to keep me invested in a series like this from two creators I’m otherwise partial to.