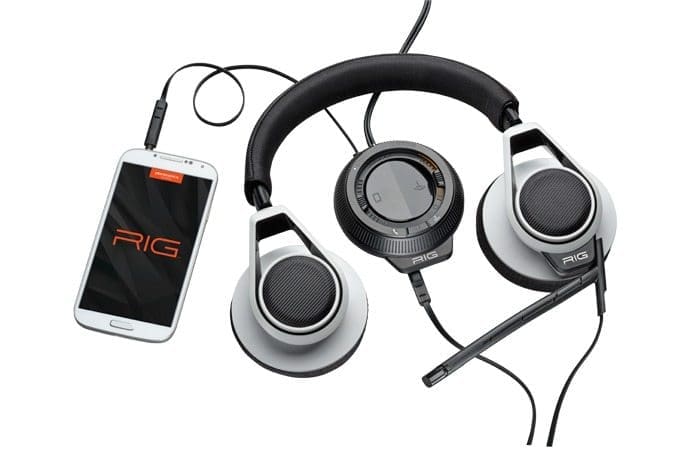 What makes a truly great gaming headset? Is it the ability to immerse the user in the action-filled experience they’re playing through? Do the wide array of features, allowing the gamer to multitask while scoring headshots or jacking cars (or both), make the device? What about a seamless integration of speech and sound, allowing someone to hear their teammates and bark orders on the fly? All of these are great features, to be sure, but personally as a wearer of plastic framed glasses, I find comfort to be tantamount to everything else combined.

For years I’ve used the Sony MDR-XB500 Headphones for all of my music, gaming, and podcasting needs, despite the sound being slightly muddled and it having no additional features. In fact, I loved the comfort of that particular pair of headphones so much, that last year after a TSA official broke my original pair I went out and (almost) immediately purchased a new one. The cushioned sensation of that particular pair of headphones soothed my spirit when working late, or on a plane like no other; how could anything else in the world beat them? At least, that’s what I wondered before coming across the Plantronics RIG.

The RIG is the latest gaming headset released by Plantronics, makers of many gaming-related sound devices. What it claims to offer gamers is the ability to play something on PC, Xbox 360, or PS3 with crisp sound, while also allowing them to take calls without interrupting their game. The way this works is using the included mixer, which feature both volume control, EQ profile changer, and a switch that allows a player to speak to people in-game before switching on-the-fly to a phone call to chat. Using the slider switched fitted around the inner-track of the mixer, one can alter how much they’re hearing from each side, or even go as far as to silence one or the other at any time.

The RIG itself features two separate, detachable mics, including a boom mic which is made for conversations in games and an inline mic for direct phone calls or listening to music. Feature-wise there is a lot going on with the Plantronics RIG, but is this a good thing? I’ve already alluded to the comfort of this particular headset, but how does it stack up on sound, features, and usability vs. its cost?

As mentioned previously, the RIG is a surprisingly comfortable headset. Even as a wearer of glasses, I found myself not bothered by the pressure applied around my ears. During lengthy gaming sessions* I rarely found the headset to be cumbersome, nor did it apply excess pressure around my ears or to my head (*I tested wearing the headset for 18 hours straight during two separate days, mixing gaming among random tasks). On a few different occasions I did notice some slight headaches, but this is to be expected after 10+ hour gaming sessions, which is outside my normal day-to-day behavior; as such, results from that may vary.

The look of the RIG has a lot going for it as well, from the sleek small form black design, to the accents of orange arrayed, along with a fine mesh-like covering. A headset such as this has the ability to make some random schmuck look at least 10% more hip than any other headset would.

[pullquote]Honestly, I don’t know how I’ll ever be able to own another headset…[/pullquote]
The design of the mixer itself is simple and intuitive, with only one issue in its design: the cables. Holy crap the cables on this headset are ghastly! From the mixer itself there are two permanently attached cables — keep those away from pets and teething children — one split cable for USB power and a 3.5mm audio cable to be hooked up to your TV/PC/Gaming sound device; the other an additional 3.5mm audio cable that can be hooked up to a secondary device, such as a phone, MP3 player, or in my case, my PC when recording on the 360. In of itself that doesn’t sound terrible, but then you have to take into account the detachable cords going from the mixer to your choice of mic for the headset, as well as one going from the unit to your controller. When everything was hooked up initially, it didn’t seem like an issue; then I picked up my controller and began to play. One twist of the controller in my hand and suddenly the entire unit became a tangle of frustration dwarfing most iPod headsets.

At least twice a day I’ve found myself needing to unplug and rewire the entire unit in an effort to keep everything cohesive and mostly untangled. This isn’t the worst thing in the world, particularly since most of the cables are exceptionally lengthy, but it still put a damper on some play sessions as nobody wants to spend 5 minutes messing with their sound every time they sit down.

Speaking of messing with sound, but in a good way, let me tell you about my favorite feature of the RIG: The fact that it gives complete control over how you want to listen while playing. Oftentimes I find myself replaying tedious aspects of games, either to grind levels/gear, or replaying and failing at a particularly hard segment. When going through the same part of a game for the umpteenth time, I am rarely interested in hearing the same dialogue, or the same sound effects, or even the same music repeated. Still, having access to some of the in-game sounds is nice, so that you can stay somewhat immersed during a crucial fight. When playing on a PC, this is rarely an issue as I can just queue up a podcast and listen to both through my headset — after some sound tweaking in the game settings, that is. When playing on the 360 or PS3 this becomes problematic though, as that set-up would require me to somehow wear two headsets at once. With the RIG all I need to do is hook the additional 3.5mm audio cable into either my phone or my PC, then set the phone slider higher than the game slider. Suddenly I’m able to listen to the latest episode of Constantly Calibrating, 3 Drunk Geeks, or the Mega Men Podcast without fear of an enemy sneaking up on me in Grand Theft Auto Online. This feature is also crucial for a new gaming initiative that I’ve been working on, as it allows me to chat via Skype on my computer while playing in-game.

Honestly, I don’t know how I’ll ever be able to own another headset, as the mixer has completely spoiled me.

Conversing With the Enemy

Sadly, the speech portion of the headset doesn’t quite live up to the standards set by the rest of the set. According to several people I spoke to on Xbox Live, there was a great deal of feedback coming through when I spoke. Often times this could be alleviated almost entirely, by simply unhooking and powering down the entire unit for a second or two, but it happened regularly enough that it became a problem. Additionally, I found that the boom mic had to be curved almost fully away from my face, otherwise my voice overpowered the senses of anyone I spoke to; sort of like Alanis Morissette in Dogma. With careful manipulation, and some time-wasting activities, the microphone served its purpose. It certainly works better than the standard in-box Xbox 360 headset mic that I’ve been using for eight years, but that doesn’t mean it’s not a headache for others sometimes.

Conversely, using the boom mic for phone call works phenomenally. According to several people I spoke to, I was coming through clearer and more intelligible than ever before — assuming the last part of that is a lie, because how would I ever come across as intelligible?

The inline microphone was a completely different issue however, as through both phone calls and gaming sessions, nobody was able to hear me. I know the cord itself was working as I was able to get sound through the headset, which begs the question of why the microphone was non-functional. Switching the hold/mute switch back and forth did nothing to alleviate it. Maybe a manufacturer’s defect? Sadly Plantronics tech support was unable to help me, as they claimed twice that I had mistakenly muted it instead of trying to solve the problem.

Perhaps I should have tried turning it on and off again, eh?

Listen With Your Ears, and Your Heart

“Josh, why haven’t you addressed the sound quality during this review?”

That’s a good question, imaginary friend whose speech patterns bears a strong resemblance to my own. The simple answer to it is that — this might bother some of you — sound quality isn’t that important to me. Despite spending large amounts of money on high-end sound equipment for my computer and TV, I can rarely tell the difference between high-quality and medium-quality sound.

What I can tell you is that when playing Grand Theft Auto V and Mass Effect 3 (my chosen test games) I found myself more immersed into the world than with either my standard headset or my speaker system. Gun shots whizzed by my ears and regularly made me jump. Late at night I found myself unsure if I was listening to the game through my speakers or the headset; worrying more than once that I was going to wake my wife up. This, in my opinion, is the sign of a good headset; one that you forget you’re wearing. It also worked wonders when playing both a podcast and listening to a game simultaneously. Neither were muddled in any way, both being easy to understand.

Detaching From the RIG

Overall, the Plantronics RIG functions better than I would expect from a gaming headset. The quality is by no means perfect, but the feature-list makes up for that. The $129.99 price tag is nothing when compared to the quality of the product you’re getting. Personally I wish I could get a set of these for the rest of my team, as I can only imagine it would aid in productivity. What that productivity is, I can’t imagine.

Bringing back the drama: a Beyond Two Souls preview