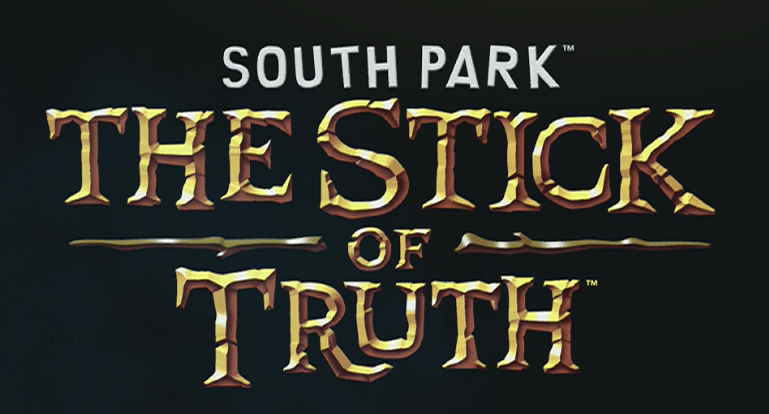 Comedy is arguably one of the most difficult genres to write for, no matter what medium it’s being created for. You’ve likely heard it thousands of times, that “comedy is subjective”. Essentially what one person finds funny, another finds repulsive. Something you thought was hysterical when you were twelve, is dull when you’re thirty. Hell, that joke you heard Tuesday at work that left you struggling to breathe, yeah on Wednesday you’re going to wonder why you laughed at all. This is part of the reason why comedy is not heavily tackled in gaming these days. Sure, we have games like Mass Effect 2 and much of the earlier Telltale Games library (i.e. Sam & Max, Back to the Future, etc.), but ultimately those are games with heavy comedic elements wrapped in dramatic overtones. Purely comedic games are supremely few and far between, and more often than not fall flat to many gamers — like Duke Nukem Forever, which was obviously a joke, right?

In fact, in the last five to ten years the only game that truly comes to mind for me is last year’s Deadpool, which managed to start off funny and stay that way for much of its eight or so hour runtime.

Why is comedy so hard to do successfully in gaming, compared to films where we see dozens upon dozens of comedies each and every year? Simply put, a comedic film needs to only have two or more hours of story, while games require ten to twenty to even be considered worth their value. So, why bother making a game focused on comedy when the odds are stacked so high?

Well, for that you’ll have to ask Trey Parker, Matt Stone, and the developers at Obsidian Entertainment, because despite all odds, they may have made the single funniest game of all time!

Before entering the meatier portion of this review, let me warn you of two things: First off, South Park: The Stick of Truth is likely the most subjective of games when it comes to humor. If you like South Park the show, then you’re likely fine, but if you’re someone offended by the long-running show, you should definitely avoid The Stick of Truth, for it is far more depraved than anything the show has done as far as I know. Secondly, that last part, yeah I have seen maybe five or six episodes of South Park since 2002, having given up on the show somewhere after its third season. So, for all intents and purposes this review is from someone who’s a novice to the South Park mythos. That being said, if you’re on the fence still, you may want to keep reading, as my review may offer an alternative vantage point.

South Park, despite what non-fans may think, has a long, rich history to it. Any show that’s been on the air as long as it has is likely to. The Stick of Truth is essentially the equivalent of taking seventeen years of history and cramming it into a single game. I do mean this quite literally, because this game is full to the gills with random notes and allusions to previous episodes. Every junk item you pick up features a description tying it to either a storyline or character, usually so much so that each area’s junk items are tailored to who resides there. People you come across in the world are all people you see in the show at one point or another, and are depicted exactly as you remember them; even for someone like me who has forgotten more South Park than he actually knew.

Hell, if you’re looking for fan service you need to only venture into the bedrooms of any of the main characters on the show. There you’ll find the walls covered with nods to the show’s history, and usually a closet littered with paraphernalia associated with the particular character. On my first playthrough I spent maybe ten minutes staring at each closet, trying to pick out what I recognized. In the end I was only familiar with maybe four or five items in Cartman’s closet, which is probably for the best. One thing I’ve read in the week the game has been out is that there may actually be too much fan service. Playing through the game you’re exposed to such a deluge of random nods and notes that it can often become difficult to progress further as the instinct to unlock every last nugget of information is so strong.

Overall the gameplay, from the combat/exploration side, can be summarized as Paper Mario with a South Park skin slapped on. While written out that may look, at its heart, like that’s a brilliant combination. The game takes place over three in-game days which progress based on story elements, not “real-time” elements. At the end of each day the player unlocks a new maneuver that allows them to journey to additional areas of the world, which creates that tantalizing “explore everything!” moment that the Paper Mario series was so fond of.

The combat functions fairly well, with the player unlocking new abilities as they progress through the fifteen experience levels. In combat you can bring along one of your friends, unlocked slowly as you complete the story, then you use abilities or your weapons to defeat enemies; fairly simple combat. That becomes the problem with The Stick of Truth’s combat; it is just too damn simple. Playing on normal I only had difficulty/died from one single boss encounter in the game, which was purely due to being under-leveled for it. By the end of the game, playing as a Jew of course, I found myself using one of two abilities: “Circum-scythe” (which is exactly what it sounds like) when facing a single difficult enemy, or “Plagues of Egypt” if I was facing two or more. “Plagues of Egypt” may honestly be the single-most devastating attack I have ever seen in a video game, as even if your enemies survive the move they’ll likely die before their next turn. Hell, I spent the last four or more hours of the game never seeing Kyle — the other half of my Dynamic Juo — never even attacking. Until the final boss battle, he simply stood around commenting if I took too long to press a button in combat.

While not the worst thing in the world, it does become problematic, as combat is meant to be fun in a game such as this, but in Stick of Truth it simply turned into momentary bursts of fart clouds and locusts before transitioning back to exploration, which is the beautiful heart of Stick of Truth.

If exploration is the heart of Stick of Truth, then the storyline is the never-ending climax. While crude to some, that’s what the game’s storyline is essentially: a simple cavalcade of outstanding humor that is likely to leave you blinded with tears, quivering in your seat on multiple occasions while playing. In fact, I’m reasonably sure I laughed harder in the average hour of Stick of Truth than I did while watching the last five comedic movies I saw in theaters combined.

Playing as “The New Kid” (aka “Douchebag”) you’re introduced to the world of South Park slowly, not even meeting some major players in the series til hours into the story. Like any ‘good’ RPG your character is a mute, highly customizable individual brimming with potential and prophecy. Honestly, this may in fact be one of the most customizable avatar experiences in gaming outside of an Elder Scrolls title. Aside for skin color and gender, nearly everything in the game can be changed at a later date. In fact, gender really doesn’t matter all that much as you can slap on enough make-up and feminine attire to make yourself feel as womanly as you like. The game almost constantly unleashes a barrage of new outfits, hairstyles, facial hair, stylizations, and weapons upon you, constantly making you question if you want your avatar to be emblematic of yourself, or to just go batshit crazy and make something out of your worst fever-dream.

Playing through the story, you’re ultimately exposed to nearly every trope in gaming. From a series of quicktime events masquerading as classic board game Simon, to characters that ramble on so long that you’re required to hold down the “skip cutscene” just to progress, you’re regularly exposed to nearly every trope gaming has to offer. This aspect of breaking the fourth wall works exceptionally well, as in the game you’re part of a game essentially. The kids of South Park are participating in their own version of Live Action Roleplaying, which in this world essentially means beating the shit out of people with weapons that may or may not actually exist. You journey through the single-most fully realized version of the sleepy mountain town that we’ve ever seen, which is probably the case as series creators Trey Parker and Matt Stone had to create the series’ first map just for the title. The world of Stick of Truth is not terribly large — you can loop around the entire map and touch every area in one thirty minute run, should you choose — but still you can find fourteen fast-travel locations, which is their way of including series favorite Timmy in the game. Sadly Timmy doesn’t get much on-screen time, and even lesser so if you’re like me and his random cutscenes freeze up.

The game itself plays out like one long episode of the hit series. Every time you enter the game you’re greeted with the familiar ‘twang’ we’ve all grown to identify South Park by. As each new day begins you’re shown the same scene you would see if the show was returning from commercial break. When it ends you’ll watch the well-known end credits sequence with full music. Honestly, if you carefully edited together all of the content in this game, you could probably very easily trick people into thinking it was just another episode, which is an amazing feat in of itself. Hell, editing is probably not necessary as I’ve heard stories of people not realizing it was a game during many of the cutscenes.

*Yes, I did the fart joke twice. Deal with it!

South Park: The Stick of Truth is, without a doubt the best movie/TV show tie-in game we’ve seen in…well, possibly ever. While the combat doesn’t live up to the grandiose epic we’re presented with, we’re still given a phenomenal world to explore in a place many of us are familiar with. If you’re unfamiliar with South Park itself, but still are curious if the game is for you, then ask yourself the following questions (taken from Brittney Brombacher of BlondNerd.com):

If your answer to any of those questions was “No”, then stay away. Stay far away.

If the above does not apply to you, then I fully encourage you to try out Stick of Truth. It is a surprisingly sublime experience that any fan of gaming and comedy would be remiss to not experience.

For further, vocalized, thoughts on South Park: The Stick of Truth, check out episode 86 of Constantly Calibrating.