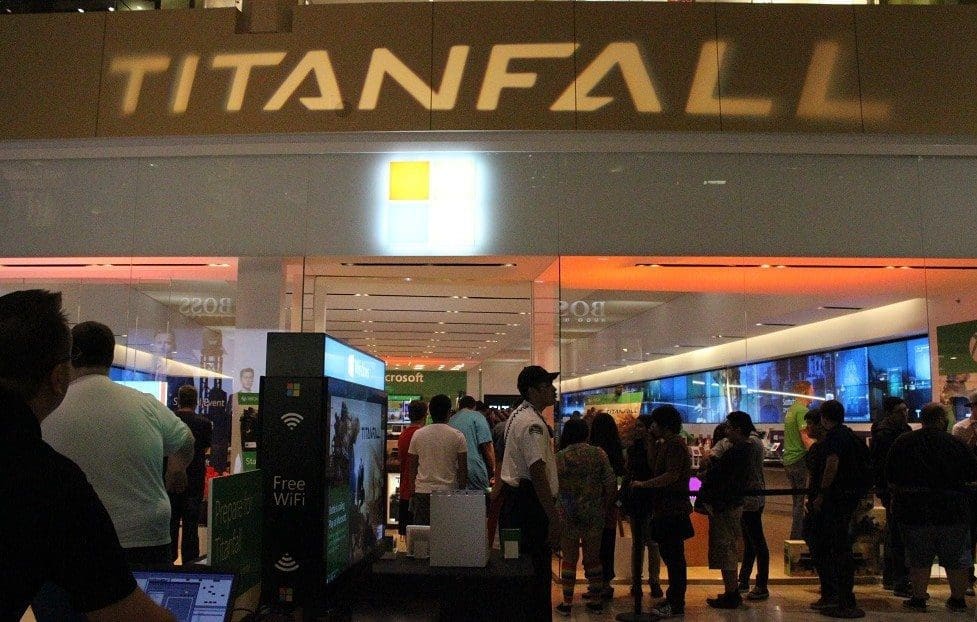 If there was one palpable feeling at the Titfanfall midnight launch event at the Microsoft Store in Scottsdale Monday night, it was eagerness. The entirety of the store was filled with customers awaiting the chance to nab their copy of the game, but the feel of this event wasn’t that of a celebration, it was more anticipatory and overall restlessness to finally go home and play.

However, there were plenty of raffles, freebies and live demos of the game to appease the antsy crowd. Arizona Cardinals Wide Receiver Larry Fitzgerald appeared at the event to take photos with fans and try his hand at piloting a titan (although the NFLer admitted he didn’t often play video games, but seemed to be having fun anyways).

Were you at the midnight launch? Check out our photo gallery to see if we snapped a picture of you before the titans fell at midnight!

Make sure to check back in the next week for Geek News Network’s review of Titanfall!

had a good time at the release party, honestly didn’t think it was going to be as packed as it was