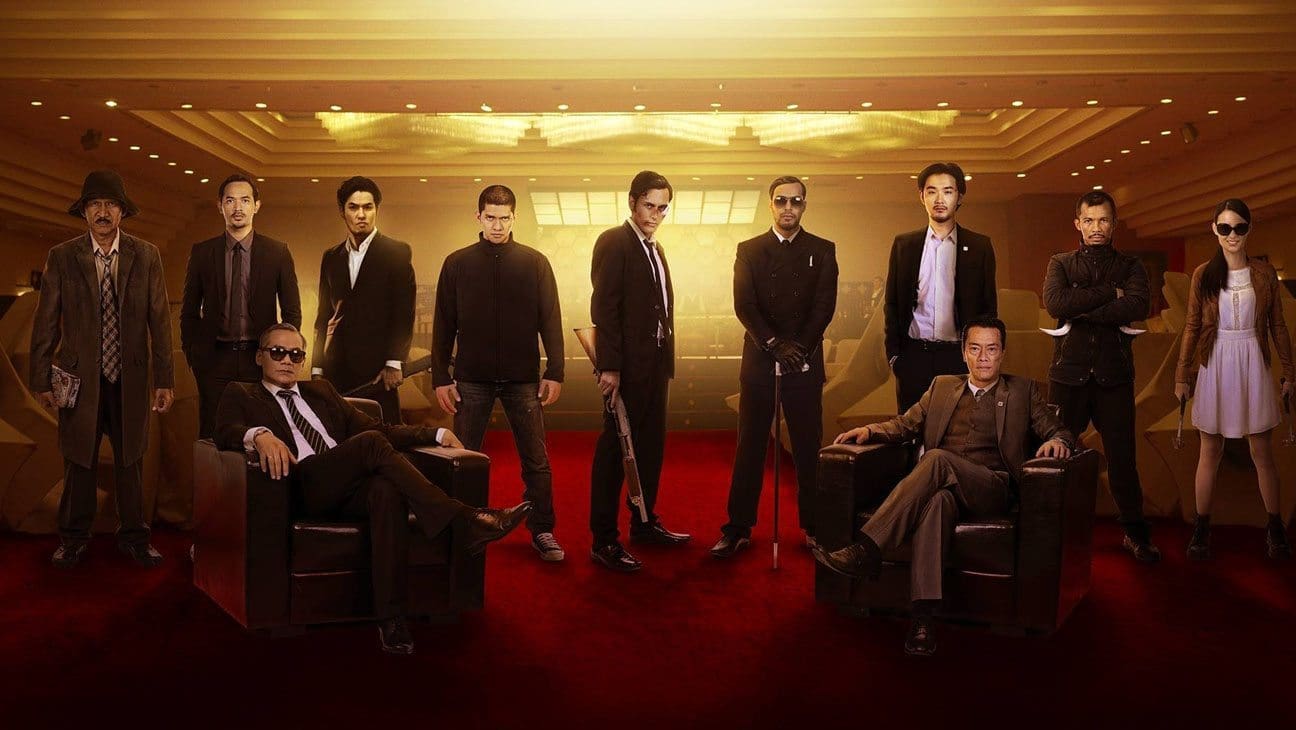 Just when your heart finally has a chance to rest, director Gareth Evans brings you the follow-up to his highly praised action film Raid: Redemption.  If you think you’ve seen it all at this point, you will be pleasantly surprised as the director seeks to take a familiar gangster story and put his own frantic spin on it.

The story picks up right where the first one ended.  After the siege of the apartment building, Rama (Iko Uwais) is brought before a man who runs a covert ops task force.  He is persuaded to join a special mission to infiltrate a criminal organization in order to root out the crooked cops who protect them and other gangs that plague the city.  Before he can do this, he must create a criminal identity, which requires him to leave his wife and child behind and spend several years in prison.  Once in, he eventually wins the favor of the son and the boss he hopes to work for.

The pace of the film does slow down a bit in comparison to the first movie since the director is now tasked with building an entire world of gang-lords and their tense relationships with each other; but don’t worry, ’cause that amazing energy that Redemption gave us is thrown into this movie in spades.  Sometimes with colorful fashion given the new enemies Rama has to deal with.  Death and pain is nothing in this movie if not unique with each victim.

The film shows hints of others you may know such as The Departed or The Godfather, but above all else, the standout performances are in the fight scenes.  Outstanding doesn’t begin to cover it.  The level of intensity and realism with each sequence will keep your eyes glued to the screen.  What makes those scenes so powerful and emotional is the attention to detail as well as the movements which aren’t slowed down at all as far as I can see.  The wounds that accumulate with each punch, kick, stab, etc; and not a hint of special effects even though you know they’re there.  I’m almost curious to learn how they pulled it off, but I’m having too much fun suspending disbelief.

Of course the drama between the fight scenes only serves to enhance the movie as a war begins to brew behind the scene.  The tension I spoke of earlier is just what an opposing mob boss hopes to take advantage of by blaming several violent and deadly acts on the Yakuza.  If a war were to break out, all territory and men would be up for grabs.  So Rama finds himself the cautious observer and reluctant peacekeeper when the need arises.

One actor you may remember from the first film, Yayan Ruhian, played Mad Dog.  In this movie he plays Prakoso, a loyal friend of Rama’s boss.  As soon I saw him, it was obvious they couldn’t let his skills at fighting and acting end at Redemption.  You’ll be rooting for him in this movie.

Rama is Malaysia’s answer to John McClane as he finds himself thrown into near impossible situations that he must escape from; and although Bruce Willis always lives to fight another day, it never seems so certain for Iko Uwais’ character.  Death is constantly descending on him and it’s all he can do just to stay on his feet.  He does not do this for duty or honor, but for the the safety of his wife and child who he hopes to one day see again.

The final fight scene in the movie will leave you breathless; and even though I still consider the original movie to be my favorite of the two, this one opens doors to new stories I can’t wait to see unfold.   From the style of martial arts, Silat, to the editing, this new franchise is the torch bearer for action movies in my opinion.  So sit back, attempt to relax, and pick your favorite weapon in the movie.  It might be tough to choose.  Baseball anyone?

Synopsis: Only a short time after the first raid, Rama goes undercover with the thugs of Jakarta and plans to bring down the syndicate and uncover the corruption within his police force.

This movie just rocked so hard! It was worth the trip to drive 100 miles to the nearest theater that was playing it