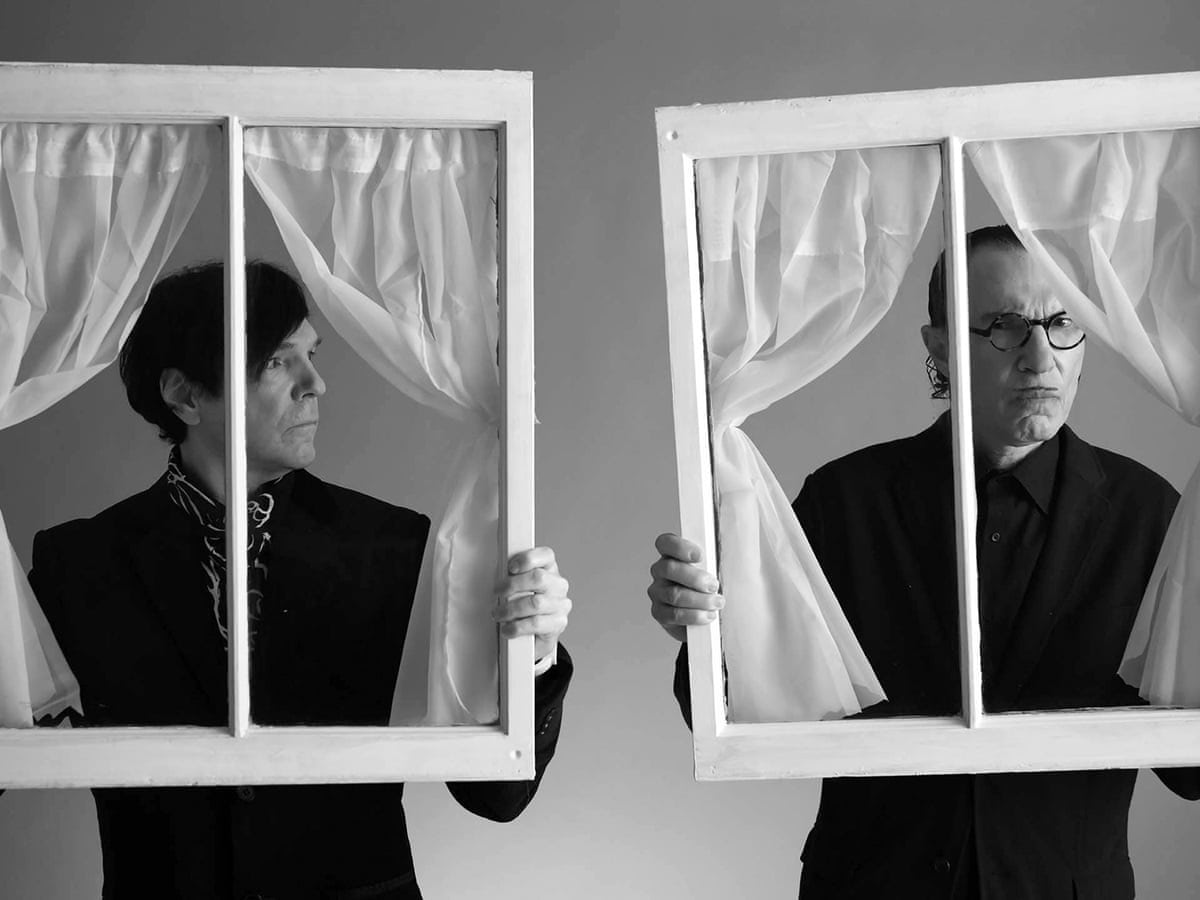 Over the past few years, there have been a number of films and documentaries based on legends of the music industry. In many cases the documentary is made first, then a dramatized version hits cinemas in the years that follow. We can only hope this is the case with Edgar Wright’s latest film, The Sparks Brothers. As a mostly formulaic documentary, it would be extremely interesting to see Wright’s trademark vision style attached to a dramatized version of the rise and fall and rise of Ron and Russell Mael, aka The Sparks. Let’s journey together into a closer look at this documentary in our review of The Sparks Brothers.

If you’re unfamiliar with The Sparks, you’ve probably at least heard their influence in other bands. When you hear music from The Sparks for the first time, it feels familiar. They are essentially unknown legends that have a discography that spans five decades and counting. As evidence of this, Beck, Jane Wiedlin, Weird Al, Steve Jones, and more all chime in throughout the documentary speaking fondly of The Sparks music, as well as the two brothers as people.

From a factual standpoint, The Sparks Brothers is a top-notch documentary film. However, given the fact that it’s directed by Edgar Wright, who has helmed such films as Baby Driver, Scott Pilgrim vs. the World, and Shaun of the Dead, you may be expecting a bit of visual flair. While there are some fun sequences between interviews and informational segments, for the most part, this feels like a fairly straightforward documentary. It’s funny and entertaining, but you’d be hard-pressed to find telltale signs of Edgar Wright without digging deep.

Documentary films don’t need to have style and flair to be successful. They primarily provide factual information on the subject matter. Being entertaining is just a bonus. But when you hear Edgar Wright is directing a documentary, you expect a bit more sizzle to be included. Unfortunately, that isn’t really the case with The Sparks Brothers. The documentary is very informative and has enough humor and fun to keep you watching for over two hours, but you can’t help but feel there could’ve been more.

There are many documentary films that go above and beyond to provide style and flair to the production. They provide ample amounts of information, but also entertain almost as much as a dramatized feature film. What We Left Behind, the Star Trek: Deep Space Nine documentary had the unique approach of creating a new episode of the series, while weaving in and out of interviews, fan commentary, and more. These kinds of documentaries that go above and beyond are not a requirement, but they add a considerable amount of value to the material and generally appeal to a wider audience.

All that said, The Sparks Brothers is still an entertaining and informative documentary that should appeal to almost any music lover. It doesn’t matter if you’re a long-time fan of The Sparks, or you’re just hearing their music for the first time, The Sparks Brothers are worth the two hours you’ll need to invest. Give it a watch, then cross your fingers for a dramatized version directed by Edgar Wright that will almost certainly never happen. One can dream, right?

About THE SPARKS BROTHERS

Synopsis: The Sparks Brothers, is a musical odyssey through five weird and wonderful decades with Ron and Russell Mael celebrating the inspiring legacy of Sparks.