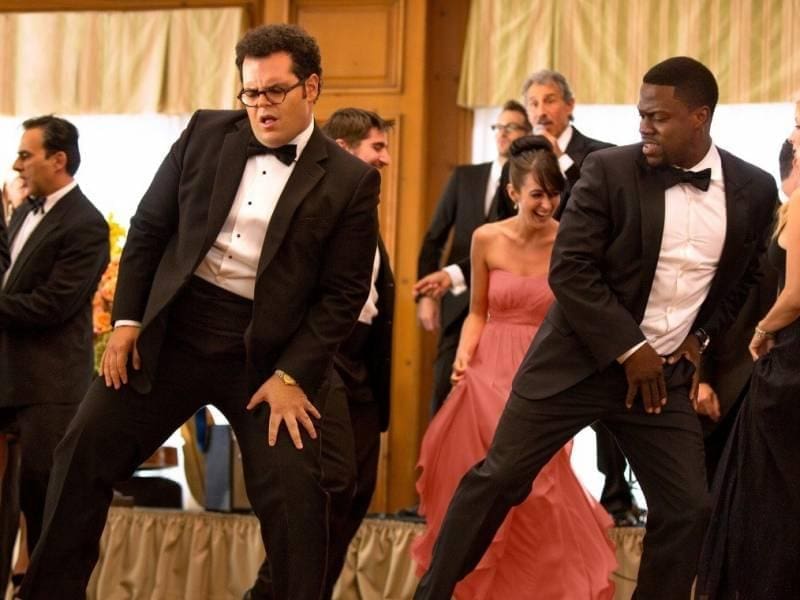 Comedies are really hit or miss for most people. Unless the film is ridiculously funny from title screen to credits, it’s very difficult to say a comedy is good or bad due to the large variance in what people consider funny. While the recent release of Top 5 focuses on humor aimed at African-Americans, Kevin Hart and company went with a more traditional take on humor for The Wedding Ringer.

The acting in The Wedding Ringer is fairly average. Kevin Hart’s performance as best man for hire, Jimmy Callahan is about what you’d expect from the comedian. If you’ve seen any other Kevin Hart movie or even his standup, this is the Kevin Hart you know and love. His crew of groomsmen are also fairly solid in their performances, and that’s where a bulk of the laughs come from.

Unfortunately, there’s nothing that really pushes The Wedding Ringer over the top. It’s average to above-average the whole way through, but nothing that really makes you feel as though this is a film you can’t miss. Kaley Cuoco-Sweeting plays the bride-to-be, Gretchen Palmer, and Josh Gad plays the groom, Doug Harris. Gad definitely has a few great moments in the film, and is fairly convincing as the guy with no friends. He’s definitely not the problem.

Kaley Cuoco-Sweeting is where the issues start to arise. She offers a lackluster performance at best. Most people have only seen her in The Big Bang Theory, so this was her chance to prove she has some range in her acting ability. Unfortunately, all we get is a slightly smarter version of her Big Bang Theory character, Penny. You’ll be hard-pressed to see anyone buy Penny as you’re watching The Wedding Ringer. Even though she has average intelligence, instead of the “dumb blonde” performance she uses in Big Bang Theory, this still feels like Penny and that shouldn’t be the case.

There are some big laughs in The Wedding Ringer, and some that will likely fall to silence. This definitely isn’t the funniest movie you’ll see this year, but it could potentially rank in your top five. If you’re a fan of Kevin Hart, you should have a pretty good idea of what to expect from this film. If you’re not a fan of Hart, there isn’t much you’ll get out of The Wedding Ringer. While there are plenty of laughs that don’t directly involve Hart, this is a Kevin Hart film through and through.

As with most comedies of this fashion, it’s fairly predictable. You’ll know how the film is going to end halfway through it. But that’s not really the point. It’s a comedy, and it should make you laugh. Although it will make some people laugh more than others. The Wedding Ringer isn’t a bad film, but it’s not a movie you’ll be talking about next week.

About The Wedding Ringer

Synopsis: Two weeks shy of his wedding, a socially awkward guy enters into a charade by hiring the owner of a company that provides best men for grooms in need.