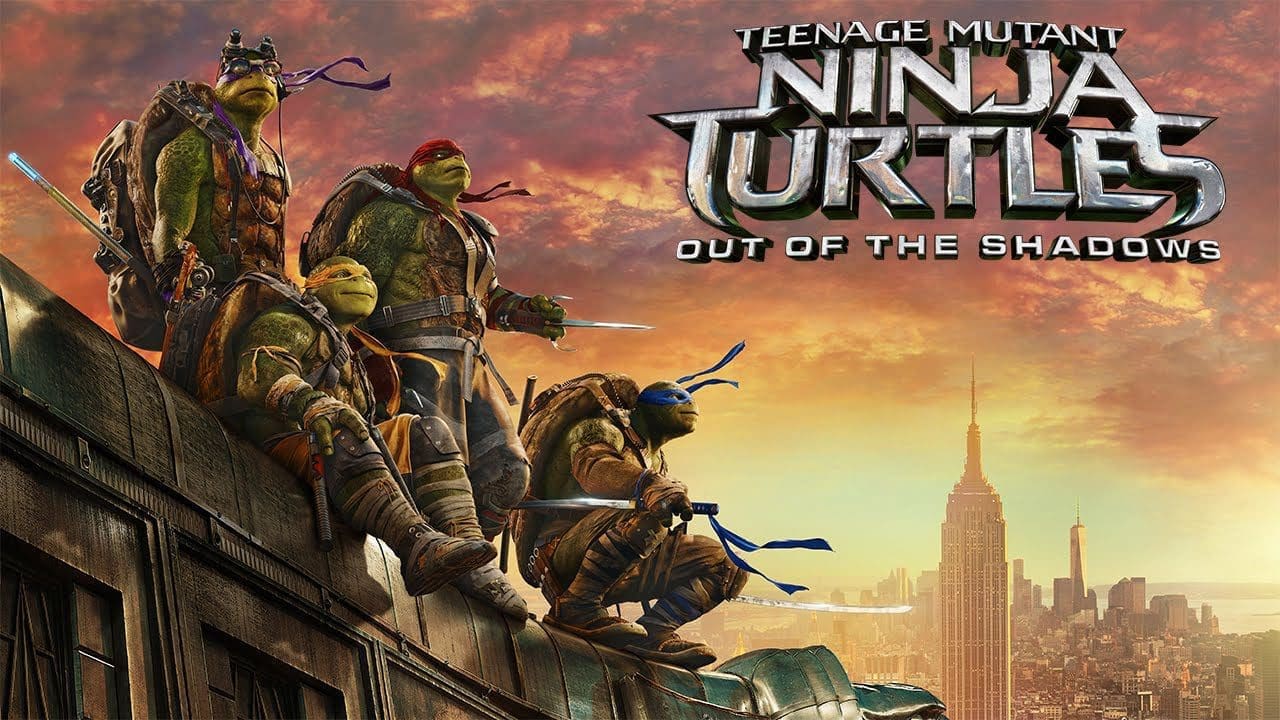 The Teenage Mutant Ninja Turtles have been around for quite some time between the comic books, various cartoon series and the live-action and animated films. When Michael Bay’s production company took on the Turtles back in 2014, it didn’t appeal to anyone over the age of 10. While the new film, Teenage Mutant Ninja Turtles: Out of the Shadows, doesn’t up the age of the target audience, the creative team added quite a few nods to the classic cartoon series of the late 80s and 90s, and it didn’t turn out half bad.

First things first, this is a movie for kids. You won’t see a lot of adult humor as it’s almost all toilet jokes that are going to make the kids laugh, but most adults won’t be moved. As long as you go into the movie understanding who the target audience is, you should be able to enjoy Out of the Shadows much more than the previous film. There’s a lot thrown into the movie, and the nearly two hour run time does feel a bit long, but it’s hard to imagine everything fitting properly in a more convenient 90-minute time frame.

The four headlining Turtles and Master Splinter are back, alongside April O’Neil (Megan Fox) and former camera man Vernon Fenwick (Will Arnett), as they go up against Shredder (Brian Tee) and some new friends. Joining the Turtles this time around are Casey Jones (Stephen Arnell), Baxter Stockman (Tyler Perry), Rocksteady (Sheamus), Bebop (Gary Anthony Williams), and Krang (Brad Garrett). It’s a packed house with almost all of the Turtles allies and enemies showing up at one point or another. Not everyone has a substantial role in the film, but it’s nice to see so many familiar faces.

Speaking of familiar faces, one of the biggest complaints with the newcomers is Casey Jones. He only dons his trademark hockey mask one time, and Stephen Arnell just doesn’t seem to understand the character; either that or the creative team doesn’t know what do to with Casey Jones. He spends more time talking about his ambitions in life and making random treats than he does with a hockey stick and other sporting goods the character is known for. The first time you see him in full gear is great, but every other scene comes up short, especially compared to what Elias Koteas brought to the character back in the 1990 live-action film.

Krang spends more time outside of his humanoid suit than he does in any previous incarnation of the Turtles, but this is an understandable change given the fact that you wouldn’t see him well otherwise. While Krang’s voice is very different than it was in the old cartoons, it will grow on you by the end of the movie. Even Bebop and Rocksteady look and act fairly similar to the classic cartoon, even if they lean a bit more toward the juvenile side of things.

The plot is kind of all over the place, but that’s not uncommon for the old cartoon either. Shredder is trying to collect three pieces of a device that will allow Krang to come to Earth. Of course, two of these pieces are in New York, but the third conveniently landed in Brazil. It seems the only reason it’s there is to give the Turtles a reason to battle in the jungles of Brazil, similar to the snow battle in the previous movie.

All of the fight choreography is significantly improved from the last film, and while the Turtles are still massive in size and oddly light on their feet (they are ninjas after all), everything just works better this time around. It’s a little long and easily forgettable once you leave the theater, but as long as you turn your brain off at the door and you’re okay with the juvenile humor, you should be able to enjoy most of Teenage Mutant Ninja Turtles: Out of the Shadows.

Teenage Mutant Ninja Turtles: Out of the Shadows:[usr 3.5]

About Teenage Mutant Ninja Turtles: Out of the Shadows

Synopsis: As Shredder joins forces with mad scientist Baxter Stockman and henchmen Bebop and Rocksteady to take over the world, the Turtles must confront an even greater nemesis: the notorious Krang.

EMMA. | AN ENDURING TALE OF PRIDE AND HUBRIS