Going into Trance, a film by Slumdog Millionaire director Danny Boyle with Trainspotting and Shallow Grave screenwriter John Hodge, I was expecting a very “by the numbers” type film; your regular Hollywood drama/thriller. This was mostly due to the video advertisements for the film being flashy, with its dubstep music, and digital pixelation to look edgy. I’m very pleased to tell you, the trailers do it no justice.

The film stars James McAvoy as Simon, an art auctioneer, who begins the film by narrating about art and how art auctions have changed, along with his role in its protection from thieves. This quickly leads him to demonstrate the real process and how it doesn’t always go as planned. The whole things transitions well and immediately draws you into the scenario and the events which follow. Simon takes a hit in the head and has a sort of amnesia at a very inconvenient time, when the art thieves whom he was working for find that the painting is misplaced after the robbery. He consults hypnotherapist Elizabeth Lamb, played by Rosario Dawson, for help in recovering his lost memories. We then enter the world inside Simon’s mind. Seemingly normal at first, but memories surface that change Simon, and the line between the mind and reality begins to blur.

I enjoyed trying to figure out when Simon was under hypnosis or not. There were always subtle clues to indicate which state Simon was being portrayed. The cinematography often gave the film a living painting feel and was dreamy or had this perfect balance of lights/colors/­shapes. This really typified what I enjoy about films and this film in particular. Atmosphere and that almost perfect mixture of story and visuals that leave an impression. I won’t deny, the film starts out a little slow but hits certain beats that keep it afloat. The lead actors really show panic and confusion well.  The intensities and subtleties were on the mark from the leads and really give the characters life.

In the end, the film has a certain chaos and is a welcomed emotional roller coaster, with a finish that may disappoint most but satisfy others. I found the film clever, and just a bit predictable. Definitely a fun, exciting, and quite sexy film overall.

Synopsis: Trance follows the story of an art auctioneer who has become mixed up with a group of criminals partners with a hypnotherapist in order to recover a lost painting. 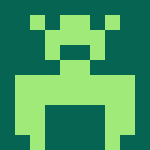