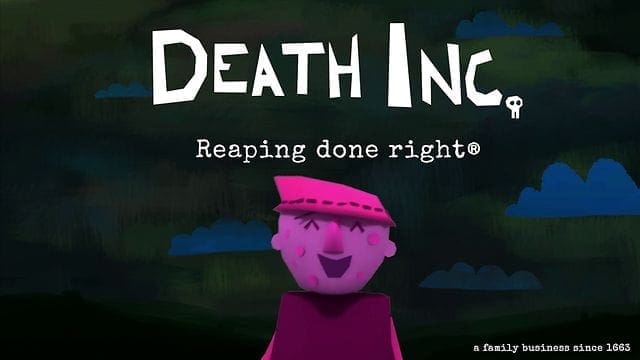 Remember Death Inc., the Black Death era game where you play as Grim T. Livingstone, freelance reaper in charge of stopping the King of England from discovering the secrets to immortality. Early last month I wrote about the Kickstarter campaign from developer Ambient Studios, which sadly failed to meet its goal.

Now the developers have announced that the game will still launch in November at £14.99, with players able to opt-in right now for the paid alpha at $10. So success, right? The Kickstarter may not have succeeded, but through selling it direct to customers Ambient Studios may have found a way to keep the game dead (alive).

“We were overwhelmed by the support we received during our recent Kickstarter campaign. Despite the fact we didn’t reach our initial target, we did raise support of over £122,000 – that’s a tremendous amount of support which has given us the confidence to push on.

“Doing it ourselves has also given us the freedom to give more back to the community. Players who pre-purchase the game now will be able to join us on this incredible journey as Death Inc. helping us shape it into the game we know will be enjoyed by the world over.

“The tiered nature of Kickstarter meant it made sense for us to limit alpha access to players who pledged $40 or more; now everyone who supports us will get immediate access to the game through until the final version later this year.”

If you would like to check out the game for yourself, or maybe even donate something extra, you can head on over to the <em>Death Inc. website.