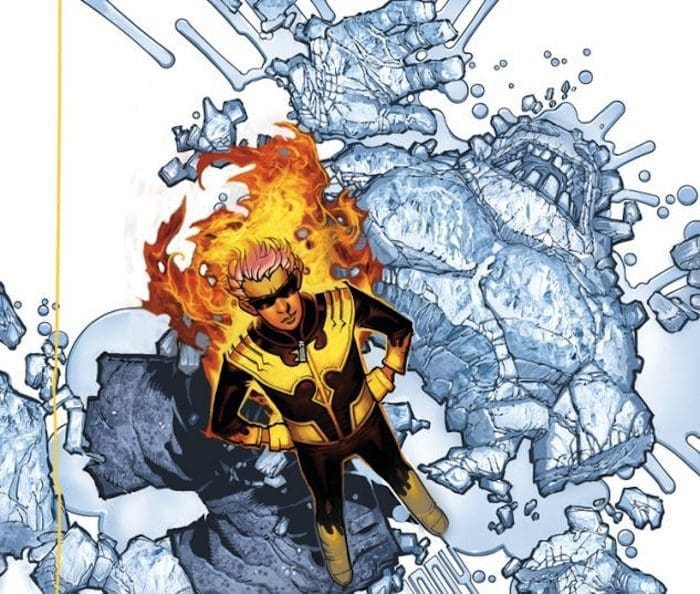 Seeing as the last chapter of Battle of the Atom (X-Men #6) laid all of the cards on the table with regards to the future X-Men and their fraudulent claims, it’s no surprise that this week’s installment, Uncanny X-Men #13, is an all-out war between the various X-Men teams. There’s been a lot of fighting during the eight chapters of the Battle of the Atom event and while at times Uncanny X-Men #13 feels like much of the same, there are moments of consequence that add heft to the battle otherwise. Several mutants are seemingly killed within writer Brian Michael Bendis’ script, and though knowing this universe there is likelihood of these characters coming back, thinning the herd might be in this event’s best interest. Bendis and artist Chris Bachalo do an admirable job of juggling the staggering number of mutants this chapter has to offer, but somewhere along the way it becomes too overwhelming for the duo to handle.

Part of me wishes Marvel would put out a companion book alongside this event that only deals with the tasty morsels of the future that are offhandedly mentioned. I imagine an entire issue can be done on the true future X-Men, on how Wiccan went from Young Avenger to X-Man or how Quentin Quire tamed the Phoenix Force. There is certainly an issue-worth of information on Ice Man’s ability to be both a Hulk-like monster and a Gandalf-like wizard in the future, and it’s probably hilarious to boot. Not much is even known about the fake future X-Men, and despite what the cover to Uncanny X-Men #13 might indicate, Raze, Wolverine’s son of the future, isn’t explored at all. And it’s frustrating to know that when Xorn (aka Jean Grey) tells Magik in this issue that she knows Magik will eventually kill herself, the explanation will go unexplored because with two chapters remaining, time is not on this event’s side. There’s a major complication that arises toward the end of the issue that will likely lead the narrative in the final two chapters. Spoiler alert:  More fighting will ensue.

Let it be known that I unabashedly love Chris Bachalo’s art, especially his work on the X-Men, but I can be the first to admit that this script is not suited for him. Given Bachalo’s tendency to switch from incredibly detailed character models to inconspicuous ones, the amount of X-Men featured in this issue is just too overwhelming. There are several panels where the action gets big but Bachalo’s characters get miniscule and it’s near impossible to tell who is on the page. His panel framing is also off, with close-up shots of the characters making it difficult to tell who is where and with whom. Toward the end of the issue is a moment in which Raze transforms himself into Young Cyclops to travel back in time, but Bachalo doesn’t show the transformation until after he changes back, so it’s not immediately clear from a narrative perspective what is going on. But Bachalo does still draw one great looking Krakoa, that’s for sure. Bet he’d draw a killer future Ice Man book, too.