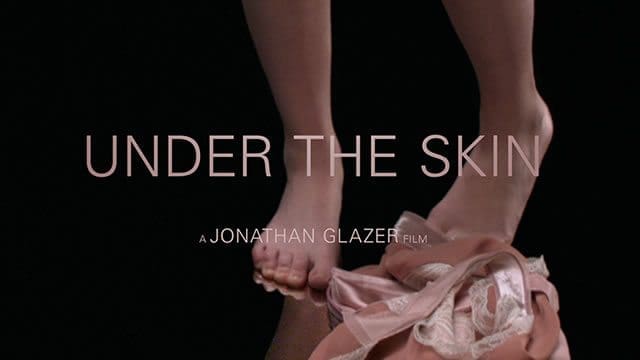 NEW YORK (AP) — Jonathan Glazer’s “Under the Skin,” starring Scarlett Johansson as an alien seductress who trolls Scotland for human prey, is a provocative, disturbing sci-fi shock to the system. The effect is deliberate. The movies, Glazer says, could use a jolt.

“They need a good kick up the ass,” says the 49-year-old British filmmaker.

The appropriately titled “Under the Skin” has already baffled and polarized festival audiences and left slack-jawed critics (mostly) in awe of its alien beauty and mysterious horror. It’s one of the most thrilling and unlikely new releases in some time because it’s such a full cinematic experience — a dark nightmare of images and sound, played out with perhaps the movies’ most alluring female star.

The handsome, amiable Glazer, who made acclaimed music videos and commercials before directing the films “Sexy Beast” and “Birth,” doesn’t come across as a provocateur. But he believes strongly in the unlocked power of movies, particularly when liberated from three-act storytelling and dialogue conventions.

“The medium is extraordinary,” he said in a recent interview over coffee in New York. “There’s so much there, so much to be explored. We’ve taken a turn somewhere in cinema where we want a story that’s clearly articulated. The images can really sing free of that.”

“Singing” would be a gentle way of describing what the images do in “Under the Skin,” which is loosely adapted from Michel Faber’s 2001 novel. The film opens in a strange sensory limbo — a growing white pinhole, a black orb, a human-like eye — that suggest some kind of alien creation of a human form.

That form turns out to be Johansson, who, in a black wig, drives a van around Scotland trying to pick up men. She brings them back to her lair, where Johansson’s unnamed entity disrobes. Trailing behind, her unwitting victims sink into a black pool, where further horrors await.

The scenes of Johansson picking up passers-by were filmed on real Glasgow streets with real, unsuspecting people, and many of the interactions were shot from hidden cameras in the van. (Contracts were signed after such scenes.) So for scenes in “Under the Skin,” one of the most recognizable actresses in the world strolled through a crowded mall and accosted unwitting strangers on the road.

“I had never experienced anything like that, shooting a film that was challenging in ways I never could have predicted,” said Johansson, speaking recently by phone while traveling to promote “Captain America: The Winter Soldier,” which ironically opens simultaneously with “Under the Skin.”

In the unusual circumstances, Johansson had to fight against self-consciousness, she says. But the confidence she gained from doing the film propelled her afterward on Broadway in “Cat on a Hot Tin Roof” and even helped provide the action-star swagger needed for “Captain America.”

“It was a huge milestone for me creatively,” says Johansson of “Under the Skin.” ”I felt much stronger as an actor coming out of production. I felt like I could really be anything.”

Glazer acknowledges he and producers would joke during shooting that Johansson would surely be airlifted out by a helicopter of Hollywood agents, rescuing her from such an art-house oddity. But, he says, their collaboration was surprisingly smooth.

“She never wavered,” says Glazer. “And I put her in some uncompromising situations.”

Integral to the film is its astonishing score by Mica Levi, the young alternative British musician known as Micachu. With an atmosphere reminiscent of Stanley Kubrick’s “2001: A Space Odyssey,” the music is eerily otherworldly, buzzing with the kind of discord that defined Johnny Greenwood’s “There Will Be Blood” score.

Especially memorable are the jagged viola strings and airless beat of Johansson’s theme, which Levi says was conceived to be like “a striptease.”

“We were talking about her putting on her makeup and buying that lipstick and her disguise,” says Levi. “That music is kind of like meant to be another tool for luring in men. It’s like a seductive tune that she puts on.”

“Under the Skin” is human life seen through dispassionate alien eyes. She remains inscrutable — the nature of her mission is mysterious, her backstory nonexistent.

“We tried not to attach too much human comprehensiveness to it,” says Glazer.

Moviegoers see fresh the strange wonder of humdrum life and the exotic beauty of the Scottish Highlands. But our alien protagonist also has nothing like human empathy. Though she subtly evolves, there are discomforting scenes of her ignoring tragedy.

One scene at a beach with a toddler has probably driven the most walk-outs from “Under the Skin” audiences, though Glazer corrects, without regret, “There’s a steady stream of people leaving.”

“It’s important that it’s wild, untamed,” says Glazer. “I’ve always hated films that try to ingratiate themselves, try to get empathy from me, try to tell me that this is the person to root for. I want to make my own mind up about that, as a viewer.”

He’s looking for a different, more uneasy reaction to “Under the Skin,” too. How would he feel about a unanimous standing ovation? “It would be a failure.”