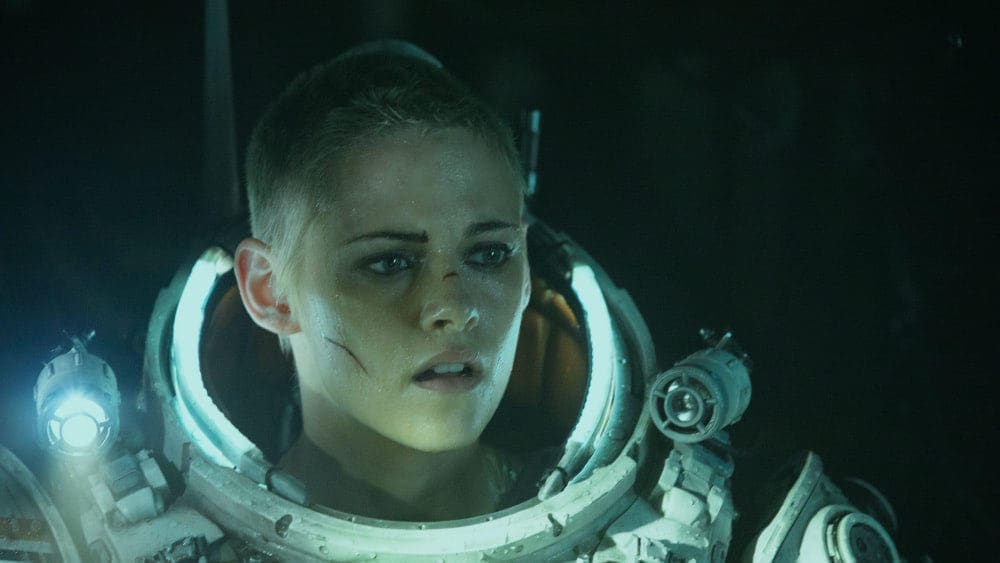 Films involving water offer a unique environment for a story to develop. Like say when an unforeseen disaster strikes at sea. It can send our main character into isolation and cut them off from the rest of the world. There’s always the possibility of rescue, but hope slowly fades as the food runs out and dehydration sets in. The last grasp of sanity leaves their sunburned mind and they eventually succumb to nature’s cold embrace. Not the funnest of scenarios to watch, but the creativity of survival is what makes it interesting.

An even more dire situation lies beneath the surface, several leagues below in the deep depths of darkness. Alliteration anyone? Not only do you have all the elements I mentioned before, you also have tight spaces and a finite oxygen supply. Worse still is the structural integrity of your vessel or submerged workstation. The tons of pressure squeezing on every square inch around you fills your heart with a foreboding dread of anxiety. Although if you suffer from claustrophobia and paranoia, deep sea exploring is maybe not for you. But if you enjoy watching other people suffer this fate, then this latest film is right on the money.

In Underwater, directed by William Eubank, Norah (Kristen Stewart) is working in a laboratory several miles deep inside the Mariana Trench. Her structure is associated with an excavation company that is tasked with drilling for resources in the ocean floor. When an earthquake cripples the facility, Norah and several other employees must race to the nearest escape pod before they run out of air or suffer fatal injuries from the damaged equipment around them. If things weren’t bad enough, a mysterious creature lurks in the shadows that could spell certain doom for our weary survivors.

This movie doesn’t ease you into the action but rather gets you going within the first five minutes. There are explosions, the fear of drowning, the fear of imploding, and plenty of anxious anticipation for the next nightmare to unfold. You only get to know the characters when the suspense takes a beat. For the rest of the time, Norah, her captain (Vincent Cassel), and her fellow crew members desperately attempt to escape one death-defying ordeal after another. The lack of character development surprisingly works because it keeps you on your toes and lets the environment dictate the story. Do we care if these people get out alive? Kind of. Do we want to see them try? Definitely.

There are creatures in this movie that remind me of the film Leviathan. Not in design but in overall setting. I found them to be pretty frightening when I could glimpse them. It’s strange because the situation of surviving miles deep in water is daunting enough, but add in monstrous sea creatures and it’s beyond disturbing. They make a point of saying that perhaps man is not meant to venture this far down. I find the idea of someone being punished for the hubris of discovery to be fun. Curiosity killing the cat on an epic scale. As the movie moves along, those creatures do become more clear and you’ll wish they had stayed in the shadows.

The use of T.J Miller in this film seems out of place at first, and you may find him annoying regardless, but I think his character’s sense of humor in the face of mortal danger is well placed and cuts the tension in several key moments. Every movie that isn’t taking itself too seriously needs some comedic relief to remind the audience this is a ride and being scared is one of the perks.

As far as the fear factor, there are some decent jump scares in this movie. The use of the helmet cameras on the underwater suits puts viewers directly in the line of fire. You are in the same hell they are and any moment something might attack you. The darkness a few feet away is a false sense of security. It’s silent and calm until it comes alive. The dark, the water, the chase for air and safety, and the unknown all make this a nice experience.

Underwater has a fair share of plot holes, but it didn’t take away from my enjoyment. Kristen Stewart did a good job, as did Vincent Cassel and T.J. Miller. Besides the underwater environment and the set design, I really liked the score. It felt retro at times and added a nice science-fiction eeriness to the scenes. It accomplishes what it set out to do, which is put hapless survivors in danger and terrify them for 90 minutes. I’d recommend seeing this at a matinee with a crowd; or wait until it is available to stream and immerse yourself in isolation. On a side note, I’m a fan of Kristen Stewart’s work and usually prefer her avant-garde films, but if she wants to do more horror movies I am all for it.

Synopsis:   A crew of aquatic researchers work to get to safety after an earthquake devastates their subterranean laboratory. But the crew has more than the ocean seabed to fear.