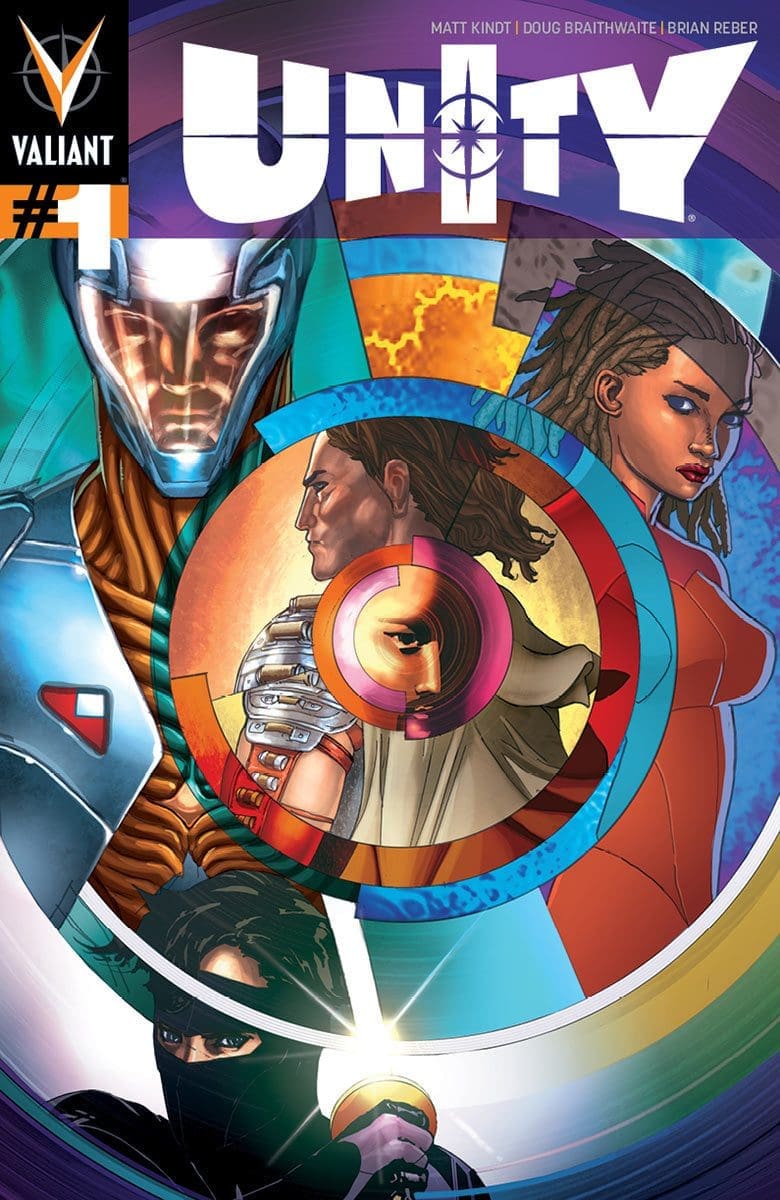 Valiant has been touting Unity #1 not only as a menagerie of its popular characters brought together under one title, but as a one stop shop for brand-new readers looking to dive head-first into this universe. It’s clear from reading this first issue that long-time Valiant readers will get a lot more out of it than someone like me that has never picked up a Valiant title in his life, however for the sake of the clueless, writer Matt Kindt has created quite the inviting inaugural chapter. Unity #1 can be a little overwhelming with names to remember like Gilad, Harada, Ninjak, and Aric of Dacia and a plot mostly surrounding the events of Valiant’s X-O Manowar title, but stick with it. Kindt has new readers’ best interests at heart.

Accounting for the uninitiated begins at the very first page turn with a helpful recap page that summarizes the history of Aric of Dacia, or the X-O Manowar. In short, Aric, heir to the Dacia throne, was unceremoniously kidnapped and made a slave onboard an alien spaceship but returned home 1,600 years later to lead his descendents back to Dacia–now the modern-day country of Romania—resulting in an all-out war with Russia. Unity #1 more or less operates like a political thriller and Kindt introduces a slue of what are sure to be familiar faces of the Valiant collective to form a top-secret team tasked with capturing Aric alive. There’s just enough here about Harada, Gilad, and Ninjak to know that these are some heavy-hitters; curiously, Kindt delivers full introductions for minor characters that become inconsequential by the issue’s end.

Just in case it isn’t obvious enough that characters like X-O Manowar and Gilad mean serious business, artist Doug Braithwaite draws to be as intimidating as humanly possible. From Gilad’s multiple scars to the details of Aric’s high-tech powered X-O Manowar suit, the renderings from Braithwaite tell the stories of each character without the need of expository dialogue. Brian Reber’s light color palette contrasts the nature of the war-torn Romania setting of this book just a bit, but when it comes to delivering a hard-hitting moment like Manowar sending the decapitated head of one victim through the midsection of another victim, the team of Reber and Braithwaite nail it on the gruesome details. In this preliminary stage of the Unity event, now is the time to dive in and explore this universe.

Marvel’s Reign over the Comic Market Continues in July