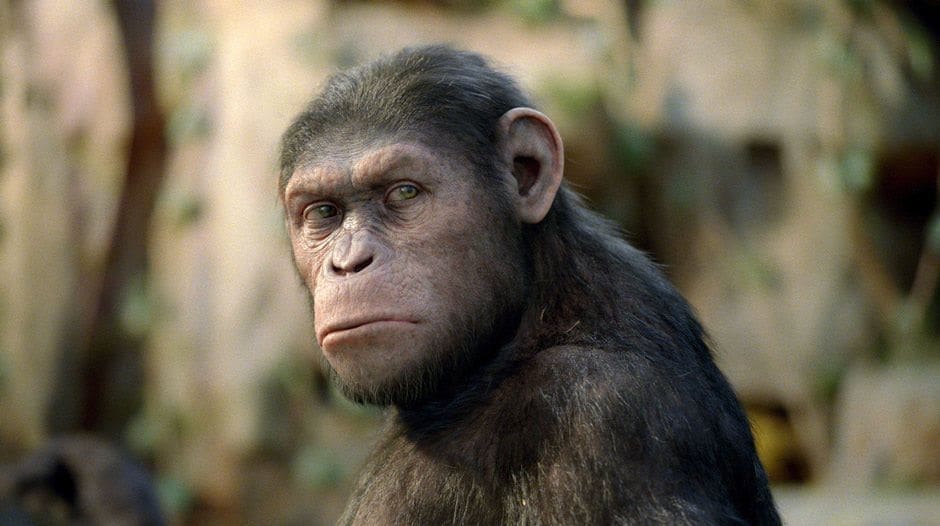 Apes make everything better. I don’t need to tell you that, it’s fairly obvious. Here are eleven examples of how much better some of our favorite works could be with the simple addition of an ape or two.

9. True Blood – Can you think of anything more terrifying than a vampire ape? How about a tribe of them?

8. I Dream of Chimpanzee – An astronaut finds a magical lamp that allows him to summon a mischievous little chimp.

7. Twilight – This would probably still suck, but it Team Jacob were actually weregorillas instead of werewolves, I might have been tempted to watch it

6. Gravity – Who wouldn’t shed a tear at the story of Ham, the first chimp in space, and his terrifying ordeal

5. Two and a Half Men – This season, the show cast Amber Tamblyn as a lesbian, to fill the “Half man” portion of the title. Ape is the next logical step, either to replace Amber or Ashton Kutcher

2. WWE Monday Night Raw – If John Cena can beat Bobo the gorilla in a Hell in a Cell match, he deserves that championship belt.

1. When I gain control of Disney, my first act will be to digitally edit the original Star Wars trilogy and replace all of the wookies with apes. And you can’t stop me. MUAHAHAHAHAHAHA!