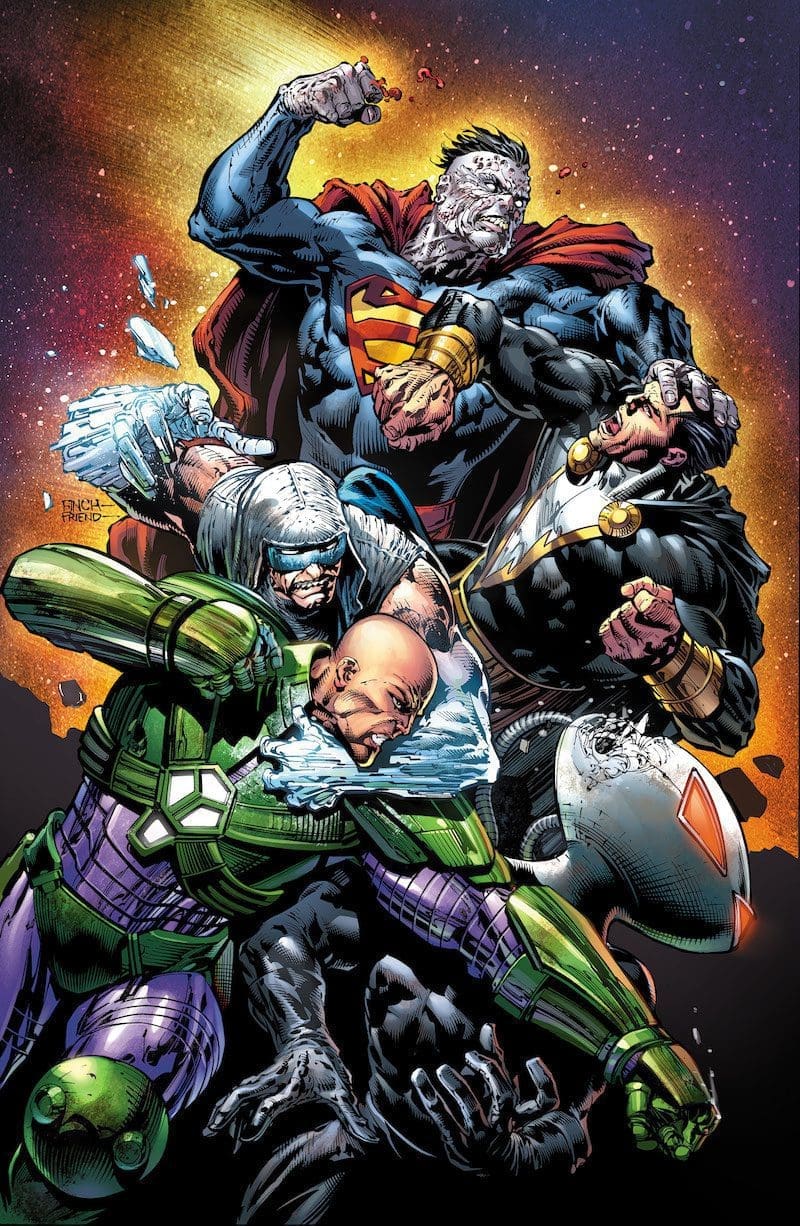 Like the two issues that came before it, Forever Evil #3’s irrefutable strength is in the largely Lex Luthor-centered narrative at its core. Despite the revelation at the end of the last issue that some of the Justice League might still be alive, this series is still rooted in Luthor’s crusade to take the world back from the Crime Syndicate. Geoff Johns has an iron-grip on writing Luthor right now, who delivers a wickedly insightful monologue in this issue about warning the world of its vulnerability in depending so much on Superman. Forever Evil #3 is not without its own weakness, however, as the art fails to live up to the previous chapters and the end of the issue rushes what should have been the gradual assembly of the DCU’s most menacing villains.

Little moments do resound nicely throughout the issue, like when Batman discovers that Dick Greyson has been unmasked and evokes a great deal with such little dialogue to Catwoman as to why he has to find him. Equally resonating though in a comical capacity is a page in which Bizarro attempts to give Luthor a flower and the mastermind reluctantly accepts the offer in order to get his monster to do his bidding. Johns uses a deft hand to push the narrative forward through Luthor’s growing knowledge of the Crime Syndicate, but when it comes to the big moment of the issue where Luthor and Bizarro meet with other disgruntled villains, the plot gets contrived. That Captain Cold, Black Adam, and Black Manta all wind up meeting with Luthor at the same pier is beyond coincidence, and the final image that leads into the next chapter is incredibly cheesy and very unlike the personalities featured on the page.

Not helping matters is that David Finch’s rendering of Luthor in this final page is messy and inconsistent to his appearance throughout the issue, and the rest of the art does not fair much better. In the first few pages alone, the amount of damage to Batman’s cowl changes with each panel to the point where I’m not sure if part of his mask or most of his mask was ripped. It becomes difficult to know exactly what kind of Finch art is going to come with each page turn; some of the rough-looking panels during the Ultraman and Black Adam throw down are surprising given the spectacular splash page featuring Firestorm on the title page of the issue. Much like Bizarro, Forever Evil #3 is not the prettiest or the best, but it gets the job done.

Book Review: Seduction of the Innocent by Max Allan Collins