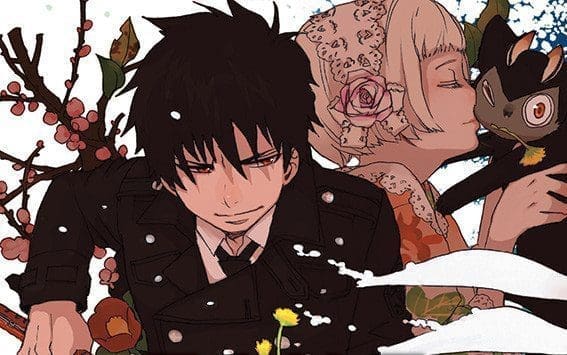 VIZ Media, LLC (VIZ Media), the largest distributor and licensor of manga and anime in North America, delivers a noteworthy new manga title to fans with the release of Kazue Kato’s TIME KILLERS on September 2nd.

The single-volume standalone collection of manga shorts from the creator of the bestselling BLUE EXORCIST manga series will be published under the Shonen Jump imprint, is rated ‘T+’ for Older Teens, and will carry an MSRP of $14.99 U.S. / $17.99 CAN. TIME KILLERS also features 13 pages of full-color artwork as well as a fold-out, full-color gatefold poster.

A digital version of TIME KILLERS will launch digitally on September 2nd for $10.99 (USD/CAN) from VIZManga.com and through the VIZ MANGA App for the Apple iPad®, iPhone® and iPod® touch, Android-powered smart phones, as well as through the store fronts for comiXology, Nook, Kobo, Kindle, iBooks and GooglePlay.

Explore fantastic realms of imagination in this stunning collection of short stories by Kazue Kato. With her amazing and distinctive art leaping from the page, TIME KILLERS includes Kato’s first work, Boku to Usagi (Me and the Rabbit), and also features the stories and character designs that would become her breakthrough series, BLUE EXORCIST. Take off on a flight of fantasy with TIME KILLERS!

“This exciting new release offers a collection of captivating stories and a comprehensive look at Kazue Kato’s earlier work that preceded her current smash-hit manga series, BLUE EXORCIST,” says Mike Montesa, Editor. “The stories in TIME KILLERS move at a quick pace and feature unique characters drawn in the exceptional style that has garnered Kato substantial critical acclaim and a strong international fan base. We invite readers to enjoy this new release from the Shonen Jump imprint in September!”

Manga creator, writer and illustrator Kazue Kato was born in Tokyo in 1980. In 2000, at the age of 19, she won the prestigious Tezuka Award for her work Boku to Usagi (Me and the Rabbit), which was published in Akamaru Jump. From 2005 to 2006 her series Robo to Usakichi, a sci-fi adventure featuring a rabbit (again!), was published in the monthly magazine Shonen Sirius (Kodansha). Her latest series, BLUE EXORCIST, began serialization in Japan Jump Square magazine in April of 2009 and is also published in North America by VIZ Media.

POKÉMON ADVANCED CHALLENGE COMPLETE COLLECTION | Just In Time For The...