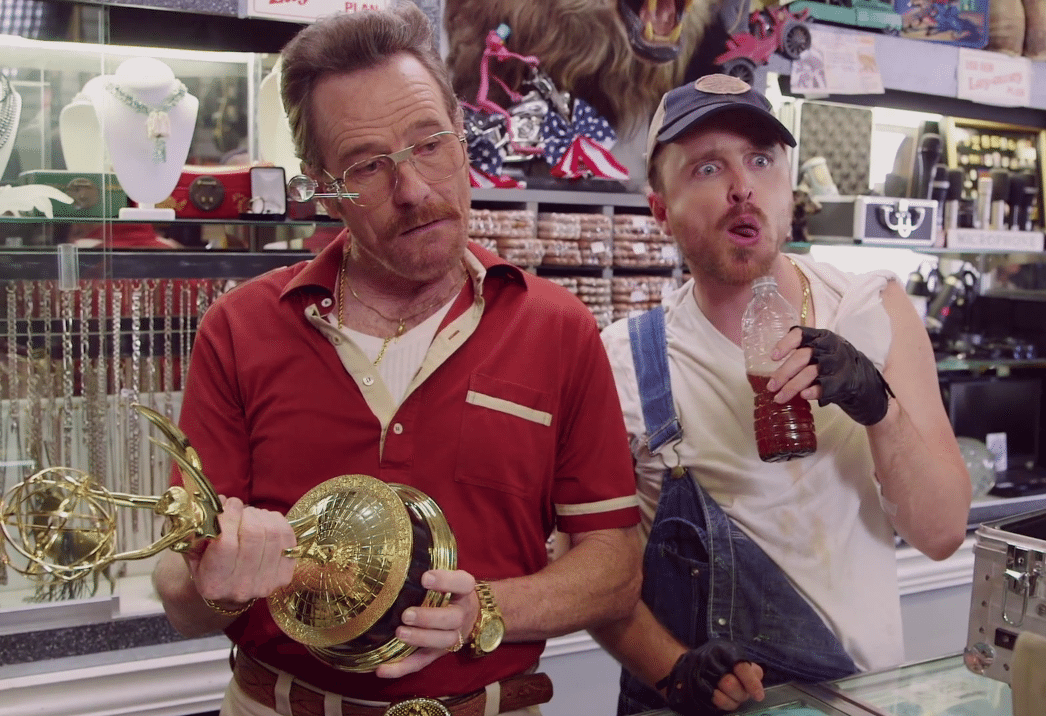 Breaking Bad stars Bryan Cranston and Aaron Paul go into business together running Barely Legal Pawn in this hilarious Emmy Awards preview. Also starring Julia Louis-Dreyfus, she decides to pawn off her Best Supporting Actress Emmy for Seinfeld so that she can buy an island. The only depressing thing about the video is that this is not a regular series. Who would pay to see this series green-lit?