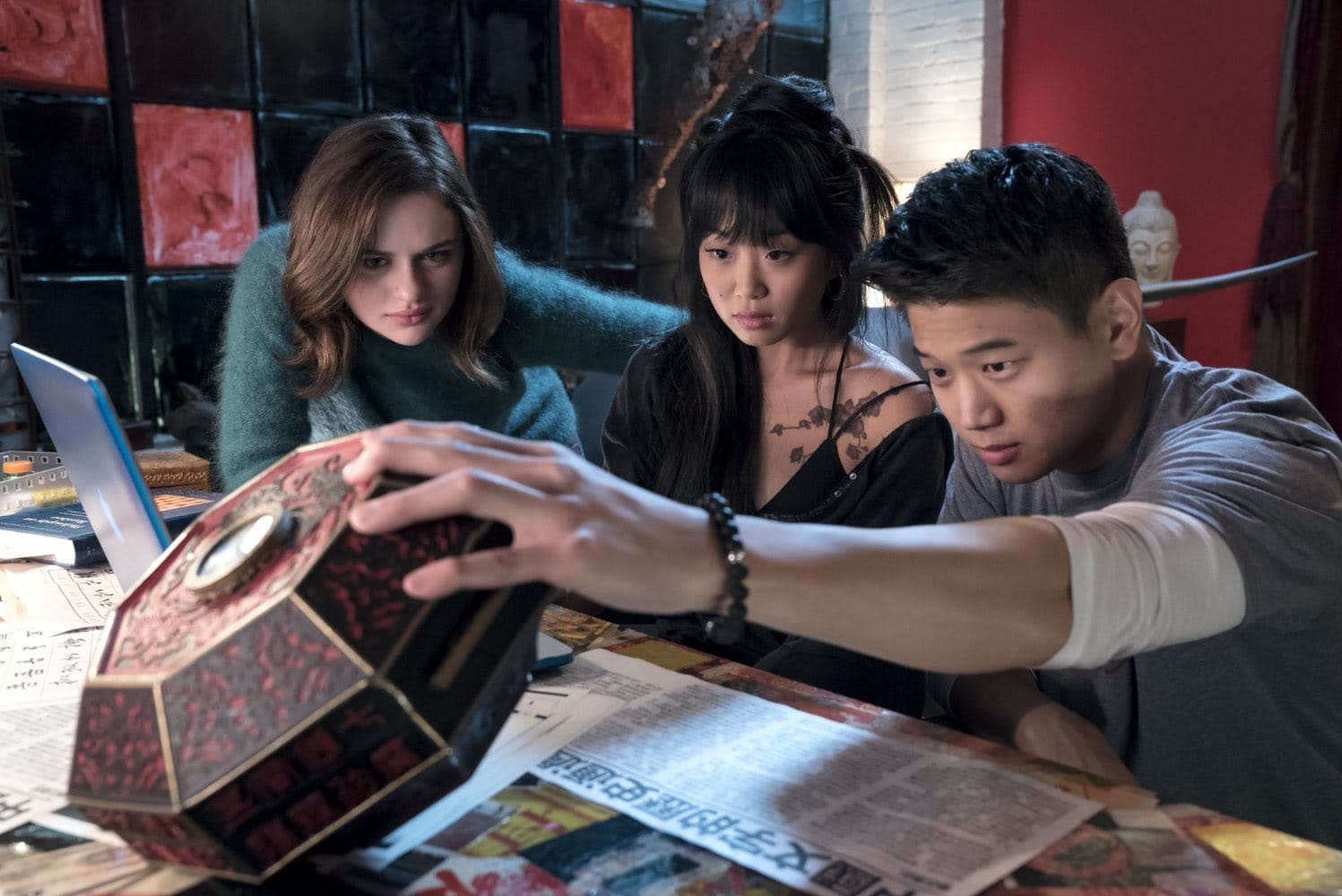 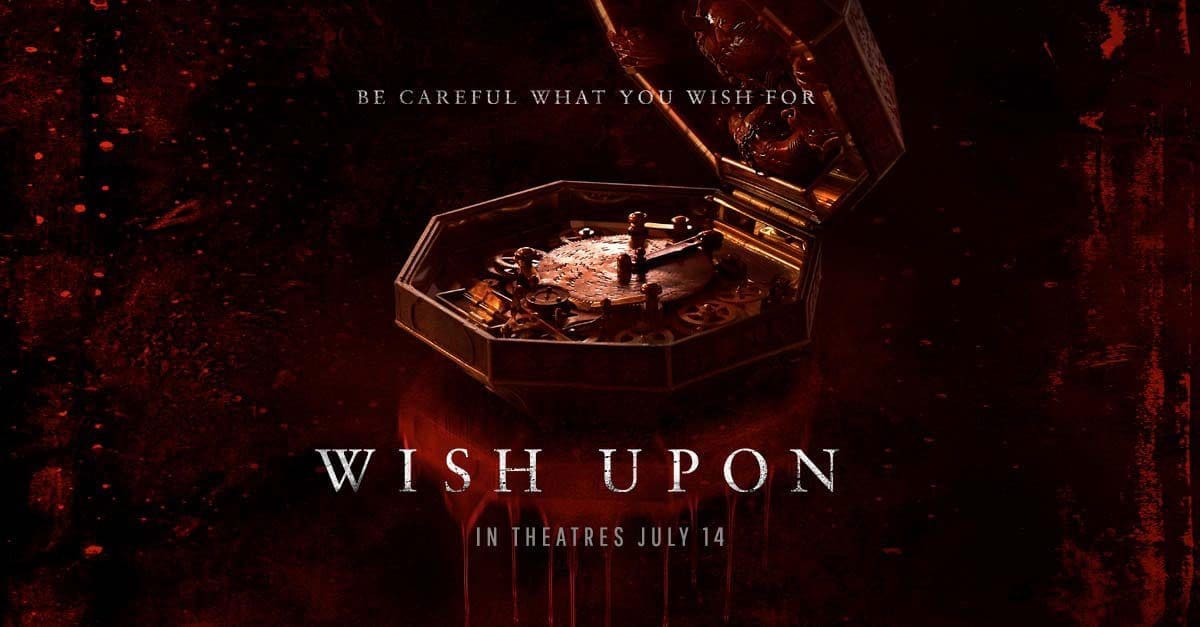 The horror genre relies heavily on established concepts.  Babysitter alone in the house, cabin in the woods, killer doll, slasher on the block, fatal nightmares, human sacrifice, and of course deadly wishes.  I like to call this last concept the monkey’s paw plot, based on an early 20th century short story about an exotic souvenir that granted you your heart’s desire.  The only downside is that something horrible would happen to you or someone you loved in return.  It’s a cosmic bait and switch because the paw is cursed and in turn so are your wishes.  Films such as Tales From the Crypt (1972), Wishmaster, The Gate II, and Bedazzled adapt the monkey’s paw plot device in some way or another.  The key is how the wishes are executed and how the characters respond.  All we are interested in is the inevitable outcome of horrible consequences after each wish and how much deeper down the rabbit hole our protagonist is willing to sink.  As an established concept in horror films, the bigger challenge is making it feel fresh and original.  Which makes me wonder how much time they spent on this script.

In Wish Upon, directed by John R. Leonetti, Clare Shannon (Joey King) is a brilliant, talented high school student that likes to paint.  She has two best friends named Meredith (Sydney Park) and June (Shannon Purser), who both help keep her mind off the negative aspects of being outcasts.  She has to contend with several bullies that harass her every day, as well as suffer the embarrassment of her father Jonathan (Ryan Phillippe), and his friend, digging through dumpsters near her school in search of salvageable goods.

Clare’s mother passed away when she was young and over the years her father has transformed their home into a junkyard of discarded treasures.  One such treasure that he gifts to Clare around her birthday is a music box.  It’s very old and has ancient Chinese writing on it, but she is able to make out the word for wishes.  When Clare decides to insincerely make a wish, it comes true; and that’s when things take a dangerous turn for her and the ones she loves.

What I like about this movie is how devilish the wish-granting becomes.  The movie borrows elements from both The Final Destination franchise and The Butterfly Effect.  There are no real surprises with the kills, but it’s fun to watch all the same.  One particular scene teases the death of two people and you aren’t quite sure who it will be.

Joey King and most of the other actors do a good job with their parts.  I bought them as legit high school students and that helped put me in the right frame of mind.  I believed the moments when Clare made poor decisions and her friends tried to confront her.  I also enjoyed the scenes with Ryan (Ki Hong Lee), a boy in one of Clare’s classes that helps her figure out what the wish box is.  He offers a bit of sanity among the adolescent mayhem.

The issues with this film cannot be understated.  The dialogue, for one, is not good at all.  The actors did the best they could, but there were so many cliched lines it made the movie feel formulaic before the story even took off.  The editing needed work.  There was very little suspense and what suspense we did get was abruptly replaced with another scene.  With a lack of suspense and originality, there were hardly any scares at all.

Everything was predictable and telegraphed, which made each scene an exercise in patience.  The only real fun was expecting everybody to die at some point and hoping that Clare got her comeuppance.  She quickly changes from unlucky child with low self-esteem to selfish, apathetic girl with no regard for human life.  It was the greatest of pleasures watching her life gradually crash and burn.  Still, the story offered no twists or creative outcomes.  It transpired just as one would expect it to and nothing more.

If only the wishes were silly or at least left of normal.  Anything besides the usual mundane I want to be rich or have someone fall in love with me.  I know there is only so much you can do on a horror movie budget, but that’s where the writing comes in handy.  Make it about the characters and put them through crazy scenarios for our enjoyment.  Just make sure it’s not something we’ve already seen.

Wish Upon does not offer anything new, but it is a modern take on an old horror trope.  Joey King is pretty good as Clare and believable as a teenage girl with few friends.  Sydney Park and Shannon Purser are even more believable.  Ryan Phillippe doesn’t get a lot to work with, but that goes for everybody on screen.  The dialogue is a struggle, but you might get a much-needed, yet unintentional, laugh out of it.  I recommend you save this for the dollar theater or a streaming service.  It may be a horror movie with next to no scares, but it does offer some decent kills and the wish box is still a cool idea that someone can improve upon in the sequel.  It worked for Ouija.

Synopsis: A teenage girl discovers a box that carries magic powers and a deadly price for using them.