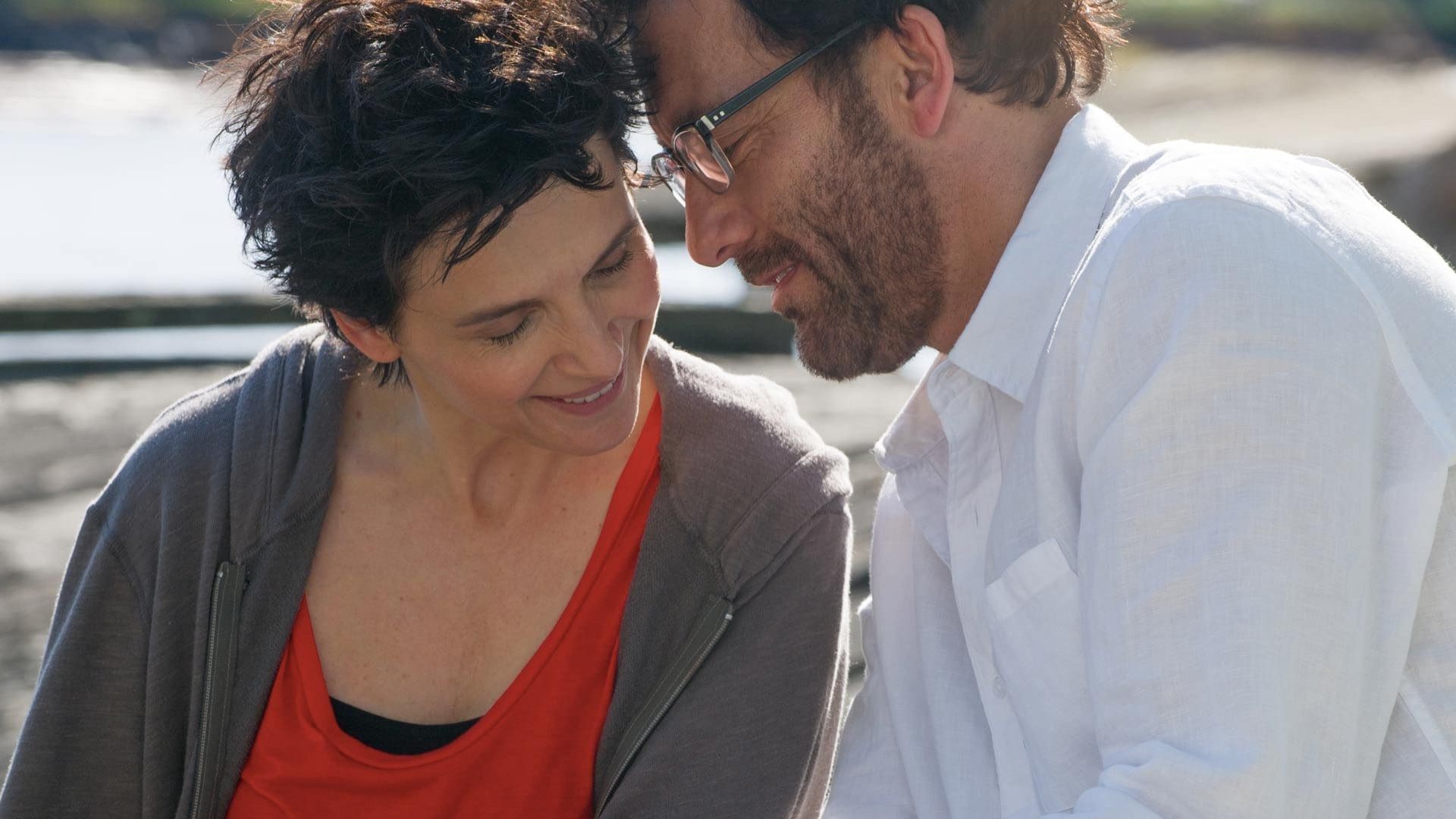 One could look at this movie as a romantic comedy, but it doesn’t focus very much on either of these elements. Rather it takes our two main characters and showcases their personal struggles, while developing a relationship between them through a common goal.  It’s this distinction and the background plot that make this a pleasure to watch.

In the movie Words and Pictures, directed by Fred Shepisi, English honors teacher Jack Marcus (Clive Owen) is on the verge of losing his position at a prep school unless he can encourage more passion in his students, and provide a noteworthy piece of writing the school can show off. Jack’s energy for his job has waned over the last few years as a result of his writer’s block, which leads into his ongoing problem with alcoholism.  He spends his lunches consuming large amounts of liquor to finish out the day, yet still manages to provide inspiring classes you wish you could attend. He is introduced to a new art teacher by the name of Dina Delsanto (Juliette Binoche), and attempts to welcome her with a word game since that is his expertise.  She’s reluctant at first, but eventually is eager to play along. When Dina suggests later on to her students that pictures and paintings are more important than words, it gets back to Jack who not only emphatically disagrees, using quotes from famous writers, but suggests the school set up a words versus pictures debate at the end of the year.

The story focuses mainly on these two characters and their personal problems.  While Jack suffers from a drinking problem, Dina copes with rheumatoid arthritis; an affliction that prevents her from wanting to share her gift of painting in public. She seems reserved most of the time, but opens up as the film goes on. Choosing to have her work done at home, she dances across her floor with her brush or mop suspended by a rope, so her hands don’t have to bear the weight.  She spends the movie contemplating the best argument for pictures and also getting to know Jack as a person.

The cast as a whole give strong performances throughout. Clive Owen and Juliette Binoche play their parts very well together. There is a genuine quality in their performance that feels real.  The rest of the cast are also fun to watch, specifically Bruce Davison as Walt, one of Jack’s fellow teachers and close friend. He provides some levity where needed and tries to steer Jack in the right direction. The students aren’t all too memorable, but are still an excellent class for Jack and Dina to bounce lines off of.

References in the movie are made to Dead Poet’s Society, although most of those scenes can be attributed completely to Clive Owen’s performance. He spouts off literary gems left and right and you can see why his class loves him so much.  It’s actually amazing how capable he appears to be in spite of his drinking.

Something that rounded out Juliette Binoche’s character Dina, and yet showed an unfortunate weakness, was her stating that if she didn’t get close to Jack she might be missing out on her last chance at happiness.  It probably doesn’t help that she voluntarily sheltered herself because of her condition, relying occasionally on her sister’s assistance.  So she does ignore the glaring flaws in Jack that would surface later on.  Dina wrestles constantly with her emotions for her work and her personal life, but the impending debate raises a fire in her, as it does Jack, that she hadn’t experienced for some time. So those emotions are healthy and necessary. Whether Jack is capable of reciprocating is another thing entirely.

I can easily recommend this movie for the message it gives about appreciating the written word and pictures in any form, but Clive Owen and Juliette Binoche deliver that message much more eloquently than I ever could; and they are the best messengers for it.  The story that brings these two together is told in such an authentic way that you can only smile and admire the relationship literature and art have, not only in the classroom, but in their lives and ours as well.

About: Words and Pictures

Synopsis: An art instructor and an English teacher form a rivalry that ends up with a competition at their school in which students decide whether words or pictures are more important.