Geek News Network
Home Topics Art/Music Works by Leonardo da Vinci Will Be On Display in Arizona for... 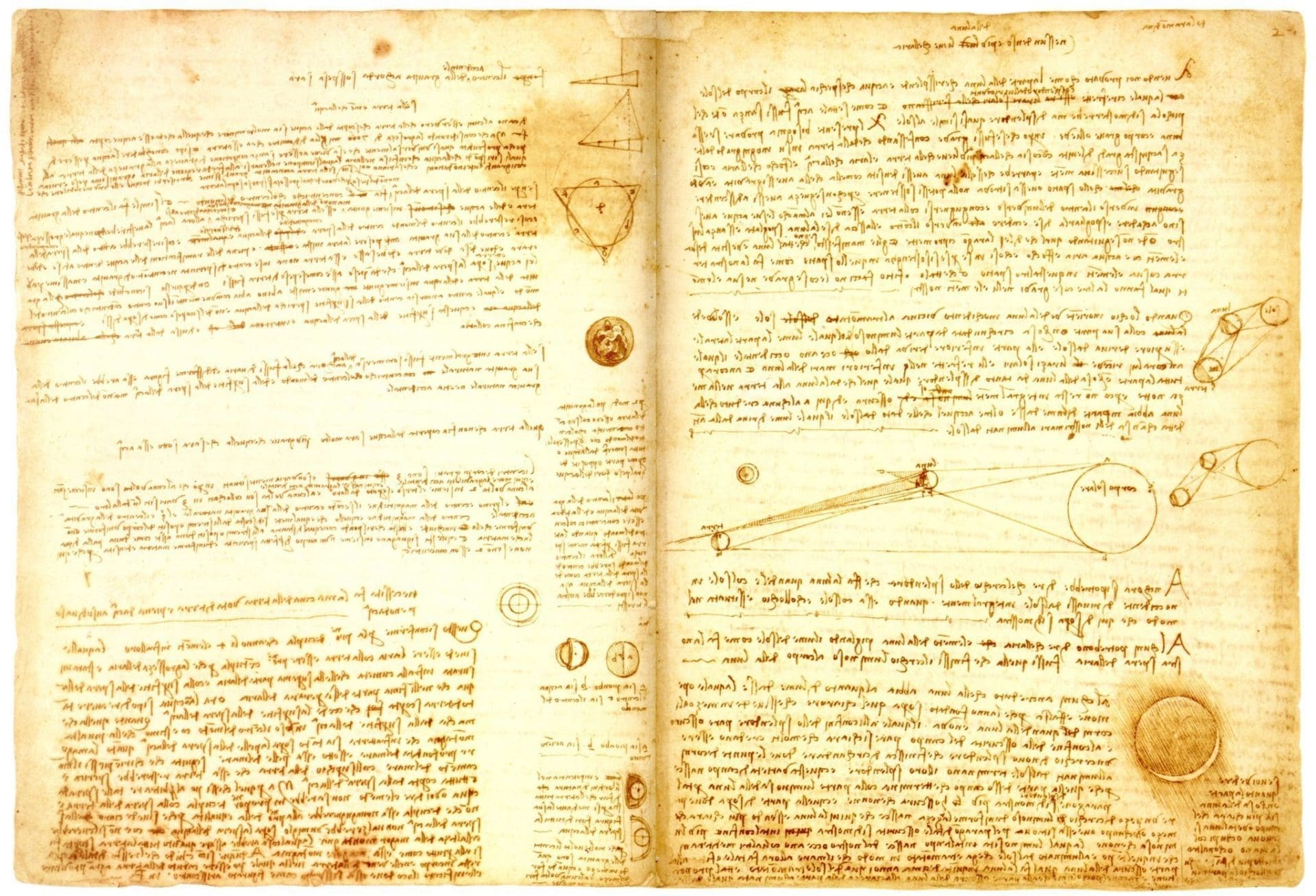 Leonardo da Vinci’s Codex Leicester and the Power of Observation will open at Phoenix Art Museum on January 24, 2015. The exhibition is focused around the Codex Leicester—comprised of 18 double-page and double-sided sheets (72 pages total). This is the only manuscript by Leonardo in a private American collection and one of the world’s most important intellectual manuscripts.

Focused primarily on Leonardo’s study of water and the moon, the codex pages display his creative process, the way he reasoned through a concept, and how he influenced artists throughout centuries. Along with the Codex Leicester will be 31 additional artworks by artists ranging from Claude Monet and Gustave Courbet, to Ansel Adams and Bill Viola. Included will be paintings, photographs and a video installation, depicting a broad range of subject matter including water, waves, shells, peppers, milk, geysers, leaves, sand, oceans and the moon. The oldest of the accompanying artworks included will be Jacopo de’ Barbari’s massive View of Venice (1500), the first printed image to receive a copyright, and the most recent will be Devorah Sperber’s After the Mona Lisa 8 (2010), a work comprised of more than 1400 spools of thread. The exhibition as a whole will help visitors better understand how Leonardo da Vinci’s observational skills have continued to be practiced by modern-day artists. Leonardo’s in depth study, notes and illustrations on the movement of water are especially relevant to the people of Arizona.

There’s no question that Leonardo da Vinci (1452-1519) was one of the most intriguing people to ever live. Brilliant in the arts, sciences and engineering, he was driven by a deep sense of curiosity about the world around him, recording his observations on scores of paper sheets that were later gathered and bound as manuscripts, or codices. Leonardo’s active mind and working method are defined in this exhibition by three primary characteristics: curiosity, direct observation and thinking on paper. These characteristics are vital parts of the creative process and they pave the way toward great discoveries and inventions. “This exhibition of Leonardo’s Codex Leicester will be groundbreaking in its approach, bringing Leonardo into a broad artistic context that explores his continuing influence on artists into our own time,” said Jerry Smith, curator of American and European art to 1950 and art of the American West at Phoenix Art Museum.

Making Leonardo da Vinci and the Codex Leicester relevant for today’s audience is the goal of this exhibition. Visitors and academic institutions will participate in programs developed around ideas expressed by Leonardo in the Codex Leicester. “Leonardo was a true Renaissance master and we are able to celebrate his genius through the Codex Leicester,” said James K. Ballinger, The Sybil Harrington Director at Phoenix Art Museum. He added, “This will be the first time original work by the hand of Leonardo will be presented in Arizona, and we are pleased the Museum can create a platform for our community to better understand the challenges we face regarding water resources in the future. This is exactly the kind of project we should be presenting for our visitors.”

Phoenix Art Museum has provided access to visual arts and educational programs in Arizona for more than 50 years and is the largest art museum in the Southwestern United States. Top national and international exhibitions are shown alongside the museum’s collection of more than 18,000 objects of American, Asian, European, Latin American, Western American, modern and contemporary art, photography and fashion design. The museum hosts photography exhibitions through its landmark partnership with The University of Arizona’s Center for Creative Photography in Tucson. Visitors can also enjoy the PhxArtKids gallery, the Dorrance Sculpture Garden, the Thorne Miniature Rooms of historic interiors, and a collection of works by renowned Arizona artist Philip C. Curtis. For additional information about Phoenix Art Museum please visit phxart.org or call 602-257-1880.