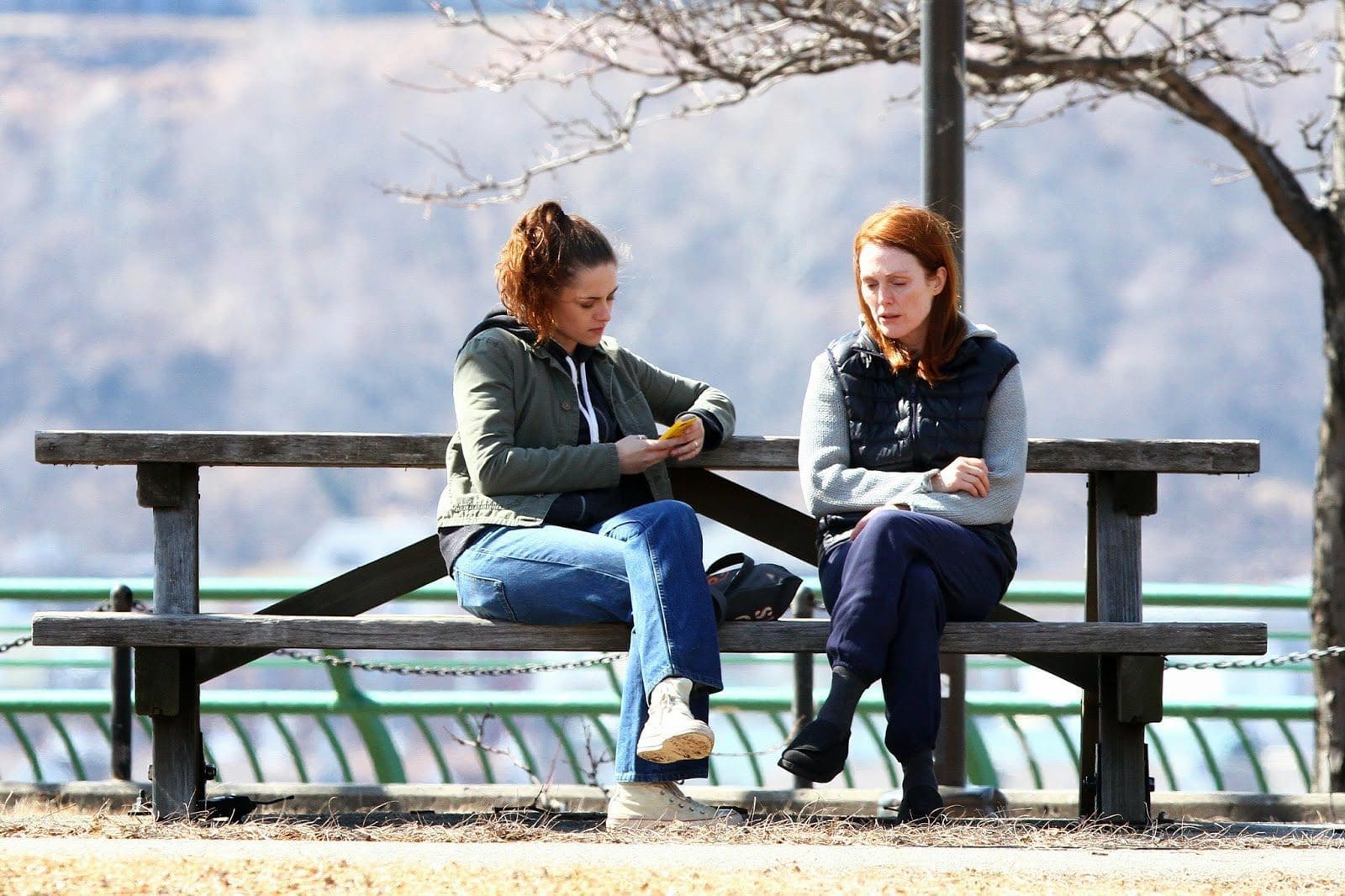 The only thing worse than losing someone you love is losing the memory of them.  Forgetting their name and how much they mean to you can be devastating and, except for that brief and fleeting intuition that they are important in your life, you remain blissfully oblivious until someone tells you directly what you are missing.  Many people on this planet suffer from Alzheimer’s and the effects can be more damaging than any other debilitating disease.  At some point you many not be able to hold onto the things that made your life feel so wonderful and fulfilling.  Shrouded in clouds of mental glaucoma, you struggle to reach for the words to express and share your thoughts.  Which is why it is imperative we take the time to let those we do care about know what they mean to us as often as possible.

In Still Alice, directed by Richard Glatzer and Wash Westmoreland, Alice Howland(Julianne Moore) has a busy schedule as a linguistics professor, giving lectures on related topics and teaching at Columbia University.  In her downtime she shares conversations and dinner with her four children who seem to have successful careers of their own, except for Lydia(Kristen Stewart) who struggles as an actress on the west coast.  Her husband John(Alec Baldwin) is also a doctor who focuses on medical research.  Once Alice begins to forget little things such as words and where she’s going, she sees a doctor in secret to hopefully assuage misplaced fears that are later confirmed.  After a few tests and procedures, she is diagnosed with early onset Alzheimer’s and, because of her high intelligence and the nature of this type of Alzheimer’s, the symptoms will continue to increase in severity until she forgets who or where she is.  Fortunately her family is there to help her through the transition, albeit with mixed results as they have a hard time putting their own petty squabbles aside to make sure Alice stays calm.  Any undue stress exacerbates the problem and Lydia, who seems to sympathize the most, makes an effort to get along with her sister Anna(Kate Bosworth), whom Alice repeatedly confuses for her own sister.

While her husband John does everything he can to keep their daily lives intact, he can only help so much and does not fully understand the new world Alice is travelling through.  One in which the same room she walked into everyday for decades is now strange to her eyes and the frustration of finding people, places, and things can drive her mad or leave her just perplexed and content, like thinking you just experienced a pleasant evening yesterday when it was really a month ago.  Alice needs constant reminders to stay on track.  Her knowledge of losing herself in her own mind makes her record a video for her later self.  Instructing her to commit suicide in the event she cannot answer several simple, personal questions on her smartphone.  Unfortunately she forgets to answer those questions and even the video she made, only stumbling upon it by accident months later.  Her own plan doesn’t go as expected and she is too far gone to communicate those thoughts to anyone.

I found Julianne Moore’s performance brought all the energy to this movie, which could have been very depressing throughout.  She is very lively in the beginning of the movie and you want to share a drink with her and listen to her talk.  The measured deterioration of her memory is both captivating and heart-wrenching.  Much of the story is spent just watching her and we do see some of the family dynamic, but, for the most part, her family has a very ancillary presence.  The only other character with some depth, besides the husband, is Lydia.  Kristen Stewart at first is more focused on her acting career, but over time realizes what she is losing and gets closer to her mom.  Trying to be a visible reminder, solidifying that fading image of affection Alice still holds onto.  If all else fails, the love we share is the last thing to go and, hopefully, never does.

Still Alice is about Alice and for that I recommend this amazing portrayal of someone struggling through Alzheimer’s, carried excellently by Julianne Moore and supported by Kristen Stewart and Alec Baldwin.  I would have preferred a more developed story of the family as a whole, but to get what we got is a real service to the disease and a beacon of hope to those affected or have family or friends on this journey.  Never forget to remind them how you feel.

Synopsis: Alice Howland, happily married with three grown children, is a renowned linguistics professor who starts to forget words. When she receives a devastating diagnosis, Alice and her family find their bonds tested.

Adam Baldwin has alzheimers? Not a laughing matter, but HELL YEAH!!! Hopefully he forgets how to poop and goes all over himself.